After the AHRP Infomail about the ever so gentle rebuke meted out to Drs. Joseph Biederman, Thomas Spencer and Timothy Wilens by , we received an essay (posted below) from Jacob Azerrad, PhD, a clinical psychologist.

" The real scandal perpetrated by Biederman has nothing to do with his consulting fee shenanigans and everything to do with the real life (and death) consequences of the methods now used by modern pediatric psychiatry to tag normal childhood behaviors with diagnoses – like “childhood bipolar” -- and the pediatric medical profession’s complicit acquiescence to such malarkey.  It has been nothing short an epic assault on our children by those who prescribe antipsychotic medications as an antidote to normal childhood behavior."

Child Bipolar Disorder Imperiled by Conflict of Interest
Dr. Biederman has been a forceful leader in encouraging the diagnosis of bipolar disorder in children. He has published numerous studies in scientific publications and has been funded by NIMH and pharmaceutical companies.  He and his research group at Harvard are strongly associated with the forty fold increase in office visits by children and adolescents for the treatment of bipolar disorder between 1994-1995 (20,000) and 2002-2003 (800,000) (Moreno et al, Archives of General Psychiatry).  Recently, he claimed that up to five percent of child psychiatric patients have bipolar disorder (see). The DSM-5 committee of the American Psychiatric Association has been critical of the diagnosis of bipolar disorder in children and plans to substitute a new diagnostic term for the children that have been characterized as bipolar by the Harvard group.

Until now…. only lithium has been approved to treat bipolar disorder in adolescents ages 12 and up.

Recently a U.S. Senator uncovered something close to the Cockroach Catcher’s heart: bipolar disorder in children.

Over the last ten years or so, I kept meeting friends in the U.S. whose children seemed to progress from one psychiatric diagnosis to another with frightening regularity, the most common being from ADHD to Bipolar. One grandmother recently asked me what I thought of Bipolar illness in children.

Being an experienced and seasoned psychiatrist, I was able to bounce the question back.

“Well my grandson of five has just been diagnosed. To me he is just an imaginative bright young thing and I never really had any problems with him when he spent part of the school holidays with me. But now he is on all these medications……” she told me.

Well, a few years ago I was at an American Psychiatric Association conference, where a strong case was made for diagnosing children with Bipolar and giving them the modern anti-psychotic drug. I was impressed then.

Later I was more impressed that a single person seemed to have been able to push through a whole new agenda for the diagnosis of Bipolar disorder in children and their treatment.

ADHD was the old black. Bipolar became the new black.
In the New York Times, the headline reads:Child’s Ordeal Shows Risks of Psychosis Drugs for Young

At 18 months, Kyle Warren started taking a daily antipsychotic drug on the orders of a pediatrician trying to quell the boy’s severe temper tantrums.

The boy’s daily pill regimen multiplied: the antipsychotic Risperdal, the antidepressant Prozac, two sleeping medicines and one for attention-deficit disorder. All by the time he was 3.

He was sedated, drooling and overweight from the side effects of the antipsychotic medicine. ……Mother: “I didn’t have my son. It’s like, you’d look into his eyes and you would just see just blankness.”

A Columbia University study recently found a doubling of the rate of prescribing antipsychotic drugs for privately insured 2- to 5-year-olds from 2000 to 2007. Only 40 percent of them had received a proper mental health assessment, violating practice standards from the American Academy of Child and Adolescent Psychiatry.


In the New York Times, the headline reads:

“A world-renowned Harvard child psychiatrist whose work has helped fuel an explosion in the use of powerful antipsychotic medicines in children earned at least $1.6 million in consulting fees from drug makers from 2000 to 2007 but for years did not report much of this income to university officials, according to information given Congressional investigators.”

Who is the psychiatrist?

“By failing to report income, the psychiatrist, Dr. Joseph Biederman, and a colleague in the psychiatry department at Harvard Medical School, Dr. Timothy E. Wilens, may have violated federal and university research rules designed to police potential conflicts of interest, according to Senator Charles E. Grassley, Republican of Iowa. Some of their research is financed by government grants.”
It was Dr Biederman’s presentation I heard at the conference I mentioned earlier. This is interesting!

The New York Times was quick to point out that these figures were most likely an under-estimate.
“Dr. Biederman is one of the most influential researchers in child psychiatry and is widely admired for focusing the field’s attention on its most troubled young patients. Although many of his studies are small and often financed by drug makers, his work helped to fuel a controversial 40-fold increase from 1994 to 2003 in the diagnosis of pediatric bipolar disorder, which is characterized by severe mood swings, and a rapid rise in the use of antipsychotic medicines in children. The Grassley investigation did not address research quality…..

In the past decade, Dr. Biederman and his colleagues have promoted the aggressive diagnosis and drug treatment of childhood bipolar disorder, a mood problem once thought confined to adults. They have maintained that the disorder was underdiagnosed in children and could be treated with antipsychotic drugs, medications invented to treat schizophrenia….

Doctors have known for years that antipsychotic drugs, sometimes called major tranquilizers, can quickly subdue children. But youngsters appear to be especially susceptible to the weight gain and metabolic problems caused by the drugs, and it is far from clear that the medications improve children’s lives over time, experts say.

What is the number of children involved?
“Some 500,000 children and teenagers were given at least one prescription for an antipsychotic in 2007, including 20,500 under 6 years of age, according to Medco Health Solutions, a pharmacy benefit manager.”

Under 6 years of age!!! Take a look at this tragedy in The Boston Globe.

A girl of 4 died. These are the words in The Boston Globe;

“Finally, it's sad but true -- the field of child psychiatry is afraid of Biederman. One can hear the worries and fears whispered in the academic halls and clinics over where Biederman has taken the profession. Yet to politely challenge Biederman in public is to risk public retribution and ridicule from him and his team. Also academic researchers in child psychiatry risk losing their funding if they criticize this darling of the pharmaceutical industry, which provides most of the money these days for psychiatric research.” Dr. Lawrence Diller
The San Francisco Chronicle
March 27,2009
“Dr Biederman appears to be promising drugmaker Johnson & Johnson in advance that his studies on the antipsychotic drug risperidone will prove the drug to be effective when used on preschool age children.”And we do not have to wait for an eclipse. Wow! I have to declare that I have heard him at a conference and I reported this in a previous blog: Bipolar and ADHD: Boys and Breasts.

“Biederman's status at Harvard and his research have arguably made him, until recently, America's most powerful doctor in child psychiatry. Biederman has strongly pushed treating children's mental illnesses with powerful antipsychotic medicines. Diagnoses like ADHD and pediatric bipolar disorder, along with psychiatric drug use in American children, have soared in the last 15 years. No other country medicates children as frequently.”

No other country medicates children as frequently!
“Reports from court actions, along with an ongoing investigation of conflict of interest charges led by Sen. Chuck Grassley, R-Iowa, threaten to topple Biederman from his heretofore untouchable Olympian heights. Biederman has cried foul.”

“He says the drug company dollars (declared and undeclared) have not influenced him or his research. He had agreed temporarily to sever most of his financial ties with the drug industry pending the outcome of the ongoing inquiry.

“He claims his science and publications are pure, supported by a peer-review system that is supposed to verify accuracy and authenticity. Finally, he challenges as office gossip reports of his legendary anger and intolerance of those who disagree or don't support his proposals.”
In The New York Times:

"In a contentious Feb. 26 deposition between Dr. Biederman and lawyers for the states, he was asked what rank he held at Harvard.

Latest: 3 Researchers at Harvard Are Named in Subpoena

Personal Experience:
Looking back at my career as child psychiatrist for over 30 years, I can count six bipolar cases, one at age 11, three between 13 and 16 and two over 16. All of them responded extremely well to Lithium.

Although the Grassley investigation did not address research quality, the New York Times article reported dissenting voices from other top psychiatrists:

“The group published the results of a string of drug trials from 2001 to 2006, but the studies were so small and loosely designed that they were largely inconclusive, experts say. In some studies testing antipsychotic drugs, the group defined improvement as a decline of 30 percent or more on a scale called the Young Mania Rating Scale — well below the 50 percent change that most researchers now use as the standard.

“More broadly, they said, revelations of undisclosed payments from drug makers to leading researchers are especially damaging for psychiatry.” 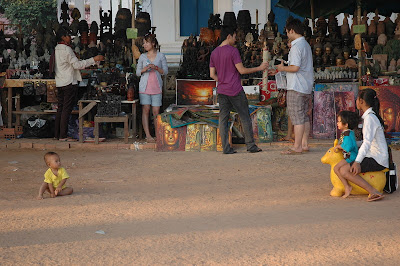 Bipolar Disorder: Lithium-The Aspirin of Psychiatry?
Posted by Am Ang Zhang at 9:58 AM

First off, I came across your site and wanted to say thanks for providing a great resource to the mental health community.

I thought you might find this bipolar disorder fact sheet helpful for your readers, as it shows symptoms, treatment and stats about the disorder: http://www.healthline.com/health/bipolar-disorder/fact-sheet

Naturally, I’d be delighted if you share this embeddable graphic on http://cockroachcatcher.blogspot.com/2015/06/bipolar-in-children-god-scandal.html , and/or share it with your followers on social. Either way, keep up the great work Am!