The old Plough is trending again!

A blog post that is going to hit 12000 hits soon. Thanks for all the interest. The days of genuine free observation of medical conditions are very rare and Leo Kanner stood out among doctors as one of these rare ones. In an era when Autism is diagnosed left right and centre it may be the right time to return to Kanner's stricter criteria for diagnosis.

There may be value in not making the diagnosis as one doctor friend found out:

The Cockroach Catcher has evoked many images, memories, emotions from my own family circumstances and clinical experience.

My eldest son was very pretty as a child and experienced severe OCD symptoms, necessitating consultations with a psychiatrist at an age of 7 years. The doctor shocked us by advising an abrupt change of school or we would "lose" him, so he opined. He was described as being aloft and detached as a child. He seldom smiled after arrival of a younger brother. He was good at numbers and got a First in Maths from a top college later on. My wife and I always have the diagnosis of autism in the back of our mind. Fortunately, he developed good social skills and did well at his college. He is a good leader and co-ordinator at the workplace. We feel relieved now and the years of sacrifice (including me giving up private practice and my wife giving up a promising administrative career ) paid off. 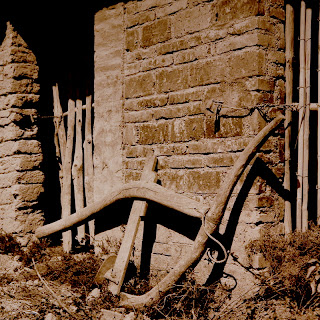 In 1943 Leo Kanner published a paper that would, with Asperger’s work a year later, form the basis of present day understanding of Autistic Spectrum Disorder. He considered five features to be diagnostic. These were: a profound lack of affective contact with other people; an anxiously obsessive desire for the preservation of sameness in the child's routines and environment; a fascination for objects, which are handled with skill in fine motor movements; mutism or a kind of language that does not seem intended for inter-personal communication; good cognitive potential shown in feats of memory or skills on performance tests, especially the Séguin form board . He also emphasized onset from birth or before 30 months.

The observational approach to clinical diagnosis creates a problem when there is little understanding of the actual cause of the symptoms.  This is a problem for modern medicine as a whole but a good deal more so for psychiatry. Today there is a better understanding of brain physiology and biochemistry, thanks mainly to the advances in imaging techniques and nuclear medicine. Through our knowledge of neurotransmitters we are getting closer to understanding some of the most serious psychiatric conditions, but we are still a long way off.

Any diagnosis based on symptom manifestations is likely to end up with controversies especially with the shifting of diagnostic criteria. What seemed like a straightforward set of criteria when I was training has been subjected to revision after revision.  In the beginning, diagnosing Autism based on Kanner’s strict definition was clear-cut. With subsequent changes in diagnostic criteria it became harder and harder to the point that the diagnosis essentially became a matter of opinion. To the parents, the opinion counted at first if it was from an expert, then from a well-known expert, but as time went on the opinion only counted if it matched their own. Since autism became recognized as a severe disability by many governments, the lure of special education packages and other benefits begins to blur the true picture.

According to the findings in a paper published in the Lancet in 2006, the prevalence of childhood autism in  was estimated to be 116 per 10,000, but only 24.8 per 10,000 based on the narrower definition.   The researchers found that prevalence of autism and related ASDs (autistic spectrum disorder) was substantially greater than previously recognised.

No genetic mutation nor environmental factor could explain the rise in a ten year period. 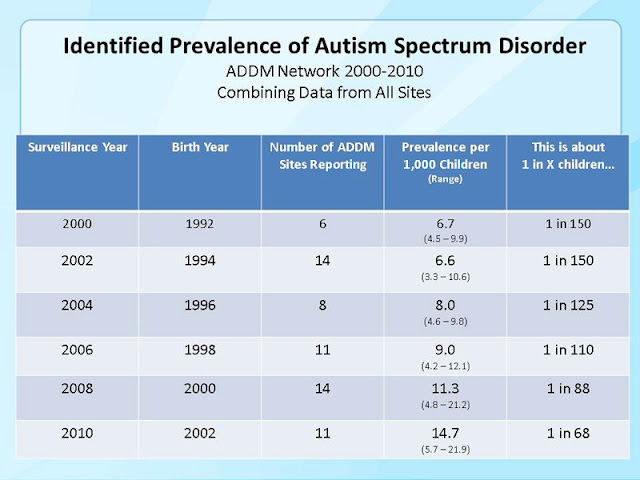 Madness and Ethnicity: Part A

Madness and Ethnicity: Part B
Posted by Am Ang Zhang at 2:18 PM