It has been a few years since The Cockroach Catcher retired and in that time, the landscape of child & Adolescent Psychiatry has changed.

Without much public notice, much of this sub-specialty has shifted into private hands. Just around half the last time I looked.

I have personally dealt with "gaming" by private insurers. Now, it looks like the gaming is over as the payer is the NHS. You only need to look at the papers to realise that Anorexia Nervosa in particular is a growth industry. They are difficult to treat, recovery is not guaranteed and when the payer is the NHS: WOW! 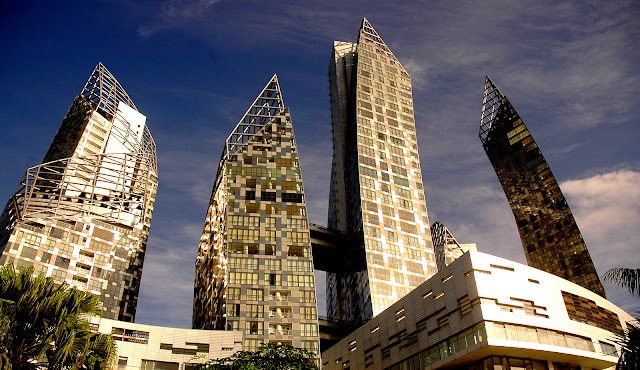 In the field of medicine, to promote something one needs to publicise something that is not directly related to what you want to promote. Vitamin D deficiency is one such item in recent times. Instead of promoting limited sunshine, the tablet or capsule is being promoted, everywhere! We have for a long long time various hints of Statin and its various beneficial effects. Yet a close friend had dementia and diabetes and another had double vision. The latter recovered 6 weeks after stopping the Statin, not so my friend with diabetes. She could no long remember me.

Another friend had open heart surgery and her surgeon told her to throw away the Statin.

There may indeed be some good doctors left, in the NHS.

Looks like the attack is now on Anorexia Nervosa. The Cockroach Catcher had to face a team from a private hospital wanting to make money from the NHS by asking the NHS to continue to fund anorexia treatment as she has USED UP her health insurance money. Now the situation is much worse in our beloved NHS as there is a number of closures of NHS Adolescent Psychiatric inpatient units and many such In Patients are sub-contracted to the private sector even before the term AQP emerged.

Has it not occurred to anyone that there are some very clever people working for the so called AQPs.

As we move into the gaming era of the NHS, The one diagnosis that will be on AQP's list will be Anorexia Nervosa. Unlike hip replacement, the variation of the condition is such that it is ripe for Private Providers to make a case for a fairly long drawn out treatment. AQP will not worry as "the longer, the better". Of course the patient must not die and if you think I am skeptical, I am as I have seen it even before all this Reform or Deform.

That is why I have argued that where there is such an incentive, "gaming" will happen and Mr Cameron. Don't say that nobody told you.

“….Ethics in medicine has of course changed because money is now involved and big money too. What was in dispute in this case was that the private health insurance that sustained Candythrough the last eighteen months had dried out. The private hospital then tried to get the NHS to continue to pay for the service on the ground that Candy’s life would otherwise be in danger. The cost was around seven hundred pounds a night….’

Let us not forget that many private hospitals can make more money from the NHS because the NHS does not exclude. The NHS pay for everything including those Private Health Insurers chose to exclude.

This is my take on my patient:
“……A quick calculation gave me a figure of over a quarter of a million pounds per year at the private hospital.  No wonder they were not happy to have her transferred out.  Before my taking up the post, there were at one time seven patients placed by the Health Authorities at the same private hospital. Not all of them for Anorexia Nervosa, but Anorexia Nervosa required the longest stay and drained the most money from any Health Authority. I have seen private hospitals springing up for the sole purpose of admitting anorectic patients and nobody else. It is a multi-million pound business. Some of these clinics even managed to get into broadsheet Sunday supplements.  I think Anorexia Nervosa Hospitals are fast acquiring the status of private Rehab Centres. Until the government legislates to prevent health insurers from not funding long term psychiatric cases, Health Authorities all over the country will continue to pick up the tabs for such costly treatments……”

Creativity is key to the resolution of many Child Psychiatric problems and the fact that Anorexia Nervosa patients can change dramatically in a split second is testament to the need for such an approach. (The Chapter “Seven Minute Cure” in The Cockroach Catcher describes such a case.)

But when there is good money involved and especially when it is the taxpayer's, creativity of treatment no longer comes into play. Patients will suffer!

Email: cockroachcatcher (at) gmail (dot) com.
Posted by Am Ang Zhang at 12:30 AM