The Cockroach Catcher saw some beautiful Rheas in Patagonia. They are disappearing fast just like many NHS hospital beds. I discovered that some smart people are promoting new ideas to tell people that hospital beds are no good and everything should be in your home.    Roy Lilley even went as far as Heart Bypass being done on kitchen tables!

Nobody likes to talk about recent failures of the attempt to pass the NHS spending to privateers as most are quite smart and none wanted to be losing their own money. Hinchingbrooke was quickly returned to NHS and so was UnitingCare although the latter was highly suspect as not many are talking about it. Just like the Rhea that bury its head.

Thanks Bevan or just no money to be made. Staffs cancer care sell-off suspended | Stoke Sentinel http://po.st/4J1hmK  via @SentinelStaffs 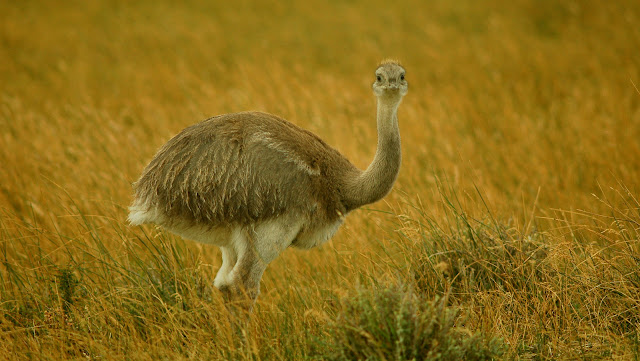 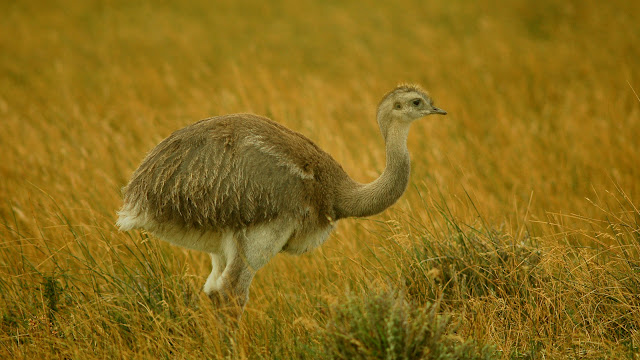 Then the Cockroach Catcher was totally confused to read about a move that is so contrary to what he has been reading about Vanguard:

Twitter @Croachcatcher  Feb 1
Strange that Vanguard is about getting services to near your home. I prefer real A&E even 10 miles away. http://gu.com/p/4g3pf/stw
Perhaps I too should bury my head like this Rhea: 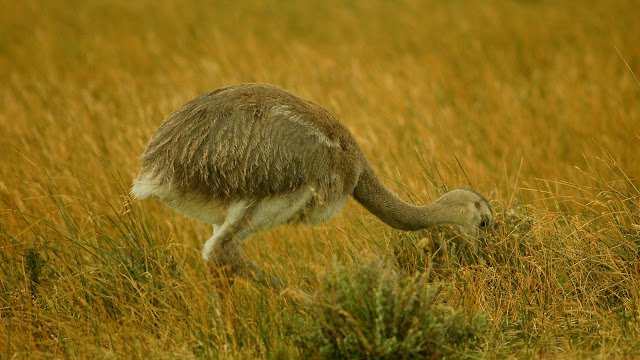 It had said that MCPs will be the more common new model, with PACS only established in areas of poor GP recruitment. But nine of the 29 bids approved were from hospital-led organisations.

The new models will employ a mix of primary and secondary care staff to deal with commonly encountered conditions such as diabetes, dementia and mental illness. Some will see some employing ‘social prescribing teams’ who will be able to refer patients to voluntary organisations and local authority services.

On last count: over 20 million patients would have attended A&E: A rise from 12 million around 10 years ago!

Attempts to badmouth our Hospitals and their A&E department did not seem to put people off and attendances continue to climb.

NHS:
A trusted Brand? So the Genius is going to pump £500m in, well a small sum compare to £42 billion for RBS.

It is important for SoS/Genius to recognise that the extra money should go directly to hospitals to salary employed staff and not for the likes of Harmoni or Serco to offer a service that punters (sorry, patients) no longer believe in. Did the Genius realise that for OOH and the like there is no control as to who was making the calls. If Serco could fake data.....Well!

Why not abandon NHS111 all together, prosecute Harmoni & Serco  for gross breach and let Bevan smile.

While you are at it, cancel all UCCs as punters prefer A&E (so do not change the name to ED or worse, ER). Abandon the market system too.

In a Market system, A & Es are run by Hospitals and OOH by CCG/GPs; business rivals so to speak. Hospitals wants to maximize income and CCGs did not want anyone to attend A & E if at all possible.     NHS A & E: Unpredictable, Unruly & Ungainly
The Genius knows that the GPs are too powerful and will not take back OOH unless there is a lot of money. so the funding to A&E should not be via CCGs although the hospitals have a system of charging CCGs and that was the bit CCGs do not like. Do not wait, Genius as the objections from the GPs will be coming. Employing more GPs does not cure the 24/7 coverage problem at all.

Read all here>>>Commissioning will never work in the NHS

Wait: where are the real specialist doctors? And NHS referring to Voluntary Organisations?

The lines at A&E will get longer. They belong to real hospitals!!!

Enemy Of The People: NHS, Internal Market & Safety Net
Posted by Am Ang Zhang at 11:48 AM