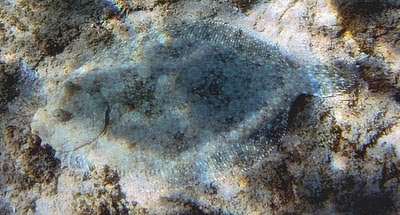 I can well remember my Psychiatry Specialist Examination question about what 5 different major drugs we would pick if those were all that we were allowed to use. It was the early 70s and one would struggle to find the 5th one if you were not going to include an anti-epileptic.
It was strangely reassuring to read that diagnoses in psychiatry have grown foggier and drugs more ineffective. It was not the view of a journalist either but that of a Professor of Psychiatry.

To flip through the latest draft of the American Psychiatric Association's Diagnostic and Statistical Manual, in the works for seven years now, is to see the discipline's floundering writ large. Psychiatry seems to have lost its way in a forest of poorly verified diagnoses and ineffectual medications. Patients who seek psychiatric help today for mood disorders stand a good chance of being diagnosed with a disease that doesn't exist and treated with a medication little more effective than a placebo.
He went on to say that despite the DSMs our lingo of today was not really an improvement to the days of psychosis and psychoneurosis as the so called modern treatment is now limited to one or the other group of drugs. Making the wrong diagnosis did not seem to have any consequence at all on modern medication choice.
To him the differentiation is meaningless and of benefit mainly to pharmaceutical companies that market drugs for these niches.
He went on:
For those more seriously ill, contemplating suicide or pacing restlessly and saying "It's all my fault," melancholia was the diagnosis of choice. The term has been around for donkey's years.
All the serious disorders of mood were once lumped together technically as "manic-depressive illness"—and again, there was little point in differentiating, because medications such as lithium that worked for mania were also sometimes effective in forestalling renewed episodes of serious depression.
Indeed lithium might have worked for some of the recent suicides on the news.
He then covered a selection of new ailments in the planned manual.
Hoarding
This is defined as "persistent difficulty discarding or parting with personal possessions, even those of apparently useless or limited value, due to strong urges to save items."
Mixed Anxiety-Depression
"The patient has the symptoms of major depression…accompanied by anxious distress." The combination of depression and anxiety has been recognized clinically for years; only now does it make it into the handbook.
Binge Eating
This means eating "an amount of food that is definitely larger than most people would eat in a similar period of time under similar circumstances," in addition to having "a sense of lack of control over eating."
Minor Neurocognitive Disorder
"Evidence of minor cognitive decline from a previous level of performance," a commonplace occurrence for anybody over 50.
Temper Dysregulation Disorder With Dysphoria
A new definition for all children with outbursts of temper. It is seen as a way to avoid using the term "bipolar."
Major depression became the big new diagnosis in the 1980s and after, replacing "neurotic depression" and "melancholia," even though it combined melancholic illness and non-melancholic illness. This would be like incorporating tuberculosis and mumps into the same diagnosis, simply because they are both infectious diseases. As well, "bipolar disorder" began its relentless on-march, supposedly separate from plain old depression.
New drugs appeared to match the new diseases. In the late 1980s, the Prozac-type agents began to hit the market, the "SSRIs," or selective serotonin reuptake inhibitors, such as Zoloft, Paxil, Celexa and Lexapro. They were supposedly effective by increasing the amount of serotonin available to the brain.
The SSRIs are effective for certain indications, such as obsessive-compulsive disorder and for some patients with anxiety. But many people believe they're not often effective for serious depression, even though they fit wonderfully with the heterogeneous concept of "major depression." So, hand in hand, these antidepressants and major depression marched off together into the sunset. These were drugs that don't work for diseases that don't exist, as it were.
The latest draft of the DSM fixes none of the problems with the previous DSM series, and even creates some new ones.
DSM-V accelerates the trend of making variants on the spectrum of everyday behavior into diseases: turning grief into depression, apprehension into anxiety, and boyishness into hyperactivity.
Where is psychiatry headed?
What the discipline badly needs is close attention to patients and their individual symptoms, in order to carve out the real diseases from the vast pool of symptoms that DSM keeps reshuffling into different "disorders." This kind of careful attention to what patients actually have is called "psychopathology," and its absence distinguishes American psychiatry from the European tradition. With DSM-V, American psychiatry is headed in exactly the opposite direction: defining ever-widening circles of the population as mentally ill with vague and undifferentiated diagnoses and treating them with powerful drugs.