Some hae(have) meat and cannot eat,
Some cannot eat that want it:
But we hae meat and we can eat,
Sae let the Lord be thankit.
- Robert Burns (1759 – 1796): The Kirkcudbright Grace
This is not about Stephen Hawking’s famous book that sold over 9m copies world-wide, but a collection of material that relates to Anorexia Nervosa in a chronological order. You see, I believe in free sharing of knowledge.
First introduction of the term Anorexia
Sir William Withey Gull (1816 – 1890) first used the term:
“In… 1868, I referred to a peculiar form of disease occurring mostly in young women, and characterized by extreme emaciation…. At present our diagnosis of this affection is negative, so far as determining any positive cause from which it springs…. The subjects…are…chiefly between the ages of sixteen and twenty-three…. My experience supplies at least one instance of a fatal termination…. Death apparently followed from the starvation alone…. The want of appetite is, I believe, due to a morbid mental state…. We might call the state hysterical.”
Source: Anorexia Nervosa (apepsia hysterica, anorexia hysterica).
Transactions of the Clinical Society of London, 1874, 7: 22-28.
Classic description of Anorexia Nervosa.
Earliest published accounts
Richard Morton (1637-98), a London physician: The Treaty in his book Phthisiologia, or a Treatise of Consumptions, first published in Latin in 1694.
Ernest-Charles Lasègue (1816 - 1883), a professor of clinical medicine in Paris: “De l’Anorexie Hysterique” containing descriptions of eight patients.
More recent views 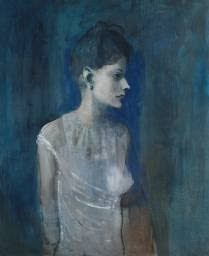