Forests and NHS: Yew-turn or Change by Stealth

As we read more about Yew-turns on the that we loved we should be careful about what we read about the NHS.

Sales of a 15 per cent portion of English public forests will go ahead within the next four years, raising an expected £100m, the Environment Secretary, Caroline Spelman, said yesterday.
She expressed concern that terms governing the sale do not allow enough protection for access and public benefits, but told the Commons Environment Select Committee that the sales would go ahead within the spending review, which runs to 2015.
Mrs Spelman also defended a consultation on plans to sell the rest of the public forests, which sparked fierce opposition and was dropped last month. "I simply thought it was right to give the public the chance to be consulted about the future of the forest estate," she told MPs.
Shortly before the consultation was dropped, the previously announced sales of 15 per cent of public forests were suspended over concerns about protecting the benefits they provide. An independent panel has been set up to examine the future of 's forests.
Thursday, 17 February 2011


Environment Secretary Caroline Spelman told MPs "I am sorry, we got this one wrong" as she abandoned plans to offload 's public forest estate to companies, communities and charities.


It is spring! Let us hope for a better tomorrow! 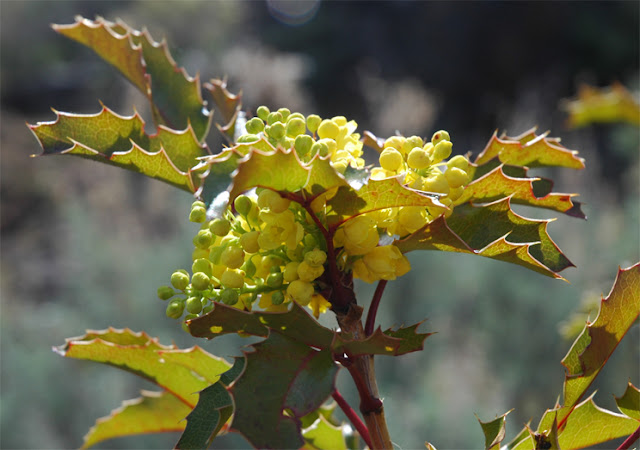 ©Am Ang Zhang 2008
There is much to commend about the integrated health care that Kaiser Permanente is famous for.
When I was working, I used to know every single GP in my locality and every consultant that worked in our Hospitals. Monday lunch time was when we had our clinical presentations and GPs turned up regularly and it was a good time to know them over drug firm sponsored lunches.
We would often pick up the phone and talk to the referring GPs or they would talk to us about someone they worry about.
No need to get clearance from anyone. Until later that is.
It was not written anywhere about the need to avoid XYZ because of money.
We did what is best and often we would initiate prescriptions and even repeat them if we see the patient for regular follow-ups. More often with adult psychiatrists than with child psychiarists.
But now: we have to let the GPs prescribe as it is going to cost the trust XYZ more otherwise.
How sad!!!
In the latest MPS Casebook:
Mrs B was a 49-year-old deputy headteacher who, for 18 months, had been increasingly troubled by heavy irregular menstrual bleeding. She was referred to a gynaecologist who carried out a pelvic US and an endomentrial biopsy. In her follow-up appointment with the gynaecologist, Mrs B was told that her investigations had been normal and hormone replacement therapy (HRT) was suggested to regulate her bleeding. The gynaecologist told Mrs B that he would be writing to her GP with his opinion and treatment recommendations.
Mrs B was therefore advised to go and see her GP to get a prescription for HRT in two weeks, which was thought to be sufficient time for the clinic letter to reach the GP. In the meantime, the gynaecologist scribbled down the name of the recommended HRT and gave it to Mrs B.
Unfortunately she was prescribed unopposed oestrogen.
………… Dr T realised that for many months Mrs B had been mistakenly prescribed an unopposed oestrogen and now had heavy bleeding. Dr T apologised to Mrs B and also explained that she needed to be quickly referred back to the gynaecologist for investigation. She was referred urgently and in view of her history of increasingly heavy bleeding and prolonged exposure to an unopposed oestrogen, a hysteroscopy was carried out. This led to a diagnosis of endometrial cancer. Mrs B had a hysterectomy and made a full recovery.
She made a claim against all the doctors involved in her care at the GP practice.
MPS:
The confusion could have been avoided if the consultant had issued the first prescription. In shared care situations there is a reduction in risk if the initial prescription is commenced by secondary care.          Read the whole story here>>>>>>
This would probably not happen in Kaiser Permanente nor in the good old days of our NHS.
Can someone do something before it is too late!


NHS: The Way We Were! Free!
Related:

Looks like most of us have hearing or reading difficulties.
UNCORRECTED TRANSCRIPT OF ORAL EVIDENCE
To be published as HC 796-v
HOUSE OF COMMONS
COMMISSIONING: FURTHER ISSUES
TUESDAY 22 MARCH 2011
Q514 Chair: There is one set of issues we have not touched on, which is the "Who commissions the commissioners?" question, which Andrew touched on, which is the relationship between the consortium and its own primary care members, GP members. When Sir David was here, and I refer back to that session, he indicated he felt it was necessary to have an engagement by the Commissioning Board at subnational level in order to be able to be an effective commissioner of primary care. If we develop that argument-and clearly primary care, by its nature, is a local service-there is a history, isn’t there, in the Health Service of the problems caused by having separate commissioning networks for primary care and secondary care? That is how we got to where we did with FHSAs being merged into health authorities. Do you think the danger exists of that being recreated, in other words of a primary care net that is separate from the commissioning structure for secondary care? Is it not desirable, in fact, to have the primary commissioning decisions for primary care being made alongside the decisions for secondary care, in other words, in the consortia?
Mr Lansley: I am sure Barbara will want to add a little, but let me say why I don’t think that is likely to be a serious problem. First, although we are intending that the NHS Commissioning Board-in fact, it is set in the legislation-will be responsible for the contracting process with individual GP practices, of course we are looking, increasingly, at the same time, that the NHS Commissioning Board will be expecting the commissioning consortia themselves to engage with the GP practices in how they deliver the quality and outcomes that they are looking for. To that extent, performance monitoring and management can be devolved from the NHS Commissioning Board. Indeed, in so far as the NHS Commissioning Board is making decisions about the way in which it contracts-the process, for example, that Barbara was describing about determining whether there is a gap in commissioning primary medical services, or numbers of practices-that is something that would not be determined by the NHS Commissioning Board in isolation. It would be done literally as a consequence of a discussion about primary medical services in the Health and Wellbeing Board in a particular local authority, so seeing how the Joint Strategic Needs Assessment will govern that. This parallels, in that sense, the way in which the NHS Commissioning Board will respond to the Strategic Needs Assessment on things like pharmaceutical services or dentistry.
Can I take this opportunity to let you know something which, from my point of view, has been erroneously suggested. I know how it happened. There has been an assumption, which was made by some but not by us, that 80% of the commissioning budget of the NHS would be in the hands of GP led commissioning consortia. Therefore, people said, if there is £100 billion in the NHS budget, that is £80 billion. It does not work like that. The total resources for the NHS are £100 billion and rising. The commissioning budget, at the moment-if you were to say it is the primary care trust budget-is £89 billion in 2011/12. Part of that is public health, and we have yet to determine how much, but part of that will become part of the responsibilities of Public Health England and the local authorities, so the comparable figure would be less than that. Of that total, about £10 billion is for commissioning specialised services-the sort of thing Bruce was talking about-the national and regional specialised services, prison health and high security psychiatric services and so on. The primary medical services, which you are just asking about, represent about £8 billion. Other family health services activity, dentistry, pharmacy and ophthalmic services, are something over £3 billion. When you put all those together, the amount of resources that would be in the responsibilities of GP led commissioning consortia-their commissioning budget to look after their patients-is of the order of £60 billion rather than £80 billion.
NHS: The Way We Were! Free!
Posted by Am Ang Zhang at 3:18 AM 7 comments: