Is it better to just look at the scenery and forget about the NHS? 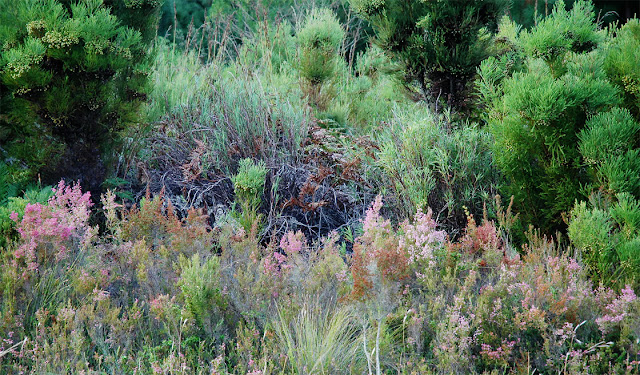 Fynbos South Africa © Am Ang Zhang 2007
That good will from doctors and nurses were as important as regulation in providing good health care has now been ignored. Years of micro-management, protocols and silly performance related pay has just about removed the last thread of good will from doctors and nurses. A friend’s daughter just graduated in nursing and in her class of 26 only 2 were offered vaguely nursing relevant jobs. She left nursing.


The word out there is the newly de-regulated free market NHS will be safe. As there is: Monitor.
Really!
We had DEFRA and we had the “organic” egg scandal.
BBC:
Keith Owen, who ran Heart of England Eggs Unlimited, admitted providing false information for accounting purposes to firms in the egg supply sector between June 2004 and May 2006.
Officials estimate that as many as 100 million eggs were falsely labelled.
The court heard he sold battery and "industrial" eggs imported from France and Ireland to suppliers.
They were told the eggs were British, free range, organic or that they met the RSPCA's Freedom Food welfare standards.
Judge Hooper said Owen's business had made very substantial profits at the expense of consumers who believed they were buying free-range eggs.
DEFRA only need someone (not even a scientist) to read this scientific article and they would know. How many scientists do they have and indeed how many doctors do they have at Monitor or do they all have to have MBAs
Instead we had 100 million fake eggs.
They are not even changing the name of DEFRA this time. They are the FSA and the report on RBS may not even appear! So much for regulation!


What about big corporations? I will quote from a previous posting:
Bogus Health Claims:Seroxat and Ribena 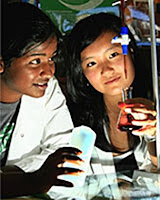 The 2007 New Zealand Commerce Commission Report did not mince their words:
"Health claims are big business in today’s market, and the Commission has targeted bogus health claims in recent years. It is very disappointing to see a major pharmaceutical and health products company like GlaxoSmithKline mislead the public in this way……….a massive breach of trust with the New Zealand public."
GSK pleaded guilty to 15 representative charges of breaching the Fair Trading Act by making misleading claims about the Vitamin C content of Ribena, was fined $227,500, and ordered to undertake a nationwide campaign of corrective advertising in newspapers to explain that some forms of Ribena contain no detectable level of vitamin C.
GSK were lucky that they did not get fined over Ribena in any other country including Australia. In Australia, they avoided the fine by undertaking to explain the true nutritional makeup of Ribena on its packaging, its website and in future advertising.


More GSK problems:
GlaxoSmithKline fined $761m for making 'flawed drugs' in US settlement
"The industry has an obligation to ensure that all rules, regulations and laws are complied with," US Attorney Carmen Ortiz said.
"As this investigation demonstrates, we will not tolerate corporate attempts to profit at the expense of the ill and needy in our society - or those who cut corners that result in potentially dangerous consequences to consumers."
The splitting, which the company itself has called a "critical defect,"caused "the potential distribution of tablets that did not have any therapeutic effect and tablets that did not contain any controlled release mechanism."
……..Avandamet tablets made at the facility "did not always have the FDA-approved mix of active ingredients, and, as a result, potentially contained too much or too little of the ingredient with the therapeutic effect," the US Department of Justice said.
In addition, the suit alleged that GlaxoSmithKline's Cidra plant often experienced "product mix-ups," in which "tablets of one drug type and strength" were "commingled with tablets of another drug type and/or strength in the same bottle."
In December 2010, GSK announced its acquisition of the sports nutrition company Maxinutrition.
ENRON:
We all know about Enron. But what has it got to do with the NHS.
The columnist Paul Krugman, writing in The New York Times, asserted that Enron was an illustration of the consequences that occur from the deregulation and commodification of things such as energy.
We may never know the real reason for de-regulating such an important matter as energy but at least when Enron tried to move into water as well, it was halted.
Enron was about free market and market forces but the reality is quite different according to Paul Krugman.:
It's true that the Bush administration sometimes compromises on its free-market principles -- it believes, for example, that energy producers need huge subsidies, even though the shortages those subsidies were supposed to correct have turned out to be imaginary.
Monitor: Recent exchanges in Parliament, Public Bill Committee
There is much talk about Private Health provider may have to be subsidised for their disadvantage over pension.
Q 199 Mr Kevin Barron (Rother Valley) (Lab):  A question for Mr Bennett. The impact assessment for the Bill refers to “fair playing field distortions” and says:
“The majority of the quantifiable distortions work in favour of NHS organisations; tax, capital and pensions distortions result in a private sector acute provider facing costs about £14 higher for every £100 of cost relative to an NHS acute provider.”
My understanding is that you would be responsible for addressing that system. What is your view of those fair playing field distortions?
David Bennett: In due course, I think one of the things that the economic regulator will need to look at is the issue of the level playing field. The analysis that you are quoting, of course, was done by the Department of Health, not Monitor.
I think I can say that when the appropriate time comes for the economic regulator to look at those issues, we will need to look very carefully at that analysis. There are level playing field issues on both sides. There are additional costs incurred by the public sector, as well as advantages, the obvious ones being—
Q 200 Mr Barron:  This says that it is the other way around, actually. The public sector costs are higher than private. Do you agree with that?
David Bennett: What I am saying is that we would seek to do a more extensive piece of research before reaching conclusions.
Q 201 Mr Barron:  If this is the case, what are the implications for public sector workers?
David Bennett: If those numbers are correct?
Q 202 Mr Barron:  My first point is that our starting point must be to do the analysis more extensively, looking at a broader set of issues. I cannot say that those figures are the ones that we would come up with.
Sonia Brown: I think we can identify areas where we can see that the Department’s analysis has not gone to the point of being able to quantify the numbers. A really good example of that is that the NHS tends to treat much more complex cases. At the moment, the NHS is rewarded at the same rate for doing that as the private sector is for treating less complex cases.
David Bennett is the current head of Monitor (a sort of health FSA!) He is NOT a medical doctor.
Parliament:  More>>>>>>>>>>
Health care is complex and figures alone can be misleading. President Clinton picked a hospital that rank only 6th in the US but sometimes the top hospitals deal with difficult cases. The top 3 are: Cleveland Clinic, Mayo Clinic and Johns Hopkins hospital; all pay their doctors a good salary and not fees for service.
Monitor might want to take note.


Keep private providers out, do away with the internal market and market forces and let the hospital and GPs work together.
Market is about making money, often government money and that is our money!!!
Dr Mark Porter:


The government is taking unnecessary risks by imposing market measures on the NHS, as competitive healthcare cannot deliver high quality treatment to everyone.
The NHS could become "a provider of last resort" for patients whose illnesses are of no interest to private firms, added Porterhe said. Once independent providers have signed contracts with the consortiums of GPs they could deny care to patients who would be costly to treat, Porter warned.         The Guardian


Dr No: Apples and Oranges
"Monitor’s boss, Bennett, has already bought into commodification. The building blocks of financialization are already in place. All that is needed is for some bright City sparks to weave their dark magic. Only, when that happens to the health service, it wont be just a few thousand bankers who loose their jobs. We will all wake up one morning to find we have lost our NHS."
Posted by Am Ang Zhang at 11:47 PM

I'm working my way through the Committee sittings of the White Paper at the mo and it makes depressing reading. A cracker that I came across was with regard to training. The government is going to make consortia responsible for deciding workforce planning and training; eventually it is going to impose a levy on healthcare providers for training funds. That means a move away from funding by general taxation and towards private funding. It's nuts.

Scary if itis planned and scarier if not.

I think it is sad that the government thinks that setting up these regulators will do the trick, neither the SEC nor FSA did anything to prevent the collapse of the financial world in the US and UK.
Monitor did nothing to stop Mid Staff and in fact a number of other hospitals.