NHS: The Way We Were! Free!

FREE! FREE! FREE!
Yes, the Cockroach Catcher came to England for higher training in Child Psychiatry in the early 70s and I also saw the film: The Way We Were then.
But this is not about the film!
In 2008, The Cockroach Catcher was published. It was fictional, the names were; the rest were all based on my experience.
Here is a part of the first Chapter: 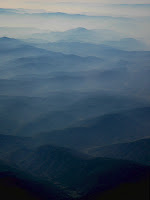 Email ThisBlogThis!Share to TwitterShare to FacebookShare to Pinterest
Labels: NHS, The Cockroach Catcher