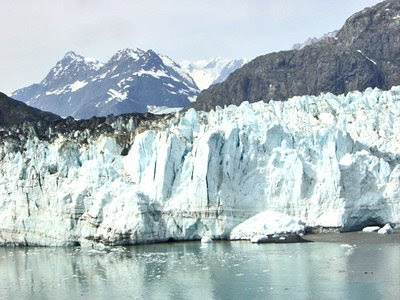 In the final days of any government, there is a need to settle matters as the new administration may indeed have totally different ideas. Is Eli Lilly lucky in having a settlement with the Department Of Justice (DOJ) on the 15th of January 2009, just five days before the new President is sworn in? Only time will tell.


The settlement amounts to $1.415 billion: largest amount paid in the history of the DOJ.

The detail of the settlement is here.

Zyprexa (Olanzapine) is only approved by the Food and Drug Administration (FDA) for the treatment of schizophrenia and certain types of Bipolar Disorder. Unfortunately this is in competition with a number of other so called atypical antipsychotics.

According to the New York Times:

“Among the charges, Lilly has been accused of a years-long scheme to persuade doctors to prescribe Zyprexa to two categories of patients — children and the elderly — for whom the drug was not federally approved and in whom its use was especially risky.
“In one effort, the company urged geriatricians to use Zyprexa to sedate unruly nursing-home patients so as to reduce ‘nursing time and effort,’ according to court documents. Like other anti-psychotics, Zyprexa increases the risks of sudden death, heart failure and life-threatening infections such as pneumonia in elderly patients with dementia-related psychosis.
“The company also pressed pediatricians and family practitioners to treat disruptive children with Zyprexa, court documents show, even though the medicine's tendency to cause severe weight gain and metabolic disorders is particularly pronounced in children. In the past decade, Zyprexa's use in children has soared.”

Eli Lilly must have spent some good money as they have catchy slogans like:

“5 at 5″: to promote the drug’s side effect of sedation to nursing-home doctors: 5 milligrams of the drug at 5 p.m would help patients sleep

“Viva Zyprexa”: a campaign way back in 2000 to make the drug an “everyday agent in primary care” despite the fact that primary care doctors don’t typically treat schizophrenia and bipolar disorder. And this is long before the “Viva Viagra” campaign years later.

Off-label use in many ways makes a mockery of the role of the FDA, as safety of the drug thus used cannot be guaranteed. Yet for medicine to move forward, off-label use has its place. In my traditional way of thinking that may be tried at teaching hospitals and other centres of excellence, but only if they can be truly independent of the influence of drug firms. The truth of the matter is that the “off-label” period should only be brief as there is no reason why the usefulness of any drug’s so called side effect should not become part of any approved status.

But off-label for over ten years? Well!

Again according to the New York Times:

“In the United States, most of Zyprexa’s sales are paid for by government programs because so many of those taking Zyprexa are indigent or disabled. Zyprexa had sales of $4.8 billion in 2007, making it the biggest seller by far for Lilly, whose revenue that year was $18.6 billion. Depending on dosage, the drug can cost as much as $25 for a daily pill.
“Zyprexa has generated more than $39 billion in sales since its approval in 1996, making it one of the biggest-selling drugs in the world.”

The $1.415 billion settlement seems like a small percentage of nearly $40 billion of revenue.

The big question is: will its off-label use continue?

Zyprexa Claims being Stonewalled.
Where is the money going as many victim claimants haven't been paid yet?

Something fishy going on here?
Conflict of interest.
Eli Lilly promotes sales of their #1 drug (Zyprexa $4.8 billion year) that can *cause* diabetes and then turn around and make billions selling more drugs to treat the diabetes.

Eli Lilly's # 1 cash cow Zyprexa has been overprescribed and linked to a ten times greater risk of causing type #2 diabetes and increased risk of heart attacks.

Daniel Haszard Zyprexa patient who got the diabetes from it.