On March 27, 1964 at 5:36 p.m. an earthquake of the magnitude of 9.2 was recorded in with an epicenter 80 mile east of . Of the 131 deaths recorded, 119 were caused by the tsunami triggered by the quake that devastated and severely damaged the coastal towns of Seward and Kodiak. It is still the most powerful earthquake recorded in history. On the first day alone, eleven aftershocks were recorded with magnitudes greater than 6.0.

Alaska is the largest state of the whole of U.S. It was bought from the Russians on March 30th, 1867, and represented one of the all time best buys given the discovery of gold in 1872 and later oil. One should never sell the family silver.

The most important gold town of was named after one of the miners.

The most impressive modern day engineering achievement has to be the Oil Pipeline:

“The 800-mile-long Trans Pipeline System (TAPS) is one of the largest pipeline systems in the world. It stretches from Prudhoe Bay ……to , the northernmost ice-free port in . Since pipeline startup in 1977, Alyeska Pipeline Service Company, the operator of TAPS, has successfully transported over 15 billion barrels of oil.”

On March 24, 1989 the Exxon Valdez got into trouble in when it hit Bligh Reef, splitting its side open and releasing oil and leaving an eight-mile (1.61km) slick. It is one of the worst environmental disasters of modern times and 19 years on the U.S. Supreme Court is still deliberating whether to uphold the $2.5 billion punitive-damages award levied against Exxon Mobil for the spill. 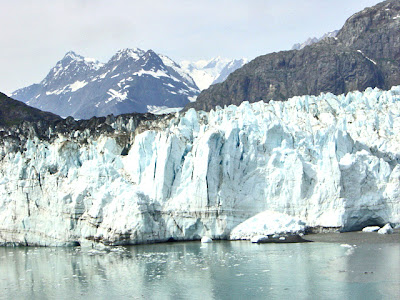 In the meantime there is a different kind of earthquake in .

“Drug maker Eli Lilly knew from the start that its schizophrenia drug Zyprexa was linked to health problems in patients but hid that information because it wanted a big moneymaker, a lawyer for the state told jurors in Superior Court on Wednesday.”

Zyprexa is the trade name of Olanzapine.

In The Cockroach Catcher, Dr Am Ang Zhang inherited a patient who had been put on Olanzapine:

“ The biggest girl was asking for her third helping. She could not help it. It was the Olanzapine she was on. Now she looked nothing like the slim girl she once was, having put on as much as her original body weight.

But her symptoms had disappeared.

She needed three helpings of cereals and six slices of toast complete with thick layers of jam and butter – butter that was from the EEC and only for hospital use by patients, all part of the huge mountain that even the might of the Vatican could not consume.”