First Do No Harm: Antipsychotics-Really?

I was quoted in HuffPo as far back as 2008: Obama Interviews the Medical Blogosphere on Healthcare Reform.

Cockroach Catcher: I have come to the rather unpleasant conclusion myself that parents nowadays may not have been told the full story about Antipsychotics. How many of them have been made aware of their range of side effects when it is suggested that their very young child should go on such medication?

The Cockroach Catcher & Other Bloggers in The Guardian etc.

Here is a reprint:

“First do no harm” has always been attributed to Hippocrates. In his Epidemics, Bk. I, Sect. XI, he advised, "Declare the past, diagnose the present, foretell the future; practice these acts. As to diseases, make a habit of two things — to help, or at least to do no harm."
As I mentioned in my last post, schizophrenia is mercifully rare in children under 18. The best estimate is about 1 in 40,000, as opposed to 1 in 100 in adults. 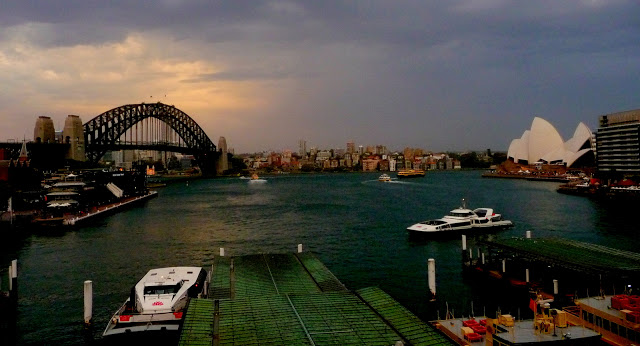 I did of course see a few full blown Manic Depressives (Bipolar Disorder) in children between eleven and eighteen - single digit figure for a career in Child Psychiatry spanning 30 years must mean it is rare. With such cases, it is more important to use the right mood stabiliser and with my patients I prescribed mainly lithium.

It is now fashionable for Child Psychiatrists to diagnose Bipolar Disorder and treat with Atypical Antipsychotics, instead of mood stabilizers. Recent figures show that only a third of these so called Bipolars are prescribed mood stabilisers.

I have come to the rather unpleasant conclusion myself that parents nowadays may not have been told the full story about Antipsychotics. How many of them have been made aware of the range of side effects of Antipsychotics when it is suggested that their very young child should go on such medication? How many of them have been made aware that taking an Antipsychotic may in fact induce psychosis, a still disputed finding but one that should be a consideration? (For the latest data on side effects, see below.)

No parent would question an exotic diagnosis that absolves them of any responsibility, and a treatment that uses a fancy new medication. After all Havard is a good name and anything advocated by a psychiatrist from Harvard must be O.K.

We bloggers who dare to reveal the hidden agenda cannot be the favourite of the likes of those who push the “new” treatments. So be it.

It is a challenge to the modern day Child Psychiatrist to suggest that their patient’s behaviour problem is caused by faulty parenting or family dynamics. To even suggest that is sure to bring on complaints and possibly litigations. In countries where insurers hold the purse string, writing a prescription saves the doctor valuable time. Psychotherapy or behaviour therapy costs more.

Even before the arrival of the newer Atypical Antipsychotics, their predecessors were used for behaviour control, in Russia and elsewhere. Why else should it be known as chemical lobotomy?

Many doctors feel more comfortable in prescribing Atypicals because of their purportedly better side-effect profiles. I do not mean to criticise the majority of busy Child Psychiatrists, for we have a long tradition of relying on publications of esteemed colleagues around the world.

Unfortunately, the big Pharmaceuticals too know of our trust in our colleagues, and over an extended period of time have engineered publications of favourable papers speaking for licensed and more frequently off-label use of the new drugs, especially Antipsychotics. It should not take a genius to work out that psychosis is a chronic condition that requires life long treatment, thus guaranteeing future income for pharmaceuticals.

There is also another aspect. What if the actual diagnosis of psychosis is suspect? We are entering a new era, when medical ethics seem not so important. I am not alone in doubting the validity of some of the diagnosis of childhood Bipolar Disorder. To put it plainly, the two thirds of the so called Bipolars may be just having behaviour problems and Antipsychotics are prescribed simply to control their behaviour.

For the latest most comprehensive data on side effects of the newer Antipsychotics on children and young people we turn to an earlier article in The USA Today:New antipsychotic drugs carry risks for children
by Marilyn Elias 5/2/2006 USA Today

The USA TODAY's analysis focused on 1,373 cases received by the FDA from 2000 to 2004 in which one of the six atypical anti-psychotic drugs was coded as the primary suspect. These cases were used to count symptoms, diagnoses and deaths.

To learn about patterns in atypical use, USA TODAY asked Medco Health Solutions, a prescription-drug benefit manufacturer, to query its member database.

• A condition called dystonia was most often cited as an "adverse event" suffered by someone taking one of the drugs, with 103 reports. Dystonia produces involuntary, often painful muscle contractions.

• Tremors, weight gain and sedation often were cited, along with neurological effects such as Tardive Dyskinesia (TD). Symptoms of TD can vary from slight twitching to full-blown jerking of the body. (No actual figure was quoted.)

• A condition called neuroleptic malignant syndrome, with 41 pediatric cases over the five years, was the most troubling effect listed, says child psychiatrist Joseph Penn of Bradley Hospital and Brown University School of Medicine. It is life-threatening and can kill within 24 hours of diagnosis. It's been linked to drugs that act on the brain's dopamine receptors, which would include the atypicals, Penn says.

The 45 deaths
Among the 45 pediatric deaths in which atypicals were the primary suspect, at least six were related to diabetes — atypicals carry warnings that the drugs may increase the risk of high blood sugar and diabetes. Other causes of death ranged from heart and pulmonary problems to suicide, choking and liver failure.

There is anecdotal evidence that even Aripiprazole (Abilify), the new Third Generation antipsychotic, still causes weight gain and quite severe extrapyramidal side effects.

There we have it.

There is often an assurance that the side effect listed on the Information Sheet is rare and it is a natural defence of most of us that somehow, bad things only happen to others.

I suggest that your answer should be: “Really?”