It is no secret that I have many hobbies and two of them are photography and wine. 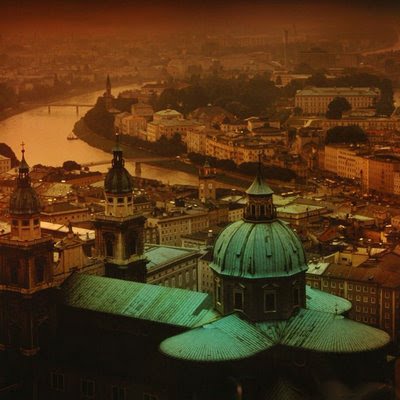 Salzburg in Cibachrome©2008 Am Ang Zhang/ Bauhinia Press
The photo of Salzburg was taken with a Hasselblad CF film camera with a 150mm lens at dusk.
This week in the run up to the New York Marathon I had the opportunity to be at one of the biggest photo show in the world: PDN PHOTO EXPO  and saw at first hand the new Hasselblad Camera: H4D, a mind boggling 60 Mpixel camera. What was perhaps a bit sad was that it was not a square 60 X 60 sensor but a 36 x 48 sensor and anyone with rudimentary mathematics will realise that it is the combination of two 36 x 24 sensor which is now used by Nikon, Canon and Leica in their high end products. Not that long ago we were even told that for digital cameras, there was no need for 36 x 24 sensors as 24 x 18 sensors were perfectly adequate.  When will they produce a Hasselblad sensor of 60 X 60?  I wonder.
Still, the Hasselblad H4D is staggering by any standard, and at very little change for $40,000, it should be.  Purists will feel sad that it may be a Hasselblad in name but it is Fuji with Imacon that developed the camera and the digital scanning technology.
I was also fortunate enough to be at Sherry-Lehmann for the book signing of The Heart of Bordeaux and their wine tasting. The book was more a beautiful coffee table book in time for Christmas, but the tasting was spectacular. It was a grand tasting of the wines of Graves Chateau, the subject matter of the book,  and those of Haut-Brion in particular. 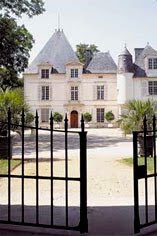 After tasting around the hall starting with the “lesser” wines (for want of a better word as some of the wines were very drinkable), we all drifted to the “top” table. The whiteLaville-Haut-Brion 2006 was one of the best whites I have tasted in recent times.  It is just amazing what could be done with the right combination of Sauvignon and Semillon grapes.  They told me that this white could stay in the cellar for the next 10, 20 or even 30 years!  Then there were of course both La Mission-Haut-Brion 2006 and Haut-Brion 2006 in its distinctive bottle.
I whispered to myself: why did I like La Mission better?  Haut-Brion is first growth, and La Mission is not even classified.  Someone heard me and said, “ Just look at the price: Haut-Brion, $399.95, La Mission, $735.”
Afterwards I read on their website: 2006 is one of the greatest vintages of La Mission Haut-Brion.   It is difficult to say what Haut-Brion will be like in the years to come, but for now La Mission 2006 is much bigger and richer in every way imaginable.
La Mission Haut-Brion is just across the street from Haut-Brion and yet it is so different. That is why top French wines are so interesting.

It was a bonus to meet with Hugh Johnson who wrote the preface of the book.  Amongst other things, I just had to talk to him about Royal Tokaji. The story of this Hungarian wine is a legend in the modern history of wine and of individualism. The famous wines of the region were nearly destroyed during the communist era when mass production of poorer quality wines was the order of the day. George Orwell may well be wrong as the pigs did not recognise what was good. It took some smart footwork and of course a broad knowledge of different wines for Hugh Johnson to rescue this unique desert wine.
Hugh said that they were preparing for a 20th anniversary of the re-establishment of the wines. In his own words: “Tokaji is a wine that would make angels sing out loud in praise”.
Indeed! For now, a drop more of La Mission Haut-Brion.
Wine Posts:
-->Hairy Crabs & Wines
Cockroach Wine Catch: Bodega Septima Gran Reserva 2006
Global Warming: Wine
Wine, Media and The Mind
The Cockroach Catcher and Pompano
Pleasure Principle and Wine
Chinese New Year and the Goose

10312009
The book: The Cockroach Catcher
Review on Amazon

Can it be that it was all so simple then
Or has time rewritten every line
If we had the chance to do it all again
Tell me - Would we? Could we?
The Way We Were
Posted by Am Ang Zhang at 4:40 PM