In a few days time, music lovers in Hong Kong will be able to hear a performance of Gustav Mahler’s Das Lied von der Erde (The Song of the Earth.)

It is particularly significant for Hong Kong as Mahler’s work was set to the German rendering of a number of Chinese Poems.

In an age when people sought happiness in all ways possible we need to remind ourselves that sadness has been the driving force behind many writers and composers.

Mahler lived in an age when bacteriology was very much in its infancy. There was still little understanding of the role Streptococcus played in a range of illnesses from Scarlet Fever to Rheumatic Heart Disease and Radium was often used to treat Streptococcal related conditions.

Mahler’s own daughter tragically died from Scarlet Fever four years after writing Kindertotenlieder and Mahler himself contracted Rheumatic heart disease. When there was still little understanding of the etiology of diseases, superstition came into play so much so that Mahler did not want to write a ninth symphony. It was the start of the Curse of the Ninth Symphony.

Das Lied von der Erde was indeed the result as it was composed after his Eighth Symphony and he did not want to name it his Ninth.

Mahler conceived the work in 1908 when he was already unwell with his heart condition. A volume of ancient Chinese poetry under the title of The Chinese Flute (Chinesische Flöte) repoetized by Hans Bethge was published in German and Mahler was very much taken by the vision of earthly beauty expressed in these verses. Fate he felt has been unkind to him but he felt able to accept it in his own fashion. 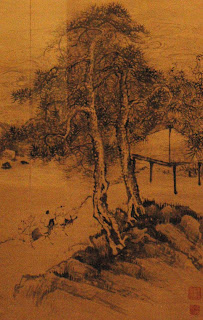 Enquire no more when I am gone
Till the end of clouds, endless white clouds!

"I think it is probably the most personal composition I have created thus far."    Gustav Mahler

Bruno Walter described it as: "the most personal utterance among Mahler's creations, and perhaps in all music."

My first encounter was in the early 70s with the recording by Janet Baker and Waldemar Kmentt (with Kubelik conducting the Bavarian Radio Symphony Orchestra). I still think it is one of the very best performances of Das Lied von der Erde.

Das Lied von der Erde is definitly one of Mahler's best but you need to listen to it many times. It will get to you. Thanks.