The Jobbing Doctor had a post on :
Why the NHS works.
“I saw a patient last week, who has recovered from major surgery. He has had brain surgery and is now likely to do very well. I am pleased. He is well.
.......His care, I reckon, would have cost around £200,000. He knows that. We, the healthy, paid for him to have his treatment.

This is the NHS that I joined as a Junior Doctor 36 years ago.

I get a bit fed up of politicians and journalists telling me that the NHS needs reform.

It blinking well doesn't. What it needs is aforesaid politicians to go away and do something else with their time. I'd rather they dredged their moats, or tended to their duck houses.

I will reprint one of my previous posts.
Best Health Care: Private Medicine, Porsche & The NHS

Do we judge how good a doctor is by the car he drives? I remember medical school friends preferred to seek advice from Ferrari driving surgeons than from Rover driving psychiatrists.
My friend was amazed that I gave up Private Health Care when my wife retired.
“I know you worked for the NHS but there is no guarantee, is there?”
Well, in life you do have to believe in something. The truth is simpler in that after five years from her retirement, the co-payment is 90%.
He worked for one of the major utility companies and had the top-notch coverage.
“The laser treatment for my cataract was amazing and the surgeon drives a Porsche 911.” 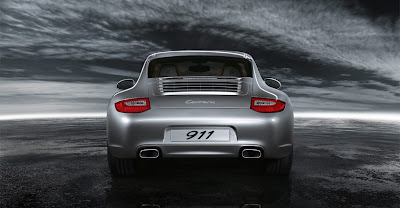 Porsche official Website
He was very happy with the results.
“He has to be good, he drives a Porsche.”
Then he started feeling dizzy and having some strange noise problems in one of his ears.
“I saw a wonderful ENT specialist within a week at the same private hospital whereas I would have to wait much longer in the NHS.”
What could one say! We are losing the funny game.
What does he drive?
A Carrera.
Another Porsche.
We are OK then.
Or are we.
He was not any better. And after eight months of fortnightly appointments, the Carrera doctor suggested a mastoidectomy.
Perhaps you should get a second opinion from an NHS consultant. Perhaps see a neurologist.
“I could not believe you said that, his two children are doctors. And he has private health care!” I was told off by my wife.
He took my advice though and he got an appointment within two weeks at one of the famous neurological units at a teaching hospital.
To cut the long story short, he has DAVF.
I asked my ENT colleague if it was difficult to diagnose DAVF.
“Not these days!”
He had a range of treatments and is now much better.
All in the NHS hospital.
“I don’t know what car he drives, but he is good. One of the procedures took 6 hours.”
Best health care.
I always knew: Porsche or otherwise.
Related:
Best Health Care: France & The NHS
Best Health Care: NHS GP & NHS Specialist
Others:
NHS-Kaiser Permanente: Integration?
NHS-Kaiser Permanente: The Good Bits!!!
NHS-Kaiser Permanente: Integration or Fragmentation?
NHS-Kaiser Permanente: Which Bits?
Posted by Am Ang Zhang at 7:14 PM