Prediction is often the domain of Quantum Physics and the most spectacular prediction of all time has to be Einstein’s theory of General Relativity regarding gravity and light. The 1919 eclipse on May 29 proved his theory and made Einstein famous overnight. 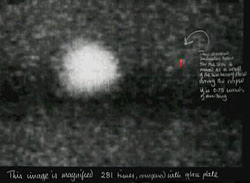 It was unusual to find prediction being used in modern medicine let alone Child Psychiatry.

“Dr Biederman appears to be promising drugmaker Johnson & Johnson in advance that his studies on the antipsychotic drug risperidone will prove the drug to be effective when used on preschool age children.”

And we do not have to wait for an eclipse. Wow! I have to declare that I have heard him at a conference and I reported this in a previous blog: Bipolar and ADHD: Boys and Breasts.

“Biederman's status at Harvard and his research have arguably made him, until recently, America's most powerful doctor in child psychiatry. Biederman has strongly pushed treating children's mental illnesses with powerful antipsychotic medicines. Diagnoses like ADHD and pediatric bipolar disorder, along with psychiatric drug use in American children, have soared in the last 15 years. No other country medicates children as frequently.”

No other country medicates children as frequently!

“Reports from court actions, along with an ongoing investigation of conflict of interest charges led by Sen. Chuck Grassley, R-Iowa, threaten to topple Biederman from his heretofore untouchable Olympian heights. Biederman has cried foul.”

“He says the drug company dollars (declared and undeclared) have not influenced him or his research. He had agreed temporarily to sever most of his financial ties with the drug industry pending the outcome of the ongoing inquiry.

“He claims his science and publications are pure, supported by a peer-review system that is supposed to verify accuracy and authenticity. Finally, he challenges as office gossip reports of his legendary anger and intolerance of those who disagree or don't support his proposals.”

In The New York Times:

"In a contentious Feb. 26 deposition between Dr. Biederman and lawyers for the states, he was asked what rank he held at Harvard.

Latest: 3 Researchers at Harvard Are Named in Subpoena

Your case is sufficient that it doesn't need the ad hominem attacks.

Point taken and acted on.

there are thin red lines between all those stories .. it was a great thing to do

I am a mother of a bipolar child and I have always been hesitant to try drugs for his bipolar. So far natural techniques have worked especially advice we found at http://onlineceucredit.com/edu/social-work-ceus-bc. Parents with bipolar children should really check this website out.