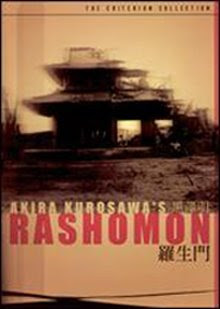 “There was something gallant in David Cameron's return to normal service. 'What a complete phoney!' he barked at Gordon, as if to signal there was no need to go easy any more. The PM was left behind the pace with a dogged sort of decency which – dammit – worked well for him. It makes him sound serious.

“Nick Clegg stood up at 12.17 and asked a brief question about the Stafford Hospital scandal. Had the "frenzied target setting" anything to do with the filth, squalor and fatal inattention to patients?

“Clegg's point is a good one: bureaucrats had been ticking boxes to get foundation hospital status even as patients were suffering hunger and thirst because they were nil-by-mouth until long-delayed operations took place.
“It wouldn't happen in Soweto.”
I was there 3 years ago and a white man was driving my taxi: Honest, we did not know. He was referring to "Brotherly Love, aka Apartheid". He looked honest too.
“Gordon said the malpractice was not reported to the board. True. Everyone has their deniability in place. That too is the legacy of Blair.

"Later it was revealed the trust had reacted to the news of rising mortality in their hospital by employing more (Doctors? Nurses? Surgeons?)... statisticians. More ‘clinical coding experts’ to change the way the data looked.”

Unbelievable!
“I bet they get their expert bonuses this year.”
Good one Simon. Read Simon’s full article here.

From The Independent again

“Health Secretary Alan Johnson: 'We should be spotting these issues earlier and getting rid of incompetent executives'”

“The chief executive of Stafford Hospital, which was condemned yesterday for ‘appalling’ emergency care that may have cost hundreds of lives, took a pay rise of up to £45,000 while the hospital was being investigated.

"Martin Yeates, who was suspended on full pay by the Mid-Staffordshire NHS Trust on Monday, was told in a letter on 23 May 2008 of the initial findings of the Healthcare Commission's investigation, detailing the chaotic conditions in the A&E department, with unqualified receptionists assessing patients, a shortage of nurses and doctors and a ‘complete lack of effective governance’.

“The letter was copied to the Department of Health but Mr Yeates remained in his post for nine more months, until he resigned two weeks ago, before being formally suspended by the trust.”
We didn't know! Like the Soweto Taxis driver.
He had a raise instead. Unbelievable!

“The shadow health secretary, Andrew Lansley, said the chief executive, chairman and non-executive board members should all have been sacked or suspended last year when the Department was first informed of the concerns by the Healthcare Commission.”

And replace them with someone from another trust?

“Mr Lansley cited a speech by Mr Johnson in October 2007, after publication of the report of an earlier NHS scandal at Maidstone and Tunbridge Wells hospital, where at least 90 patients died in an outbreak of Clostridium difficile. The Health Secretary had said: ‘We should be spotting these issues much earlier and getting rid of incompetent chief executives or chairpersons ... rather than waiting for a report such as this, by which time, frankly, most of the damage has been done.’”
The Commission began to have concerns about Stafford in 2007 and formally began its investigation in May 2008.

"Mr Lansley also protested at the failure of the West Midlands Strategic Health Authority to intervene. It is headed by Cynthia Bower, who is to become first chief executive of the Care Quality Commission, which will replace the Healthcare Commission from next month.
Unbelievable!