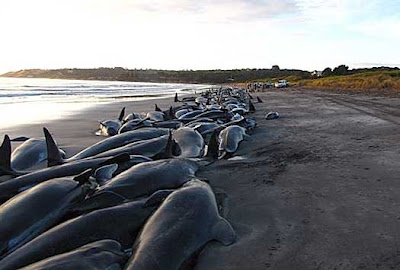 The scene of a mass whale and dolphin stranding on King Island
Photographer: John Nievaart of Naracoopa Holiday units

“We see dolphins and whales beaching and dying for reasons we do not understand and men make all the effort to save them and nearly all the time fail.” The Cockroach Catcher 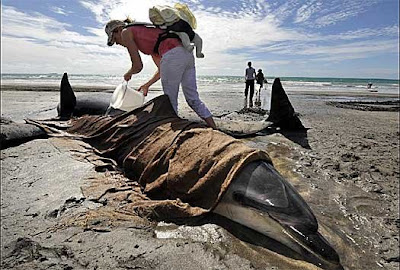 Jemma Blomhoff with her 4 months old daughter Jordyn on her back cares for this dolphin
Photographer: JAY TOWN


Someday Jordyn Blomhoff who was only 4 months old could tell her friends: I was there saving a dolphin. Would being taken to save whales and dolphins at 4 months of age appear on the new DSM or ICD code?


"When I heard, I grabbed some buckets. Jordyn was still in her pyjamas," said Ms Blomhoff, her mother. 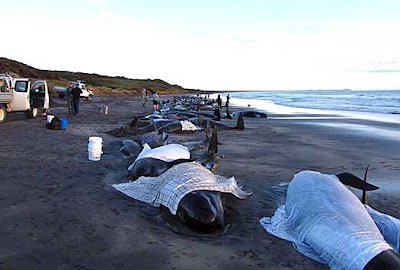 "They told us to find one [animal] and stick to it. Ours was a dolphin. We just tipped water over him continuously. When the water was on his face he would lift his face and open his blowhole as if he was really enjoying it. 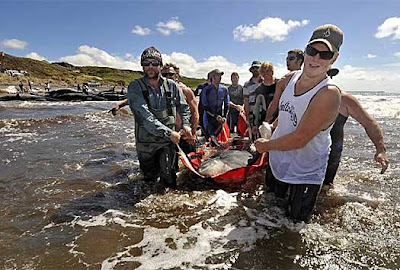 "They took him to the water in the carrier and when they put him back, he went silly. They had to hold him so he could get some strength back. He was lifting his tail. It was excellent. So it had a happy ending." From Tasmania’s paper
The Mercury

Others are not so lucky.
It has been a horror summer for Tasmanian whale strandings. 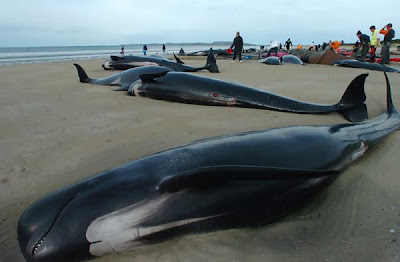 On November 22, 64 long-fined pilot whales stranded at Stanley in the state's northwest. Eleven were rescued. 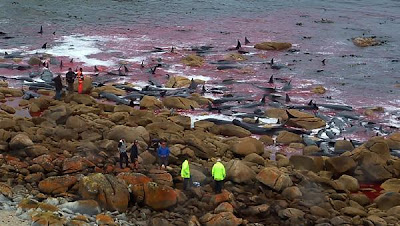 The rugged coast of Tasmania which claimed the lives of 155 whales.
Photo: The Examiner Newspaper

On November 29, 155 long-finned pilot whales died south of Arthur River on the West Coast and 32 were saved.
And in January, 48 sperm whales -- the huge species mythologised in the novel Moby-Dick -- died on a sandbar near Smithton in the state's North-West.
Some strandings have been linked to naval sonar activity. In 2005 the Royal Australian Navy said it would avoid areas where whales were known to be stranding.
There is still so little we know about the natural world and the last words go to Sir Peter Scott: 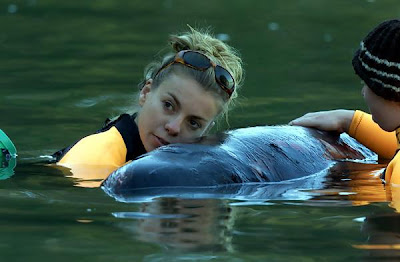 "We shan't save all we should like to,
but we shall save a great deal more than if we had never tried."

What wonderful pictures you have chosen.