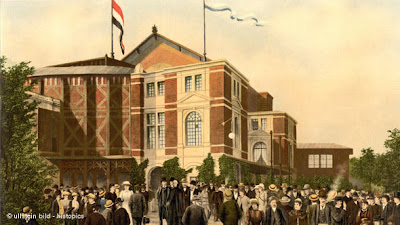 Bayreuth Festival opens today as the Wagner sisters agreed to end a truly Wagnerian feud and manage the festival together.
The Cockroach Catcher always felt that Wagner’s popularity was way beyond the music, or the mystical stories about Gods or the Holy Grail. His most important work, Der Ring des Nibelungen, may appear at first glance to be a grown up version of sword-and-sorcery epic about giants, dwarfs, gods, and heroes. To some it is a sort of opera version of Lord of the Rings.
The popularity of Der Ring des Nibelungen may not be as difficult to understand once we see it as a depiction of the ruling class, the ruling class of any country through the ages. You will perhaps begin to realise the genius of Wagner: that anyone that is in any position of power is not governed by the rules that govern ordinary people. I will include a reprint of my previous post on Der Ring des Nibelungen.
As a photographer, what caught my eyes were the very different photographs of Katharina. See for yourself.
Wagner sisters end feud cycle for 99th Bayreuth festival 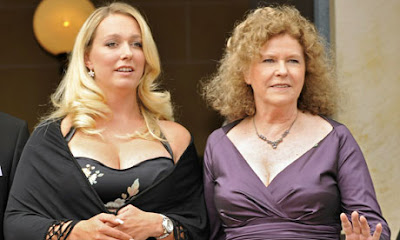 Katharina Wagner (left) and Eva Wagner-Pasquier
Photograph: Joerg Koch/AFP/Getty Images
Until two years ago the sisters – born to their late father Wolfgang Wagner's second and first wives respectively – were at the heart of what was described as the longest-running cultural feud of modern times over who should take over from their ailing father. But the siblings finally buried the hatchet in 2008 and agreed to manage the event together. Their father died last year, opening the way for a new era.                     More>>>>
Then in another article:
Bayreuth's plans to lay its Nazi ghosts to rest 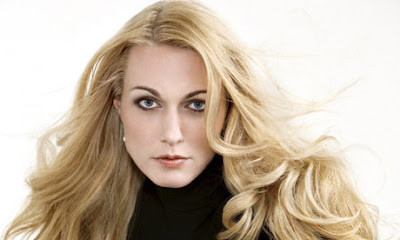 "Sunday’s audience, which had grumbled and tittered its way through the performance, was stunned into silence. Suddenly, Lohengrin had become a more troubling, more ambivalent work than we all imagined it to be. In place of utopias, it spoke of false dreams, taboos, uncertainty. The rats’ herd-like belief in a better life had been smashed, just as Lohengrin’s quest for unconditional love had failed. No wonder Wagner called Lohengrin his saddest opera."
Prelude Lohengrin

I really like this blog, It's always nice when you can not only be informed,but also get entertain, from these type of blog, that is such a nice award show, really enjoying to watch this, nice entry. Thanks.

This is truly a great read for me. I have bookmarked it and I am looking forward to reading new articles. Keep up the good work