The Dark Side: Il Trovatore

Another Baby Murdered: Mother threw own baby in fire

That was not another Social Services blunder.

Verdi’s Il Trovatore is probably well known to most for its Anvil Chorus. For me it is about The Dark Side, the dark side of human nature.

“My hunch is that despite media coverage many of us still fail to grasp the dark side – the dark side of human nature. Until we do, we shall continue to read about child abuse, abductions and murders of the worst kind.” From The Cockroach Catcher.

In Il Trovatore, Azucena is the mother who killed her own baby and Manrico was brought up by her. Manrico is the brother of Count Di Luna that burnt Azucena’s mother for being a witch. Azucena had to avenge her mother’s death. How much hate can you hold. She had to throw her own child in the fire, bring up Manrico so that he would one day be killed by his own brother! Unbelievable! The full synopsis here.

Well, that roughly is it, Il Trovatore and the dark side. One of Verdi's best! 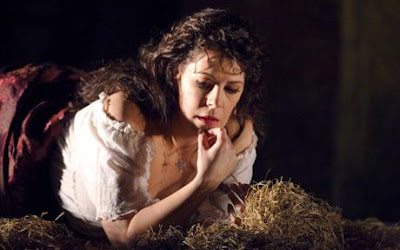 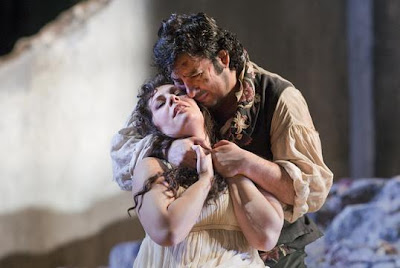 The Metropolitan Opera Il Trovatore: until May 8, 2009