Autumn is looking good for some: 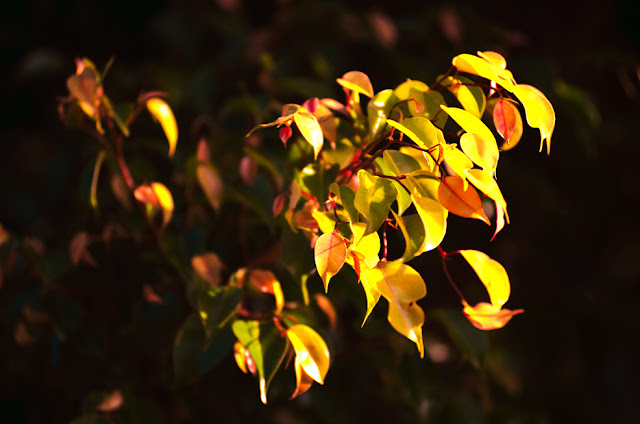 The case, a major victory for the government, represents the conclusion of a multi-agency investigation. It convened the Justice Department, the district attorney’s office, bank regulators and the Treasury Department.

In a filing in in , federal prosecutors said the bank had agreed to enter into a deferred prosecution agreement and to forfeit $1.26 billion. The four-count criminal information filed in the court charged HSBC with failure to maintain an effective anti-money laundering program, failure to conduct due diligence on its foreign correspondent affiliates and violating sanctions and the Trading With the Enemy Act.

“HSBC is being held accountable for stunning failures of oversight – and worse – that led the bank to permit narcotics traffickers and others to launder hundreds of millions of dollars through HSBC subsidiaries, and to facilitate hundreds of millions more in transactions with sanctioned countries, ” Lanny A. Breuer, the head of the Justice Department’s criminal division, said in a statement

At the upper echelons of the organization, the Senate report found, some bank executives had ignored warning signs and permitted the illegal behavior to continue unabated from 2001 to 2010.

Something strange here:
Lord Green, was HSBC's chairman from 2006 to 2010, after serving as its chief executive between 2003 and 2006. He is the current trade minister.
More:

The original problems began when agents with Immigration and Customs Enforcement spotted questionable trails of money between HSBC’s Mexican and operations.

Despite a chorus of warnings from federal banking regulators about the vulnerability of HSBC’s operations throughout the world, the bank didn’t fortify its controls, the Senate report found.

One of HSBC’s branches in the , the Senate report said, had virtually no oversight despite holding roughly 50,000 client accounts.

Other banks:
Standard Chartered: fined $340m (£203m) to settle federal charges that it laundered money on behalf of four countries, including , that were subject to US economic sanctions.
That deal covered currency transactions made at the bank's branch for Iranian, Sudanese, Libyan and Burmese entities from 2001 to 2007.

ING Bank NV, agreed to pay $619m (£384.8m) to settle allegations that it violated sanctions against countries including and .

— KPMG LLP (KPMG) has admitted to criminal wrongdoing and agreed to pay $456 million in fines, restitution and penalties as part of an agreement to defer prosecution of the firm, the Justice Department and the Internal Revenue Service announced today.

In the largest criminal tax case ever filed, KPMG has admitted that it engaged in a fraud that generated at least $11 billion dollars in phony tax losses which, according to court papers, cost the at least $2.5 billion dollars in evaded taxes. In addition to KPMG’s former deputy chairman, the individuals indicted today include two former heads of KPMG’s tax practice and a former tax partner in the office of a prominent national law firm.

Larson was also fined $6 million yesterday in federal court, Pfaff was fined $3 million and both were immediately jailed. Lawyer Raymond Ruble, a former partner at Brown & Wood LLP, was given a 6 1/2-year sentence. The three were convicted on Dec. 17 of tax fraud and other charges.

“All three defendants were central” to the tax shelter scheme, District Judge Lewis Kaplansaid in court. “They were instrumental in moving it through the KPMG bureaucracy.”

Lord Green urged to explain how much he knew about shamed bank's money laundering.

Profile: The banker who balances God and Mammon
Lord Green is not your everyday banker. He couldn't be further from the profession's image of immoral, bonus-fuelled money-grubbers.

Unfailingly courteous, cerebral and deeply religious, the tall and bone-thin peer sometimes seemed like one of the better sorts of civil servant when he was running the world's local bank. Which is what he was for a number of years (at the Ministry of Overseas Development) having first spent a year working in a hostel for alcoholics where he met his wife, Joy. From there, he joined McKinsey, the management consultancy, where he spent five years and earned a passport into the fast track of finance. He joined HSBC in 1982 and was on the board within 16 years with responsibility for investment banking. He became chief executive in 2003, and, three years later, executive chairman.

Yet the contradictions presented by his faith – he is an ordained minister – and his career never left him. He found the time to pen two books – Serving God, Serving Mammon, reconciling his career with this faith, and Good Value: Choosing a Better Life in Business. Perhaps some of his colleagues should have read them, then the bank's issues may not have arisen.

He is the current trade minister.

Griffith-Jones will join the FSA board on September 1, 2012 as a non-executive director and deputy chair.