Prague is in the news!

There is a good deal of debate on Private Income Cap for NHS Hospitals so I dug out what I have written recently: The evidence is not looking too good Secretary of State as the Royal Marsden was one of the few with a higher than 5% cap and yet England's OECD cancer figures are worst than Slovenia and the Czech Republic. I know that we have many Czech pharmacist over here, but please, Slovenia? 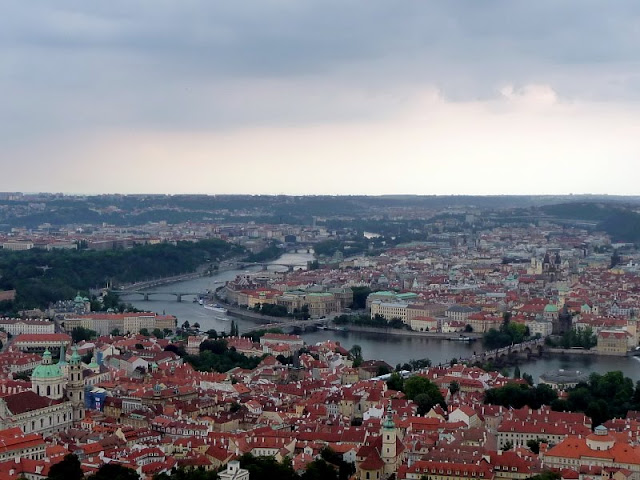 Prague ©2010 Am Ang Zhang
The Royal Marsden NHS Trust
The first dedicated cancer hospital in the world, founded in 1851, is still the best. With the  of , the Royal Marsden is the largest comprehensive cancer centre in Europe, seeing more than 40,000 patients from the  and abroad each year.

It has the highest income from private patients of any hospital in , testifying to its international reputation.

's premier cancer hospital plans to boost its income from private patients by 38 per cent over the next two years as its NHS income is squeezed.

The Royal Marsden Foundation Trust, which opened a new, private in-patient wing last month, aims to increase private earnings by almost £9m this year, taking the total to £54m – nearly a quarter of its turnover. It plans a further £8.1m rise in 2012-13.

The figures are revealed in its three-year "Forward Strategy" plan submitted to Monitor, the foundation trust regulator. They highlight efforts made by trusts to maximise income from private sources to make up the shortfall in public funding as the NHS budget

What about  NHS patients:

A report by the Organisation for Economic Co-operation and Development (OECD) has found that, despite record spending on health care, cancer survival rates in  are worse than in  and the .

Survival rates for breast cancer, prostate cancer and cervical cancer were below the average for the 34 developed countries in the study.

Mr Lansley lays the blame for the poor performance on the previous government’s failure to make sure that extra investment in the NHS reached the front line. He claims patient care was ignored in favour of increased salaries and botched computer systems.

It looks as if somehow our own NHS patients are losing out on the expert knowledge of our colleagues  at the Royal Marsden.

Yet we are going ahead with increasing the caps to 49% to all NHS hospitals.

Rashomon (1950) was made by one of ’s top directors Akira Kurosawa when  was just recovering from the Second World War. The director even had difficulty finding a horse for a crucial part of the film. I am sure many working in the field of mental health have heard of the Rashomon Effect, although many may not have had the chance to see the film. I used to keep a copy to loan to my staff. The Film, in black and white, was extremely well made and has been hailed by other film directors as near perfect. It just shows how lack of funding does not necessarily mean lack of quality.

Rashomon is fundamentally about truth and subjective truth. At the end of the film you are still not too sure but you have some idea. The story was simple enough:

“This landmark film is a brilliant exploration of truth and human weakness. It opens with a priest, a woodcutter, and a peasant taking refuge from a downpour beneath a ruined gate in 12th-century . The priest and the woodcutter, each looking stricken, discuss the trial of a notorious bandit for rape and murder. As the retelling of the trial unfolds, the participants in the crime -- the bandit (Toshiro Mifune), the rape victim (Machiko Kyo), and the murdered man (Masayuki Mori) -- tell their plausible though completely incompatible versions of the story.”

(from the: New York Times Review: March 1, 2008)
The murdered man was in fact a Samurai who had the task to maintain the honour of the Samurai tradition, even as a ghost. This was to some the most shocking part.

We know people lie: but GHOSTS?

So what is going on? Best cancer hospital in  if not the world and the worst figure for cancer survival!

Is this just an excuse to sell off Royal Marsden.

Or did they treat too may foreigners so that the survival figures of their country was better than ours.

If the Royal Marsden cannot help our Cancer doctors, why are we treating so many Medical Tourists?

Or is this the future, or should we become Medical Tourists to other countries.

With the way the government is charging ahead with the Reform, it is difficult to tell who might be telling the truth.

Rashomon has remained one of the top hundred films ever made. The ending at least gave the poor monk, who probably would have committed suicide or would nowadays be reaching for Prozac or other SSRIs, some hope.

A baby was heard crying. It was an abandoned baby. The woodcutter, who was poverty stricken, decided to adopt and look after this poor baby. He had six children – one more mouth would hardly make much difference.

There is hope in the world still.
Posted by Am Ang Zhang at 3:54 PM

Email ThisBlogThis!Share to TwitterShare to FacebookShare to Pinterest
Labels: Prague