All is not well in this beautiful part of the OLD WORLD that is Austria. 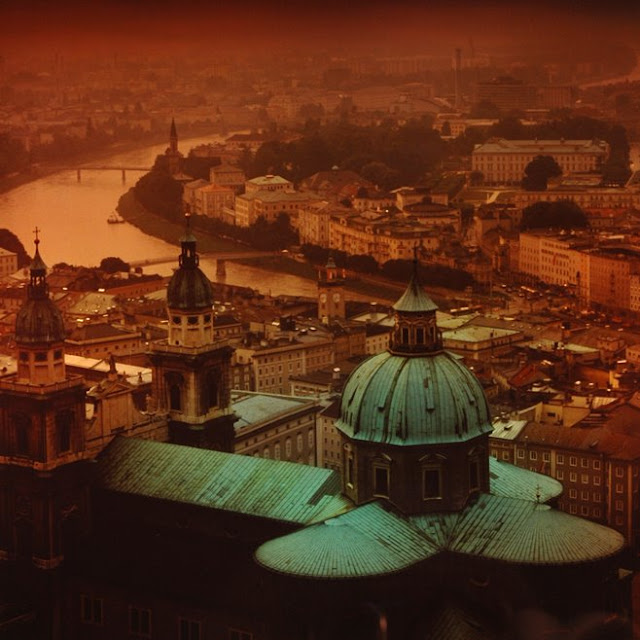 Josef Fritzl, an engineer in his seventies was found to have kept his 42-year-old daughter locked in his cellar since she was 19. The woman, who bore her father seven children during her captivity, was discovered only after one of the children she had with her father fell into a coma in hospital.

Austria does not have the monopoly of family abuse.

I can only quote from Chapter 27 in The Cockroach Catcher:

And your experience makes you sad:
I had rather have a fool to make me merry
than experience to make me sad…..
(from: As You Like It - Act II, Scene 7)

With so many quotable quotes from As You Like It you may wonder why I would chose to pick this one.
Perhaps it is a warning to young doctors to enjoy the blessings of inexperience. Luckily for me sadness brought about by experience from my clinical work is mercifully little but I would be either dishonest or heartless to say that there has been none.
As You Like It happens to be one of the few popular plays of Shakespeare that are often performed in schools, maybe apart from Dreams, and for most it is basically a comedy with a happy ending.
My wife and I went to a recent production at BAM (Brooklyn Academy of Music) by none other than Peter Hall with his daughter playing Rosalind – their debut.  Few would imagine Sir Peter picking for his debut but in the end it was a great experience. The New York Times said that it was more reviving than spending a week in the . Having been an accidental resident in the for two years I would dispute the comparison but totally agreed with the sentiments expressed.
At the BAM, it was like walking into a renovation site and in many ways I hope they leave it that way as it was rather charming. It was a most fitting setting for Shakespeare. I accept that they have to make sure it is safe.
It was at the start of my psychiatric training in when I asked one of my gurus about reading matter.  Apart from Shakespeare, he recommended Ibsen.  I have since read Ibsen's plays but still come back to Shakespeare, who seemed to be able to pick up so many strands of human experience.
My ideal Shakespeare is indeed one that can be performed on a bed sheet with a few broomsticks for prop and without wanting to sound derogatory, I would say that this was exactly the approach adopted by this production.
Much was left to the imagination and it worked.