I had a call from one of my many ex-juniors asking if I have read about the girl that deteriorated within 72 hours.

Wow as I went through these mysterious photos! 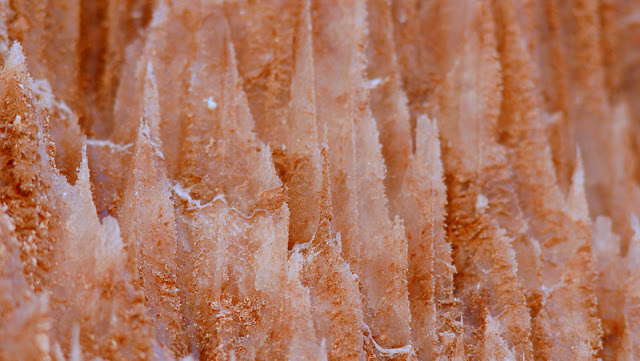 ©2015 Am Ang Zhang
"She cannot read, she cannot write, she cannot walk or go to the toilet. She is back in pads. She cannot do anything on her own. And there is a waiting list of 6 months to see a specialist at GOSH. Sounds like one of those NMDA cases!" 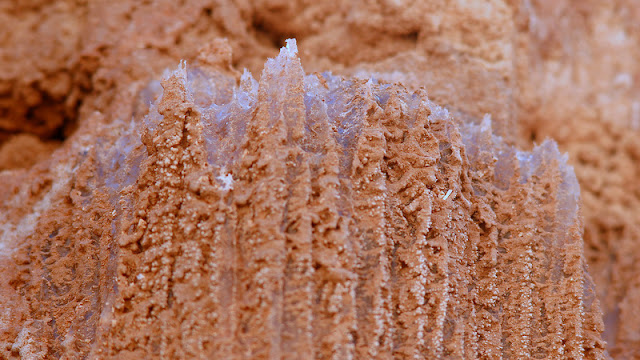 Well, what can I say. Time will tell and let me reprint my post:

As the BBC reported on the work on NMDA, this blog post was from Sep 1, 2013 and it was an answer to my case of Teratoma induced coma/psychosis.

In medicine, truly new discoveries are uncommon and with the emergence of guidelines and protocols it has become even more difficult to make new discoveries. It has taken over 30 years before I could understand what happened to my Teratoma patient. Luckily for her, the treatment she received would have been in line with what we know now of the condition.

Hospital Medicine indeed has its important place and most important of all in the discovery of new conditions and establishing diagnostic and treatment programmes.

It is perhaps timely to remind the next generation of Bright Young Things that become doctors to remember that psychiatric symptoms presented by a patient may indeed be the presentation of a neurological condition.

This is more so for bizarre combinations of psychiatric and other symptoms. It was in the last five years or so that much progress has been made on what is now called Anti-NMDA Receptor Encephalitis.

Who knows, one day medical scientists might be able to decipher the most difficult of psychiatric conditions: Schizophrenia. Bright Young Psychiatrist might have noticed that Clozapine, one of the most effective drugs for schizophrenia has a marked effect on the immune system.

In the mean time  might have something they could be proud of: the discovery of this new neurological condition.

For now, my patient’s parents’ prayer has been answered.


Chapter 29  The Power of Prayers

NEW ORLEANS — A mysterious, difficult-to-diagnose, and potentially deadly disease that was only recently discovered can be controlled most effectively if treatment is started within the first month that symptoms occur, according to a new report by researchers from the Perelman School of Medicine at the University of Pennsylvania. The researchers analyzed 565 cases of this recently discovered paraneoplastic condition, called Anti-NMDA Receptor Encephalitis, and determined that if initial treatments fail, second-line therapy significantly improves outcomes compared with repeating treatments or no additional treatments (76 percent versus 55 percent). The research is being presented at the American Academy of Neurology's 64th Annual Meeting in .

The condition occurs most frequently in women (81 percent of cases), and predominately in younger people (36 percent of cases occurring in people under 18 years of age, the average age is 19). Symptoms range from psychiatric symptoms, memory issues, speech disorders, seizures, involuntary movements, to decreased levels of consciousness and breathing. Within the first month, movement disorders were more frequent in children, while memory problems and decreased breathing predominated in adults.

My patient was under 18 and presented with catatonia symptoms. She later lose consciousness and was ventilated.

"Our study establishes the first treatment guidelines for NMDA-receptor encephalitis, based on data from a large group of patients, experience using different types of treatment, and extensive long-term follow-up," said lead author , , PhD, clinical research fellow in Neuro-oncology and Immunology in the   of Medicine at the . "In addition, the study provides an important update on the spectrum of symptoms, frequency of tumor association, and the need of prolonged rehabilitation in which multidisciplinary teams including neurologists, pediatricians, psychiatrists, behavioral rehabilitation, and others, should be involved."

The disease was first characterized by Penn's Josep Dalmau, MD, PhD, adjunct professor of Neurology, and David R. Lynch, MD, PhD, associate professor of Neurology and Pediatrics, in Annals of Neurology in 2007. One year later, the same investigators in collaboration with Rita Balice-Gordon, PhD, professor of Neuroscience, characterized the main syndrome and provided preliminary evidence that the antibodies have a pathogenic effect on the NR1 subunit of the NMDA receptor in the Lancet Neurology in December 2008. The disease can be diagnosed using a test developed at the  and currently available worldwide. With appropriate treatment, almost 80 percent of patients improve well and, with a recovery process that may take many months and years, can fully recover.

In earlier reports, 59 percent of patients had tumors, most commonly ovarian teratoma, but in the latest update, 54 percent of women over 12 years had tumors, and only six percent of girls under 12 years old had ovarian teratomas. In addition, relapses were noted in 13 percent of patients, 78 percent of the relapses occurred in patients without teratomas.
As Anti-NMDA Receptor Encephalitis, the most common and best characterized antibody-mediated encephalitis, becomes better understood, quicker diagnosis and early treatment can improve outcomes for this severe disease.
The study was presented in a plenary session on Wednesday, April 25, 2012 ET at 9:35 AM at the American Academy of Neurology's annual meeting.
[PL01.001] Clinical Features, Treatment, and Outcome of 500 Patients with Anti-NMDA Receptor Encephalitis

Anti-NMDA-receptor encephalitis: case series and analysis of the effects of antibodies

Of 100 patients with anti-NMDA-receptor encephalitis, a disorder that associates with antibodies against the NR1 subunit of the receptor, many were initially seen by psychiatrists or admitted to psychiatric centres but subsequently developed seizures, decline of consciousness, and complex symptoms requiring multidisciplinary care. While poorly responsive or in a catatonic-like state, 93 patients developed hypoventilation, autonomic imbalance, or abnormal movements, all overlapping in 52 patients. 59% of patients had a tumour, most commonly ovarian teratoma. Despite the severity of the disorder, 75 patients recovered and 25 had severe deficits or died.

Chapter 29  The Power of Prayers

Email ThisBlogThis!Share to TwitterShare to FacebookShare to Pinterest
Labels: NMDA