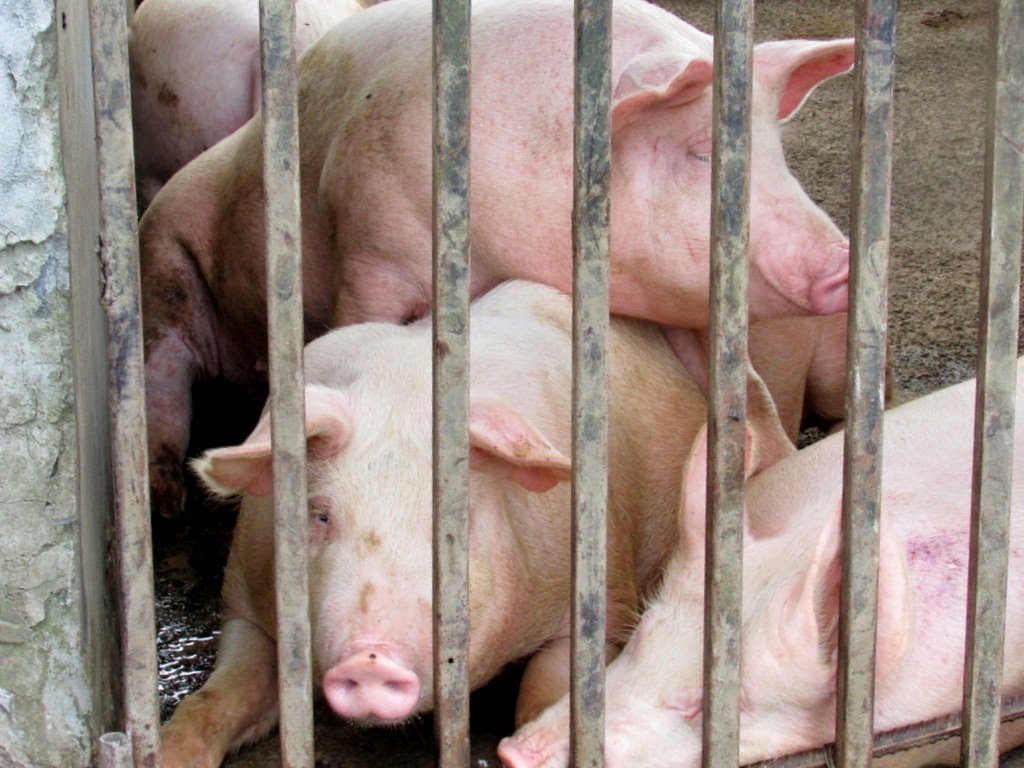 A short while back I blogged about GBM and how an innovative treatment may have helped. Being a doctor Dr Anderson noted this:
My wife, Carmen Alicia, called a local friend, also a cardiologist, who sent us to a nearby hospital; there, an MRI exam revealed a small spot on my brain. The neurologist felt it needed to be biopsied to obtain a tissue diagnosis. I immediately returned to Virginia and went to several specialists, who suggested further testing before I decided to have an invasive brain biopsy. I also had a blood test for cysticercosis, an infection that results from eating undercooked pork contaminated with Tenia solium. This common parasite produces cysts all over the body, including the brain. It is the most common reason for seizures in many countries, particularly in India, where children with seizures are first treated for this disease even before other studies are done. My blood test was strongly positive. I started a course of oral medicine to treat it. The test reassured me.
My later research showed that there may indeed be some association of Tenia and GBM.
Is neurocysticercosis a risk factor for glioblastoma multiforme or a
mere coincidence: A case report with review of literature


Neurocysticercosis (NC) is the most frequent and widespread human parasitic infection of the central nervous system (CNS). Glioblastoma multiforme (GBM) is a neoplasm of CNS in elderly population and may have a similar clinical and radiologic presentation as of NC. The coexistence of NC and neoplastic intracranial lesion in an individual is a very rare entity. The incidence of NC among intracranial space occupying lesions is reported to be 1.2-2.5%.[1–4] Though cerebral cysticercosis may be associated with glioma,[5] but this rare coexistence of NC and brain tumors puts into question a causal relationship between the 2 diseases. Here we report a case in which glioma and cysticercosis appeared concomitantly, with continuing progression of low grade Glioma to high grade Glioma (GBM, WHO grade IV).

So some religious dogma might actually be good for ones health.


But watch out, even if you do not eat pork:


Neurocysticercosis in an Orthodox Jewish Community in New York City


All the patients and their families adhered to Orthodox Jewish dietary laws, which forbid the eating of pork. Moreover, T. solium taeniasis due to the ingestion of contaminated pork is extremely unlikely in the United States. Cysticerci were detected in only 3 of more than 83 million hogs examined after slaughter under federal inspection in 1990.
The most likely sources of infection in the patients described in this report were women living and working in the patients' homes who had recently emigrated from Latin American countries where T. solium infection is endemic.

In 2003 the world was in the grip of a new plague that challenged our knowledge of medicine to its limit.

For the first time, doctors and nurses who were normally in the forefront of the fight against diseases were fighting for survival from SARS (Severe Acute Respiratory Syndrome), a new and dangerously contagious disease.  The alarm was first raised by its first victim, Carlo Urbani.  He was an Italian physician employed by the World Health Organisation (WHO) and based in  and he gave the disease its current name. It was as if this newly mutated virus knew what it was on about. Get the doctors as they would be the first who could deal with you. Urbani died. So did some of the medical staff that attended the first few patients.

Doctors often thought that they would be immune, a God given right I suppose.  Not so this time! The virus obviously knew what it was doing.

More about the DOCTOR I mentioned earlier:

He is a cardiologist for thirty five years, (so not a neurosurgeon then) but with the diagnosis his research unravelled one of the possible reasons for "catching" GBM.
Why?

Why did this tumor happen to me? I never smoked and had had no brain injuries, and there is no history of such tumors in my family. As a cardiologist, I had implanted close to 400 pacemakers in my life and during the procedure was exposed to ionizing radiation (X-rays). In the early days we used portable X-ray machines and gave ourselves some protection by using thin lead gowns. Nowadays, heavy lead gowns are worn, and doctors and technicians protect their thyroid and eyes with shields and glasses. We also use heavy sheets of radiation-protective glass that hang from the ceiling.

At some point in my research, I was surprised by an article by a Johns Hopkins-trained cardiologist who now practices in . He had collected data on 23 invasive radiologists and cardiologists who had developed tumors, of which 17 were GBMs on the left side of the brain. I wrote to the author, who told me that he had learned of several more such cases since his article was published, and he added mine to his file."

" I had a glioblastoma multiforme (commonly called a GBM) grade IV. This is the most malignant brain tumor; no grade II or III exist. A glioblastoma is what killed Sen. Edward M. Kennedy (D-Mass.) in 2009. While rare, it is the most common of the brain tumors. The prognosis is dismal; on average, patients survive only 14 months after diagnosis even with chemotherapy and radiation. After five years, only 5 percent of patients are still alive."

But wait: The Zapping!

" The       at  has the largest experience on the East Coast with my sort of tumor, so I went there for further consultation and treatment.

As doctors there examined me, it was obvious that my tumor had already grown again; in fact, it had quadrupled in size since my initial chemo and radiation. I was offered several treatments and experimental protocols, one of which involved implanting a modified polio virus into my brain. (This had been very successful in treating GBMs in mice.) Duke researchers had been working on this for 10 years and had just received permission from the FDA to treat 10 patients, but for only one a month."

"I was given the Salk polio vaccine to prevent a systemic polio infection.

At Duke, my skull was opened under local anesthesia and I had the viral infusion dripped through a small catheter directly into the tumor in my brain for six hours."

"I returned to Duke a month after the infusion, and though an MRI showed some expected swelling, the more significant fact was that the tumor had stopped growing. I have gone back to Duke every two months since then, and the tumor, initially the size of a grape, is now a scar, the size of a small pea. It’s been two years since the initial biopsy and radiation, and one year since the experimental polio viral treatment, and I have no evidence of recurrence nor tumor regrowth.

According to a presentation about the research that the Duke doctors gave last May, the results so far are promising: “The first patient enrolled in our study (treated in May 2012) had her symptoms improve rapidly upon virus infusion (she is now symptom-free), had a response in MRI scans, is in excellent health, and continues in school 9 months after the return of her brain tumor was diagnosed. Four patients enrolled in our trial remain alive, and we have observed similarly encouraging responses in other patients. One patient died six months following . . . infusion, due to tumor regrowth.” They added: “Remarkably, there have been no toxic side effects . . . whatsoever, even at the highest possible dose.”

That has been true for me. I feel as fit as I was three years ago, before the first symptoms of the glioblastoma made their appearance. I remain only on an anti-seizure medication."

Thirty years ago, I saw mountains as mountains, and waters as waters.

When I arrived at a more intimate knowledge, I came to the point
where I saw that mountains are not mountains,
and waters are not waters.