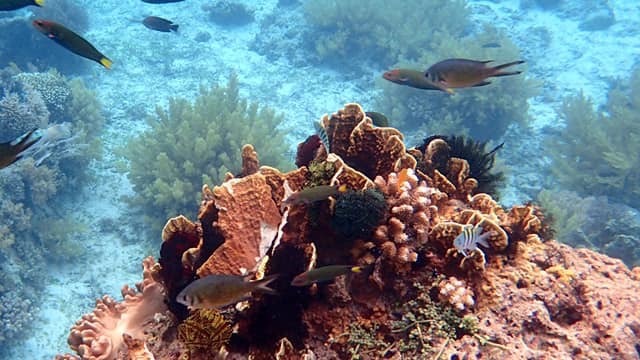 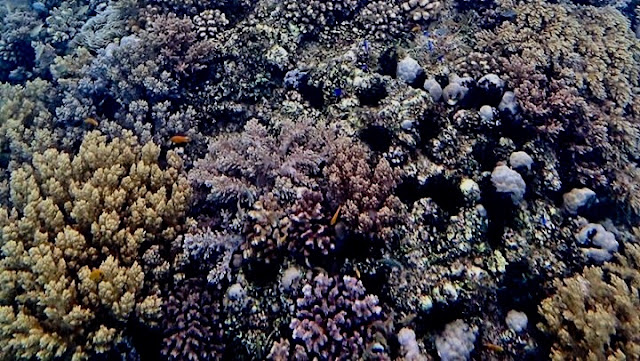 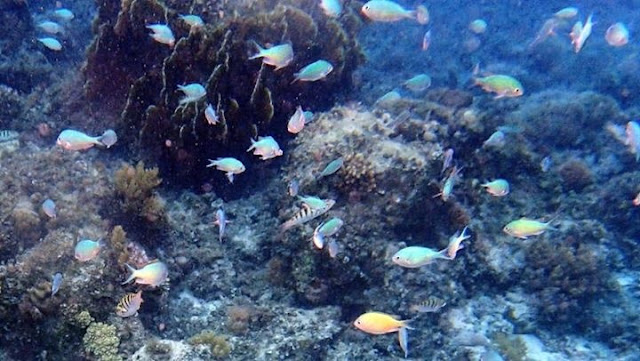 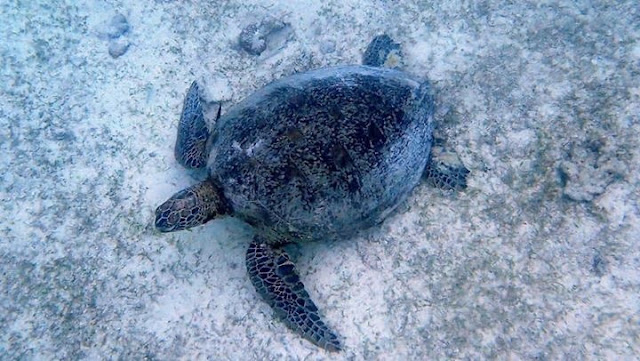 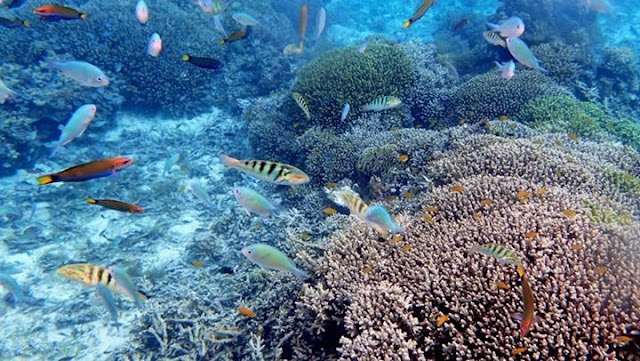 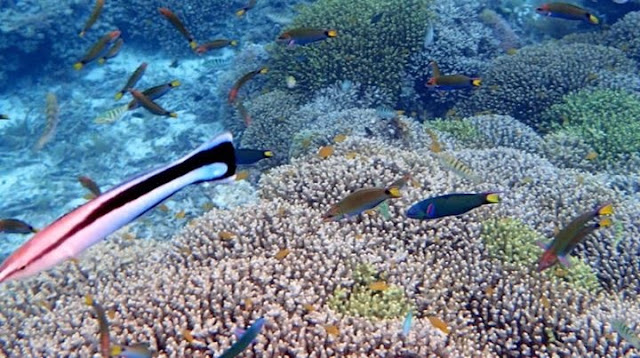 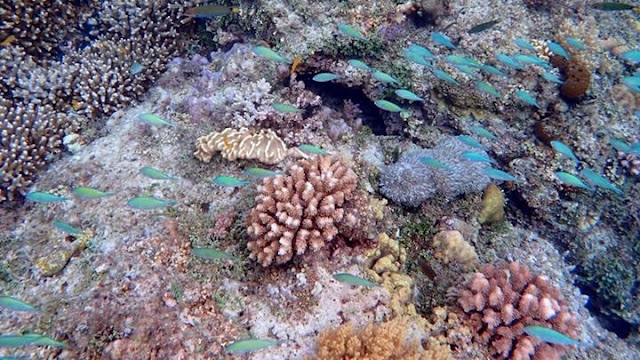 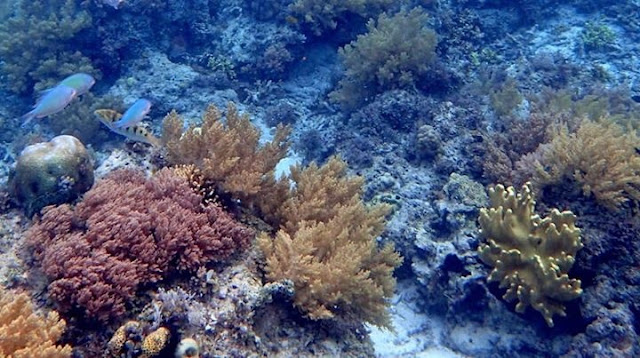 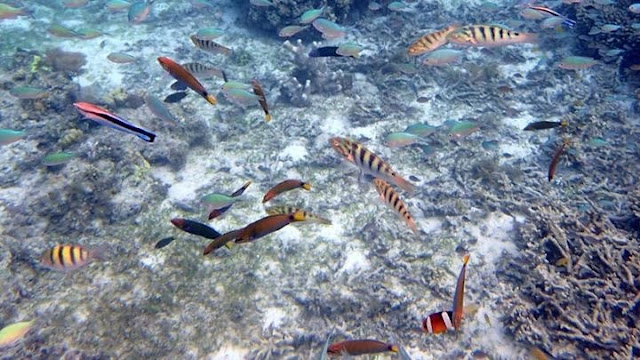 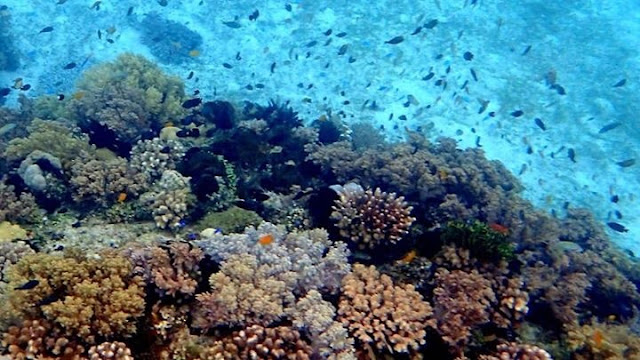 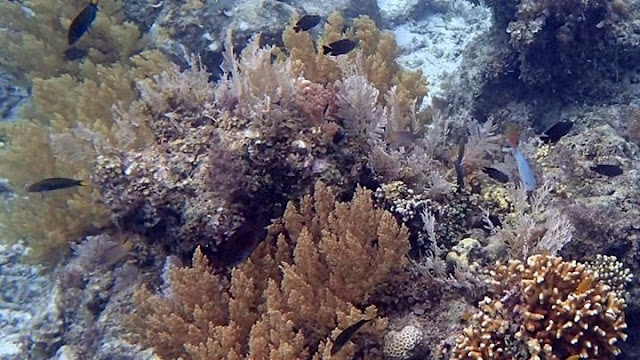 Ideas without precedent are generally looked upon with disfavour.
and men are shocked if their conceptions of an orderly world are challenged.
Bretz, J Harlen 1928.


We have always been led to believe that bleaching of the world's coral reefs is final proof of global warming. Not quite according to the NOAA:

When corals are stressed by changes in conditions such as temperature, light, or nutrients, they expel the symbiotic algae living in their tissues, causing them to turn completely white.

Warmer water temperatures can result in coral bleaching. When water is too warm, corals will expel the algae (zooxanthellae) living in their tissues causing the coral to turn completely white. This is called coral bleaching. When a coral bleaches, it is not dead. Corals can survive a bleaching event, but they are under more stress and are subject to mortality.

In 2005, the  lost half of its coral reefs in the  in one year due to a massive bleaching event. The warm waters centered around the northern Antilles near the Virgin Islands and  expanded southward. Comparison of satellite data from the previous 20 years confirmed that thermal stress from the 2005 event was greater than the previous 20 years combined.

Not all bleaching events are due to warm water.

In January 2010, cold water temperatures in the  caused a coral bleaching event that resulted in some coral death. Water temperatures dropped 12.06 degrees Fahrenheit lower than the typical temperatures observed at this time of year. Researchers will evaluate if this cold-stress event will make corals more susceptible to disease in the same way that warmer waters impact corals.

The Great Barrier Reef at 18.2871° S is hitting the news with much bleaching.

Email ThisBlogThis!Share to TwitterShare to FacebookShare to Pinterest
Labels: snorkel

Nice post. I study something tougher on completely different blogs everyday. It would all the time be stimulating to read content material from other writers and follow just a little one thing from their store. I’d prefer to use some with the content material on my weblog whether or not you don’t mind. Natually I’ll provide you with a link on your web blog. Thanks for sharing. casino play

This blog is so interesting and impressive


I am very glad to comment on this site with the excellent content of your site. clipping path service
Car Image Editing service
Background Removal Service