It was the 2002-3 SARS epidemic that led to the massive adoption of face masks as personal anti-viral protection in China and elsewhere in East Asia: More than 90% of Hong Kong residents reportedly wore them during the SARS epidemic. 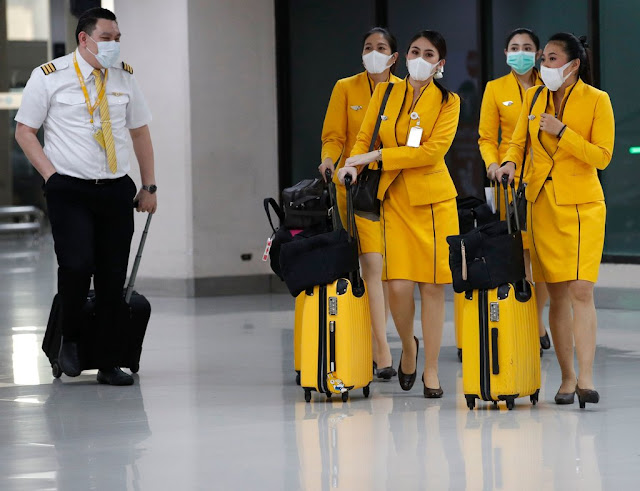 Anti-epidemic masks as we know them today were invented in more than a century ago, during the Chinese state’s first effort to contain an epidemic by biomedical means. When the plague struck the northeastern provinces of the in the autumn of 1910, the Chinese authorities broke with their longstanding opposition to Western medicine: They appointed Wu Lien-teh (also known as Wu Liande), a young and brilliant Cambridge-educated Chinese doctor from British Malaya, to oversee efforts to stem the outbreak. The plague that was killing at least 1 in 3 was about to meet its match. 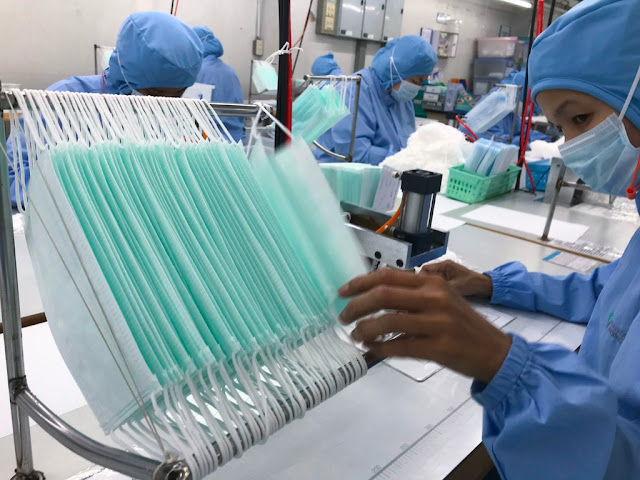 Facing a surge in demand, workers doubled down on mask production at a factory in Bangkok last month.Credit...Jonathan Klein/Agence France-Presse — Getty Images

Soon after arriving in the field, Wu asserted that this plague wasn’t being spread by rats, as had been assumed, but was airborne. The statement was heresy, and turned out to be correct. Wu proved his point by adapting existing surgeons’ masks — which were made of a cotton wad encased in gauze — into easy-to-wear protective devices and ordered Chinese doctors, nurses and sanitary staff to use them. He also made sure that the masks were worn by patients and their immediate contacts, and he distributed some among the general public. 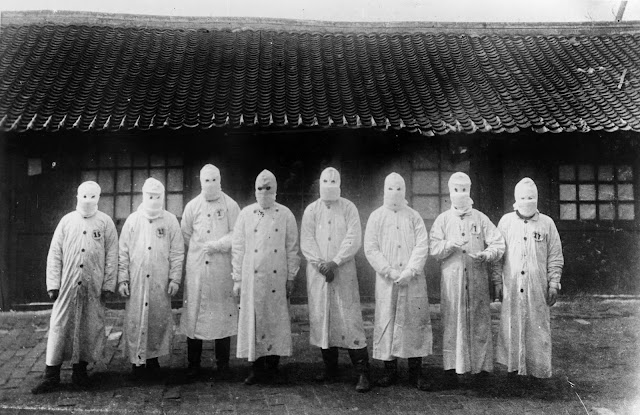 The personal protection equipment worn during the 1911 plague epidemic in Manchuria.Credit...Institut Pasteur/Archives Henri Mollaret
Wu’s Japanese and European colleagues on the ground were skeptical until the death of an eminent French doctor who wouldn’t cover up even while attending patients. Gauze masks were soon adopted, extensively. Some wearers would first stamp them with a seal from a temple — more than simply medical devices, the masks became talismans.

Email ThisBlogThis!Share to TwitterShare to FacebookShare to Pinterest
Labels: Covid 19