ADHD: Back To Nature?

In The Cockroach Catcher:

“It has to be one of the few most enjoyable things in life to be able to watch wildlife in its natural habitat. Most will agree that going to the zoo, watching Discovery or National Geographic channel is not going to be the same. Others argue that your presence alone or with a group of like minded people would have made the situation unnatural. I have no argument with the latter view, but there can hardly be a better alternative. If more of us can see wildlife in its most natural setting, then we can begin to see the need to preserve nature for the generations to come, not just building zoos or aquariums and ignoring the natural environment in which these animals thrive.” 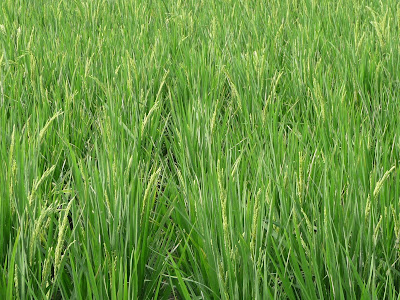 
Now someone might have found another useful effect of "NATURE”.

The New York Times headline on October 17, 2008:
A ‘Dose of Nature’ for Attention Problems

A study, published online in the August The Journal of Attention Disorders, found that children were able to focus better after the "green" walks compared to walks in other settings.

"After each walk, concentration was measured using Digit Span Backwards. Results: Children with ADHD concentrated better after the walk in the park than after the downtown walk or the neighborhood walk. Effect sizes were substantial and comparable to those reported for recent formulations of methylphenidate.”

In my clinical practice I’ve come across many parents trying to look for a non-drug based approach to deal with the problem. Unfortunately one can see how unpopular such a study would be for drug firms.

The study conducted at the University of Illinois only evaluated 17 children with attention deficit hyperactivity disorder, who all took part in three 20-minute walks: in a park, in a residential neighborhood, and in a downtown area. This is in essence a small scale study and I doubt if it would really make any impact on our own NICE guidelines.

The Times article stated:
"Although the study is small, the data support several earlier studies suggesting that natural settings influence psychological health. In 2004, a survey of parents of 450 children found that "green" outdoor activities reduced A.D.H.D. symptoms more than activities in other settings.

"Despite the small size, the study is important because it involves an objective test of attention and doesn’t rely on children’s or parents’ impressions. During the walks, all of the children were unmedicated — participants who normally took medications to control their A.D.H.D. symptoms stayed off the drugs on the days of the walks.

"The researchers found that a ‘dose of nature’ worked as well or better than a dose of medication on the child’s ability to concentrate. What’s not clear is how long the nature effect can last.

Well, as far as The Cockroach Catcher is concerned, he is all for any management approach that is obviously harmless. Even if it does not substantially help ADHD sufferers, a dose of nature is beneficial for anyone, and good news for those of us who believe that we should preserve as much of nature as possible for generations to come and perhaps for treating future ADHD cases. 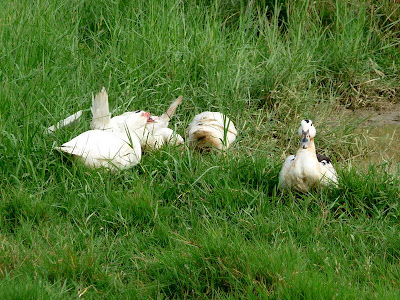 Dr. Kuo will have the last words:
"We can’t say for sure, ‘two hours of outdoor play will get you this many days of good behavior,’ but we can say it’s worth trying. We can say that as little as 20 minutes of outdoor exposure could potentially buy you an afternoon or a couple of hours to get homework done.”

I quite agree and even if there is not enough scientific proof such a walk is refreshing.