For the NHS? For Kaiser Permanente? 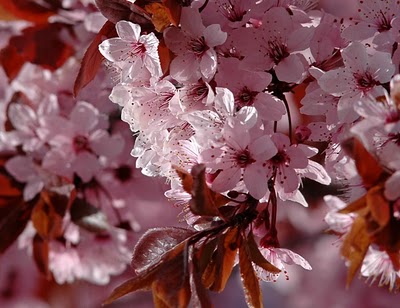 Cherry picking soon©2007 Am Ang Zhang
I have posted a few posts recently on Kaiser Permanente. As many of my still working consultant colleagues will be discussing the NHS reform and that they will be offered the model of Kaiser Permanente as the ultimate answer to everything that is wrong with the NHS.

When all the talk is about trying to emulate Kaiser Permanente in the NHS reform up and down the country, my observation is that unless there is some radical rethink, the new NHS may end up as removed from Kaiser Permanente as imaginable.

Ownership and integration has undoubtedly been the hallmark of Kaiser Permanente and many observers believe that this is the main reason for its success, not so much the offering of choice to its members. Yes, members, as Kaiser Permanente is very much a Health Club, rather than an Insurer.  Also, a not so well known fact is that Kaiser doctors are not allowed to practise outside the system.

It is evident that the drive to offer so called choice in the NHS, and the ensuing cross-billing, has pushed up cost.  The setting up of poor quality ISTC (Independent Sector Treatment Centres) that are hardly used is a sheer wastage of resources.  When Hospital Trusts are squeezed, true choice is no longer there.  Kaiser Permanente members  in fact sacrifice choice for a better value health (and life style) programme.

The push for near 80% of GP commissioning is to lure the public into thinking that they are going to be better served.  In fact this is a very clever way to limit health spending and at the same time leave the rationing to the primary care doctors in a very un-integrated system.
From: NHS-Kaiser Permanente: Integration?
Kaiser Permanente does not cover everybody and by being able to reject or remove the chronically ill the comparison with the NHS was at best meaningless and at worst ……well I do not really want to say.

So what would they do by 2014 when they can no longer reject pre-existing conditions.

Well, their founding fathers may well have ensured their ability to continue.

Obama Reform legislation does not apply to Kaiser Permanente.

A Book: THE PLOT AGAINST THE NHS
BMJ: Questioning the claims from Kaiser
Guardian: Allyson Pollock
Links:


City and Hackney BMA division Motions to the SRM