Over the last ten years or so, I kept meeting friends in the U.S. whose children seemed to progress from one psychiatric diagnosis to another with frightening regularity, the most common being from ADHD to Bipolar. One grandmother recently asked me what I thought of Bipolar illness in children.

“Well my grandson of five has just been diagnosed. To me he is just an imaginative bright young thing and I never really had any problems with him when he spent part of the school holidays with me. But now he is on all these medications……” she told me.

Her own husband is a physician and her son is a dentist.

According to the United Nations, the U.S. produces and consumes about 85 percent of the world's methylphenidate.

The DEA also tracks Schedule II controlled substances from the point of manufacture to the point of distribution to the consumer. This data reveals that there is wide variation in the levels of use of methylphenidate and amphetamine from state to state, and even among communities within states. This implies that there may be both under-prescription and over-prescription of medication for ADHD across the U.S., depending on the community.

To make matters worse, on Oct. 16, 2011 the American Academy of Pediatrics overrode the FDA and recommended that children as young as age four be diagnosed with ADHD and given the stimulant methylphenidate (e.g., Ritalin, Metadate, Focalin, Daytrana and Concerta).

The scientific literature actually shows that 50 percent or more of children this young when given Ritalin, Focalin, Dexedrine, Adderall and other stimulants will become obviously depressed, lethargic, weepy -- but more manageable. Moreover, it's been proven time and again that the stimulants stunt their growth. In addition, studies show that stimulants will permanently change their brain chemistry, cause shrinkage of brain tissue, predispose children to cocaine addiction in young adulthood, stigmatize them with a false diagnosis and push them toward becoming permanent consumers of psychiatric drugs.

In the New York Times, the headline reads:Child’s Ordeal Shows Risks of Psychosis Drugs for Young

At 18 months, Kyle Warren started taking a daily antipsychotic drug on the orders of a pediatrician trying to quell the boy’s severe temper tantrums.

The boy’s daily pill regimen multiplied: the antipsychotic Risperdal, the antidepressant Prozac, two sleeping medicines and one for attention-deficit disorder. All by the time he was 3.

He was sedated, drooling and overweight from the side effects of the antipsychotic medicine. ……Mother: “I didn’t have my son. It’s like, you’d look into his eyes and you would just see just blankness.”

A Columbia University study recently found a doubling of the rate of prescribing antipsychotic drugs for privately insured 2- to 5-year-olds from 2000 to 2007. Only 40 percent of them had received a proper mental health assessment, violating practice standards from the American Academy of Child and Adolescent Psychiatry. 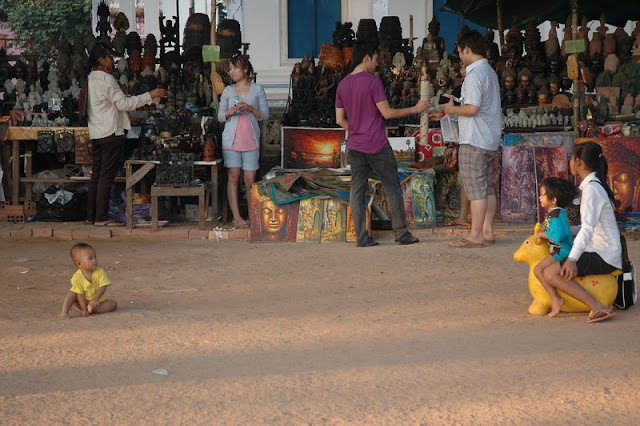 “A world-renowned Harvard child psychiatrist whose work has helped fuel an explosion in the use of powerful antipsychotic medicines in children earned at least $1.6 million in consulting fees from drug makers from 2000 to 2007 but for years did not report much of this income to university officials, according to information given Congressional investigators.”

Who is the psychiatrist?

“By failing to report income, the psychiatrist, Dr. Joseph Biederman, and a colleague in the psychiatry department at Harvard Medical School, Dr. Timothy E. Wilens, may have violated federal and university research rules designed to police potential conflicts of interest, according to Senator Charles E. Grassley, Republican of Iowa. Some of their research is financed by government grants.”

It was Dr Biederman’s presentation I heard at the conference I mentioned earlier. This is interesting!

“Like Dr. Biederman, Dr. Wilens belatedly reported earning at least $1.6 million from 2000 to 2007, and another Harvard colleague, Dr. Thomas Spencer, reported earning at least $1 million after being pressed by Mr. Grassley’s investigators.”
The New York Times was quick to point out that these figures were most likely an under-estimate.
“Dr. Biederman is one of the most influential researchers in child psychiatry and is widely admired for focusing the field’s attention on its most troubled young patients. Although many of his studies are small and often financed by drug makers, his work helped to fuel a controversial 40-fold increase from 1994 to 2003 in the diagnosis of paediatric bipolar disorder, which is characterized by severe mood swings, and a rapid rise in the use of antipsychotic medicines in children. The Grassley investigation did not address research quality…..

In the past decade, Dr. Biederman and his colleagues have promoted the aggressive diagnosis and drug treatment of childhood bipolar disorder, a mood problem once thought confined to adults. They have maintained that the disorder was under-diagnosed in children and could be treated with antipsychotic drugs, medications invented to treat schizophrenia….

Doctors have known for years that antipsychotic drugs, sometimes called major tranquilizers, can quickly subdue children. But youngsters appear to be especially susceptible to the weight gain and metabolic problems caused by the drugs, and it is far from clear that the medications improve children’s lives over time, experts say.
What is the number of children involved?

“Some 500,000 children and teenagers were given at least one prescription for an antipsychotic in 2007, including 20,500 under 6 years of age, according to Medco Health Solutions, a pharmacy benefit manager.”
This is why I have always argued that reports from parents, teachers and children cannot entirely replace direct clinical observation.

“More broadly, they said, revelations of undisclosed payments from drug makers to leading researchers are especially damaging for psychiatry.”


ADHD: To treat or not to treat?
Spring City Golf: ADHD & Music