Pink Floyd could have been:

If you don't eat yer Broccoli, you can't have any pudding!

3Ds for getting your child to eat Broccoli: 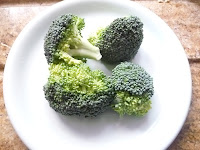 If three generations did not eat broccoli, someone will get Leprosy. Scary!

Young toddlers seem to dislike broccoli. So what can the poor mum do? The Cockroach Catcher in his Child Psychiatrist hat has the 3 D approach: Demand, Disguise & Deceive.

It is in effect the privatisation of Secondary Care. There are 240 consultants at GOSH. FT status will mean no cap on private income. More private work means one thing: less NHS work. I just hope they collect the medical fees first before some of the “clients” claim diplomatic immunity.

For Hospital FTs that are failing, they will be bought by the likes of Circle. There is no guarantee that the successful ones won’t be either. Business is business.


At least half the board members of some GP consortia, the new bodies that will take over commissioning, have links with a single private healthcare company, an investigation by Bureau of Investigative Journalism, published in the Independent and Pulse Magazine can reveal.

Assura Medical, majority controlled by Sir Richard Branson’s Virgin Group, has links with 50 per cent or more of the board members at three of the 52 first-wave GP pathfinders.
The Department of Health responded to the investigation by saying it planned new guidance on the make-up of consortia and how to deal with potential conflicts of interest following Professor Steve Field’s ‘listening exercise’ report.

'Eat your broccoli': Moms demand it. Can government?

, — About 20 minutes into Tuesday's hearings, Appeals Court Judge Diana Gribbon Motz told Liberty University lawyer Mathew Staver that she was surprised a certain topic had yet to come up: "the broccoli question."
"There is a lot of talk in the papers about if Congress can do this, it can require people to buy broccoli," Motz said.

I don’t want any broccoli!

Disguise:
“Do whatever!”
“Listen to him. Pretend you are doing what he wants. Better still get his trusted elder sister to listen to him!”
NHS Reform: we have our listening exercises!

But I don’t want any broccoli!

Deceive:
“Mix it with his favourite Red Berry Juice and grind it up. Tell him it is not broccoli!”

He told a conference of GPs in : "So for those of you concerned that the listening exercise represents a tearing up of our plans to modernise the NHS, don't be. For those of you worried that in places the detail of the bill was at odds with the principles of reform, be reassured."

He also maintained the forum's approach to the bill was "not to tear it up, not to start from scratch [and] not to reject or undermine the fundamental principles of the reforms and the bill." His comments prompted claims that the experts' work, under professor Steve Field, was mainly about public relations and had produced changes to Lansley's original plans that are "totally cosmetic".

The government says:
We will outlaw any policy to increase the market share of any particular sector of provider. This will prevent current or future Ministers, the NHS Commissioning Board or Monitor from having a deliberate policy of encouraging the growth of the private sector over existing state providers – or vice versa. What matters is the quality of care, not the ownership model.

This statement is disguised as a control on privatisation, but note "or vice versa". This means the revised bill will outlaw the Government now, or in the future, from naming the NHS as preferred provider.

The terminology of the NHS as preferred provider implies a deliberate attempt to encourage NHS public provision, so this policy will be outlawed (by legislation if the bill passes). However, the key point is that the policy of "Any qualified/willing provider" does not explicitly encourage private sector provision per se (although it is obvious that this is what it is designed to do.)

As long as Government policy is not seen to deliberately and directly encourage private sector provision, the market share will be allowed to change. In fact, the decisions to involve private companies will actually be made locally by the clinical commissioning groups. This is therefore local decision making and not Government policy itself. So increasing NHS privatisation is still clearly on the agenda and the idea of the NHS being the preferred provider with be confined to the dustbin of history.

You really have to hand it to the politicians and policy makers. They have managed to produce of paragraph that looks as though they are preventing further NHS privatisation, but it actually means that they are legislating against the NHS being the preferred provider!                   Guardian Live blog Dr Clive Peedell

Twitter: http://t.co/EbL59lx No references in Future Forum Report to keeping the SOS's duty to provide the NHS in !


Evan Harris: There are new threats to the NHS emerging as the Conservatives appear to try to bring in competition and privatisation through another route".

We don't need no education / We dont need no thought control!
Posted by Am Ang Zhang at 11:02 AM