Madness and Ethnicity: Part A

The idea that all men are created equal is a very attractive one. It is also politically correct and it pleases every modern open-minded person. 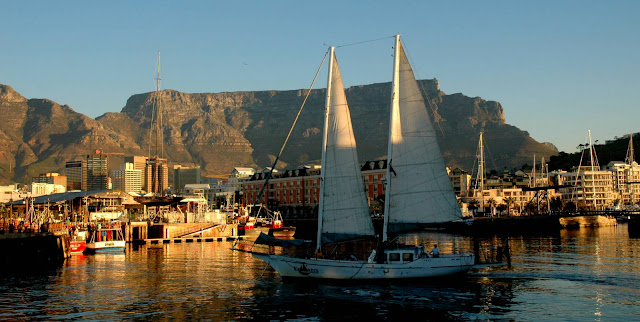 Table Mountain, Cape Town, South Africa ©2013 Am Ang Zhang
When I at last visited the great nation of , I realised how real the concept of a superior race was in our own time and in our own generation. The one thing Apartheid (supposedly good neighbourliness) did for the black people was to unite them, most of them anyway, in . One only has to look at the neighbouring countries to realise how indirectly Apartheid strengthened the resolve of the South African people.

It is a generally held view that world wide the rate of schizophrenia stays the same regardless. However, according to some reports, in the ETHNIC population has twice as high a rate for developing psychosis than white Caucasians[1].  Why should that be?

Could it be that doctors and especially psychiatrists in are reluctant to diagnose the most serious of mental illness in the white population, but not so for the ethnic groups?  Could it be that ethnic people by virtue of their migratorial history inadvertently put their descendants at risk[2]? Could the rate of drug abuse be a contributory factor?

Although puzzling, it cannot be denied that at any one time half of our psychotic patients were Ethnic, and all of our eating disorders were white.
Thomas
Thomas was a white boy with loving and doting parents. He was the only child. His mother must have been a ballerina at some point in her life as the house was adorned with black and white ballet photos. His father worked hard as one of these young store managers for a big national supermarket.
Thomas had a good pocket money allowance. He had all the latest gadgets a boy could want.   PS2[3] was his latest Christmas present. He used to have wall posters of Ferraris and Porsches as he could not quite decide on which one he liked better. No pop stars, no girl posters, no, that was not Thomas. Mother did let on later her worries that he might be gay.
Then during the summer school break, he suddenly tore off all his posters, stopped playing with his PS2, as mother could no longer hear the racing car noise, and started writing copious amounts. He used to get food for himself as both parents had a busy social life and he was sixteen and liked to get his own food. Mother noticed that he went through the ice creams, Mars bars and biscuits but not much else. He was often up till the small hours, writing.  He did not sleep much and when the family finally saw him he looked dreadful.
One day mother decided to go into his room to check. That was when she found all the posters torn off.
His bed was unmade and his dirty clothing and sweet wrappers and paper were all over the place. She thought the room had a funny smell too. Not the usual boy smell.
She looked at the pages and pages of his writings. It was the Bible, the Bible according to Thomas! Her son had turned into the new Saviour and was writing a new version of the Bible.
She looked under his bed. No, no Playboy or Penthouse or worse. No such luck. Instead she found three strange glass structures.
It is simply astonishing how little parents know of the youth culture of today.
Thomas had been taking marijuana for some time and just had his first psychotic episode. He had been having MUNCHIES[4] and those strange glass structures were BONGS[5]
Drug and sex education should be for parents not the children, I have always maintained, but nobody would listen to me. has now the worst teenage pregnancy problem in despite its vigorous Sex Education program and not far behind in teenage drug problem.
Father in his neat modern management way wanted to know how it happened, what Thomas should take and how long it would be before he could recover, what his chances of relapse were and what he should do to prevent future relapses. Mother just cried, listened and cried.
“My nice boy uses drugs and is now psychotic and the two are probably related!  What have I done wrong?” wailed mother.
There really was no family history I could find.  Even in my cautious way I had to concede that this white Caucasian teenager had drug induced psychosis but the prognosis might not be as bad as the parents feared. Only time would tell.

From The Cockroach Catcher:  Chapter 44  Madness and Ethnicity

[1] Detention figures in & – Using datasets for the purpose of examining detentions under Part II of the Mental Health Act 1983 in , a study reported that Black people were over six times more likely to be detained than White people. In the cases of Black men this rose to an eight-fold increase, while Asian people were 65% more frequently detained under Part II (Audini and Lelliott 2002). This study analysed 31,702 incidences of Part II detention over the period 1988-99 from areas with a combined population of 9.2 million.
Previous studies have placed the figure for detentions for Black people at closer to three times more likely than for White people although one article that reported this statistic included Asian in its definition of Black (Keating et al 2003).
An update on current literature relating to Chinese mental health reported returns to the Mental Health Act Commission detentions for Chinese as 0.3% for the period from 1996-98 (Cowan 2001). This percentage detained is exactly the same as the proportion of Chinese people in the & national population with 40% residing in Greater London.
A study which conducted a retrospective case note analysis on hospital records and clinical notes of restricted hospital order patients conditionally discharged from a large medium secure unit in England between 1987-2000, compared data on those of Black African-Caribbean race and origin with all other ethnic categories (Riordan et al 2004). Most of the subjects in both groups had a diagnosis of schizophrenia and there was an over-representation of Black people (36%) as compared to the general population.

[2]  Migration and schizophrenia, a paper published in Social Psychiatry and Psychiatric Epidemiology - The last decade of the twentieth century has seen an unprecedented increase in the number of reports in the psychiatric literature documenting increased rates of psychotic illness among migrants in a range of European countries. In countries where high rates of immigration have been long-standing such as and the , these increased rates have also been seen in the second generation of migrants. This has impacted on psychiatry significantly with regard to the aetiology, diagnosis, and treatment of schizophrenia.

[3] PS2: Play Station 2. A Computer based game console made by Sony.
[4]Munchies - Smoking cannabis often triggers an urge to eat - what smokers sometimes refer to as "the munchies".

[5] Bong - A bong, also known as a water pipe, is a smoking device, generally used to smoke marijuana.

Madness and Ethnicity: Part B