There is little doubt that overhydration is now the biggest threat to the runners. Most fatality is due to hyponatraemia and as far as my searches go, no one has died from dehydration during the various Marathons.
Despite what you may have read: DEHYDRATION is not the problem. Low SODIUM is!
Elite Marathon runners in the past rarely drank much during races. Mike Gratton, when he won the London Marathon in 1983, apparently drank nothing.
It has been said that even doctors may overlook the role of low sodium in rescues especially as there are sports drinks in abundance.

runners who drink too much water are at risk of a deadly condition
The Washington Post.
Every couple of miles, the 30,000 or so runners competing in the 36th Marine Corps Marathon on Sunday will pass stations stocked with water and sports drinks. Most, hopefully, won’t stop unless thirsty. Some, however, following outdated advice, will drink according to a preset schedule — even downing all they can hold — increasing their risk, doctors say, of a potentially fatal medical condition.
The condition, called exercise-associated hyponatremia, killed Hilary Bellamy of Bethesda two days after she competed in the 2002 Marine Corps Marathon. 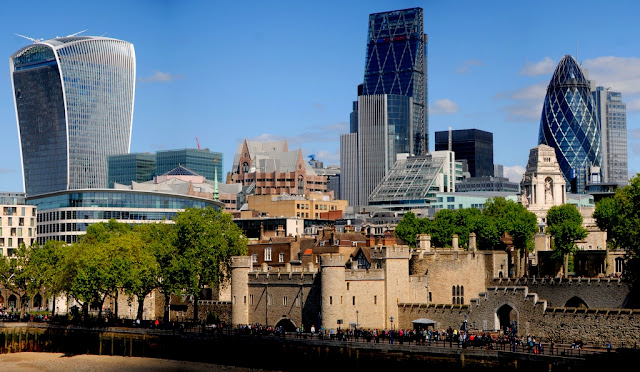 © 2016Am Ang Zhang
As runners from around the world prepared themselves for the London Marathon. I will publish my take from an earlier post.


It is amazing to hear of advice on drinking plenty of water in any heat wave both here and in the US.

Marathons:
Marathons are often sponsored by bottled water companies and their main aim is to let the public get he image of runners with bottles of their water.

Of 766 runners enrolled, 488 runners (64 percent) provided a usable blood sample at the finish line. Thirteen percent had hyponatremia (a serum sodium concentration of 135 mmol per liter or less); 0.6 percent had critical hyponatremia (120 mmol per liter or less). On univariate analyses,hyponatremia was associated with substantial weight gain, consumption of more than 3 liters of fluids during the race, consumption of fluids every mile, a racing time of >4:00 hours, female sex, and low body-mass index.

Modern marathon advice is to up the intake of salty food in the pre-race preparation. When dehydrated taking salt and water alone will not work: see below.

When I was growing up in the tropics, one of the fruits we were given after a long walk was watermelon with salt sprinkled on it. This was long before the current understanding of Oral Rehydration. My parents were careful to warn us then that just drinking water is no good. Why? They did not know!

Now I do but watermelon is still my favourite and in the tropics you can buy fresh water melon juice in the summer.

Chinese farm workers:
It has to be said that the diet of many Chinese farm workers was generally higher in sodium, from dried salted fish and vegetables. It is likely that the serum sodium of many such workers would have been at the high end of the normal range. Modern advice on cutting down sodium often does not take account of sweating in hot countries. A friend of mine with hypertension had an epileptic seizure when he went to work in Singapore. Luckily the medical services there were alert to the problem and he survived. He was on a low sodium diet and on diuretics amongst other medications.

Free water:
I also remember one very hot August day when we hiked down Grand Canyon to Angel Point. There were warnings everywhere of the risks and even fatalities on such walks. The National Park did have clean drinking water taps along the way and one particular girl overdid the drinking. She had a narrow escape, as the Ranger fortunately knew a thing or two about rehydration. He put some salt in a can of Sprite and reverted a potentially serious situation.

Thailand:
The first time we went to Thailand the most amazing dip was simply a bowl of sugar that has been mixed with salt and some chopped chilies for good measure. This dip was used for serving unripe mangoes, papayas, guavas and other local fruits, and gave me a taste sensation that was unforgettable. Same principle as ORT.

In Thailand, workers in rice fields, fruit orchards and vegetable patches manage to survive temperatures of over 100°F.

Golf:
The Cockroach Catcher plays golf in his holiday home in the tropics and he uses his own mix of diluted Pomegranate juice and a pinch of salt for Oral rehydration. I would never drink plain water alone.  This is one time where a bit of sugar helped the body to absorb salt and fruit juice is higher in potassium.

When the first public golf course was opened on the beautiful island of Kau Sai Chau in Hong Kong, drinking water was provided along the course. One player drank so much that he nearly died of water intoxication (result of drinking excessive amounts of plain water which causes a low concentration of sodium in the blood leading to amongst other problems: ‘brain’ swelling---cerebral oedema).

Cocktails:
It seems wrong to recommend alcohol but has anyone worked out why cocktails from hot countries would be served with the rim of the glass covered in salt!!!

Drowning:
I remember one of my professors telling us: the body survives dehydration much better than drowning. How right he was, as water intoxication is in a sense a kind of drowning.

Cholera:
I well remember Hong Kong’s cholera epidemic in 1961 and the major cause of death was the rapid loss of fluid due to a specific secretive action of the cholera germ. Patients could die in a matter of hours. The medical profession has long been of the strong belief that Intravenous Fluid (IV Fluid) is the only answer. In that situation, the patient is in shock and to find a vein means a cut-down: literally cutting through the skin to find one. It is a messy business as the patient is violently pumping out fluid in the most horrendous fashion.

Johns Hopkins established a centre in Calcutta in the 1960s to study precisely a better way to replenish the fluid. IV fluids were expensive to manufacture and required medical personnel to administer. Their Clinicians sought help from basic physiology and carried out the first carefully controlled study which showed that intestinal perfusion of cholera patients with saline solutions containing glucose strikingly reduced fluid loss. Put simply, the patients could just drink a glucose and salt solution and the glucose would allow the salt to be piggy backed and absorbed, thus sparing the need to use IV fluids.

“……These compelling findings, however, did not convince the medical establishment, who remained sceptical that such a simple therapy could substitute for traditional intravenous fluid replacement in severely stricken patients under epidemic conditions in the field.”
The World had to wait for a war, this time in Pakistan, when Bangladesh fought for its independence in 1971 and 9 million refugees poured into India and with them cholera. When IV saline treatment was exhausted, Dr Mahalanabis, who had worked at the Johns Hopkins Centre in Calcutta, took the gamble and decided to prescribe a simple solution of glucose and salt in the right proportion for the friends and relatives of the cholera patients, thus saving at least 3.5 million people.  Since that time it was estimated that such a simple and cheap remedy saved at least 40 million more lives.
No wonder The Lancet hailed the development of oral rehydration therapy (ORT) as "the most important medical discovery of the 20th century".
The scientists at Johns Hopkins and Dr Mahalanabis received the Pollin Prize of $100,000 in 2002.

“Ideas without precedent are generally looked upon with disfavor and men are shocked if their conceptions of an orderly world are challenged.”

Email ThisBlogThis!Share to TwitterShare to FacebookShare to Pinterest
Labels: Marathon