To Intervene Or Not: A Colossal Failure Of Common Sense.

Guidelines seem to have crept into Child Psychiatry as much as other branches of medicine. If we are truthful, we still know so little about the human psyche that different approaches in therapy often have merits that may suit the individual better than if we follow guidelines rigidly. In my thirty years of Child Psychiatric practice I was fortunate enough to have been able to use a range of approaches. I do wonder sometimes if we need to intervene. “Wait and see” may remain as medicine’s most important doctrine. Sometimes we cannot intervene at all.
“……father had accepted the end of his marriage and had left my stunning fashion-model mother to bring up their five children all on her own. I was the oldest……”
“……mom now in desperate financial straits, my three brothers and
one sister and I ended up in a housing project in the worst part of a distinctly suspect city……”
“……there were gangs of trainee criminals staging shoplifting raids and nighttime burglaries all over the city……”
“……in eighteen months I went to three different schools, each on a bigger disaster than the last…….” 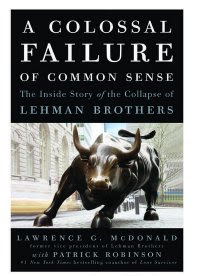 Crown Publishing/Random House
The ten year old was the young Lawrence McDonald. By all accounts he should have been a drop out of sorts and yet he struggle from a pork chop salesman (and a good one at that ) to become Vice President on the trading floor of Lehman Brothers for four years.
An inside tale of Lehman Brothers' downfall
Jennifer Reingold July 20, 2009

“It's the tale of Lehman Brothers, which rose and fell in spectacular fashion, ending with the largest bankruptcy filing in history.


Written with novelist Patrick Robinson, the book is engaging and even funny, which is tough to do when you're writing from the perspective of a bond trader at a now-extinct company. McDonald, who worked for Lehman for four years, was laid off in early 2008, at a time when the company's death spiral was already well underway but the world hadn't quite figured it out yet. But even then, McDonald writes, it was obvious to him that Lehman CEO Dick Fuld and his right-hand-man Joe Gregory made decisions that led directly to the company's demise. ……Lehman, says McDonald, went down because of hubris and arrogance. It bought too high, sold too low -- and oh yeah, leveraged itself up the wazoo in the process.


“……..One darkly funny anecdote finds McDonald and a colleague sitting in the
parking lot of New Century Financial in , counting the Jaguars and Lotuses all around them. ‘I definitely never before saw one single spot on God's green earth with so many top-of-the-line automobiles parked shoulder to shoulder,’ he wrote. He shorted the company, which later went under in April 2007.”


“It was much too late to save the ship. The government opted not to save Lehman……In the early morning hours of September 15, Lehman died -- almost taking the world's economy along with it. A mistake for the financial system? Perhaps. But if McDonald's account of Lehman's final days is accurate, it was essentially built to fail.” 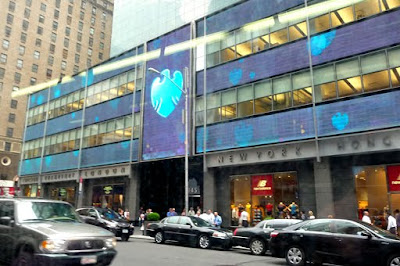 Since March 2009 Barclays share price has gone up seven times.
Lawrence McDonald, The Players
Dr Am Ang Zhang is the author of The Cockroach Catcher.
London Review: Sunday Times, Independent
Related: Betrayal, The Independent, Reuters Latest,Bank of England
Latest: Guardian Update, Gimmicks
Posted by Am Ang Zhang at 8:55 AM