I have just come home from watching a rather disturbing film: Michael Mann’s Public Enemies and then I read about the Patients Association and the NHS in Jobbing Doctor, Dr Grumble, Dr Rita Pal. What a day! 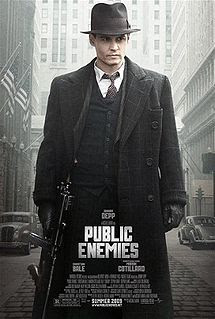 Public Enemies Universal Pictures
“Sandy, also known as Alexander happens to be a Freemason. He hasn't declared this because he probably thinks the public may not approach the Patients Association if they knew that the biggest establishment honcho was getting access to their data. I have nothing against freemasons but they can be a bit annoying when they start playing the same games as described in Stephen Knights The Brotherhood. I read the book in about 2001 following the BBC piece on Freemasons at the GMC. The issue about the Brotherhood is that it opens your eyes to some of the tactics used in medicine. Medical Freemasons are essentially protectors of the establishments interests. Have I been subject to their tactics? Who knows but if I have been, their tactics haven't quite worked. Recognition of the tactics used by Freemasonry is essential to any doctor in the NHS.”

The Jobbing Doctor observed that The Patients Association has many sponsors :
“I would like to hope that we would not read detailed stories about the kind of terrible care that people are getting, and hope that the Patients' Association use all their corporate supporters (AAH, Amgen, Astra Zeneca, AIG, BMI Healthcare, Convatec, Cardinal Health, Denplan, Enturia, GlaxoSmithKline, Harley Medical Group, ims, iss mediclean, Johnson & Johnson, 3M, Medical Services, Medirest, MSD, Molnlycke Health Care, Napp, Pfizer, Primary plus and Virgin Health Care) to help them to errrm......
What a lot of corporate supporters.” By the way

Dr Grumble asked questions that many of us that loved the old NHS have been asking:
“Why, for God's sake, are we advertising? Why are we whipping up demand for ever more healthcare? Why are we creating unnecessary demand when we should be meeting necessary needs? Why do we have one part of the system purchasing services from another part of the system? It is like Sainsbury's buying produce from farms that it owns. Of course we all know that the supermarkets give the farmers a tough time. They are always screwing a better deal out of them. Better produce at cheaper prices. That makes sense. But driving through these deals takes time and effort. If you buy your produce direct it might actually be cheaper. There is more than one way of doing things. Really.”
The next government should take note of this (and it is free):
“But people don't just work for money. People in healthcare see the 'product' before their eyes. They see the distress of disease or the distress of a patient lying in a pile of shit. Doctors have always wanted to make people better as soon as possible. Nurses have always wanted their patients to be comfortable. In those days matrons or sisters would be appalled if they ever found a patient left lying in a pile of poo by the then plentiful student nurses. If they saw that happening they would feign a swoon in front of the laggardly learner, pick themselves up and then clean up the patient immediately themselves to demonstrate the seriousness of the matter. That's why Dr Grumble stops ward rounds to do rectal examinations himself. It is to demonstrate the unacceptability of sloppy practice.”
The “best managers” have messed up the whole financial system and many banks were as good as nationalised. These banks did not need a Dillinger to rob them.
Please do not privatise the NHS as you will probably need to nationalise it again.
Links: Public Enemies, GMC, Free Masons
Three Doctors: Jobbing Doctor, Dr Grumble, Dr Rita Pal, More Jobbing Doctor
Latest:

NHS & the Repeal Of The Glass-Steagall Act

I love your blog by the way!

Greed and Smugness
The large amount money now available for Healthcare UK has aroused the interests of Greedy People. That includes Big Pharma and doctors who once lurked waiting for large safe pensions, have now come into the open.

In those hands, no one is safe

"...the strongest man in the world is the man who stands most alone."Ibsen in Enemies of the People.

the sad thing is that in the end it may well be the majority of people that brought down the NHS.