Can an old brain learn, and then remember what it learns? 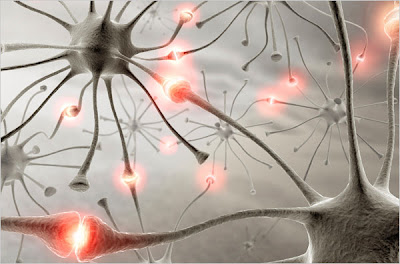 The New York Times  gave some encouraging news for the New Year.

As it happens, yes. While it’s tempting to focus on the flaws in older brains, that inducement overlooks how capable they’ve become. Over the past several years, scientists have looked deeper into how brains age and confirmed that they continue to develop through and beyond middle age.

Many long held views, including the one that 40 percent of brain cells are lost, have been overturned.

Recently, researchers have found even more positive news. The brain, as it traverses middle age, gets better at recognizing the central idea, the big picture. If kept in good shape, the brain can continue to build pathways that help its owner recognize patterns and, as a consequence, see significance and even solutions much faster than a young person can.

Perhaps that is why some of us blog: The Jobbing Doctor, Dr Grumble.

The trick is finding ways to keep brain connections in good condition and to grow more of them.

The more we blog, the better?

“The brain is plastic and continues to change, not in getting bigger but allowing for greater complexity and deeper understanding,” says Kathleen Taylor, a professor at St. Mary’s College of California, who has studied ways to teach adults effectively. “As adults we may not always learn quite as fast, but we are set up for this next developmental step.”

Educators say that, for adults, one way to nudge neurons in the right direction is to challenge the very assumptions they have worked so hard to accumulate while young. With a brain already full of well-connected pathways, adult learners should “jiggle their synapses a bit” by confronting thoughts that are contrary to their own, says Dr. Taylor, who is 66.

“There’s a place for information,” Dr. Taylor says. “We need to know stuff. But we need to move beyond that and challenge our perception of the world. If you always hang around with those you agree with and read things that agree with what you already know, you’re not going to wrestle with your established brain connections.”

Such stretching is exactly what scientists say best keeps a brain in tune: get out of the comfort zone to push and nourish your brain. Do anything from learning a foreign language to taking a different route to work.

Better get out my Spanish discs again as we get ready for South America!

“As adults we have these well-trodden paths in our synapses,” Dr. Taylor says. “We have to crack the cognitive egg and scramble it up. And if you learn something this way, when you think of it again you’ll have an overlay of complexity you didn’t have before — and help your brain keep developing as well.” New York Times  :BARBARA STRAUCH