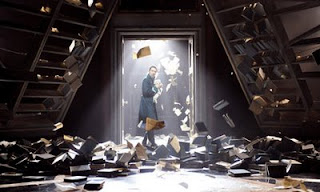 Winter’s Tale, Tristram Kenton Guardian
Hermione: "You pay a great deal too dear for what's given freely". -
(Act I, Scene I). The Winter’s Tale.

Bloomberg
Jul 20, 2010
UnitedHealth Profit Jumps as Medicare, Medicaid Grow
UnitedHealth Group Inc., the biggest U.S. health insurer by sales, raised its full-year profit forecast after increased enrollments and lower-than-projected medical costs lifted second-quarter earnings 30 percent.
The insurer forecast 2010 profit of $3.40 to $3.60 a share compared with a previous projection of $3.15 to $3.35, citing growth in sales or membership for all business units. Net income rose to $1.12 billion, or 99 cents a share, for the quarter, from $859 million, or 73 cents, a year earlier, the company said today. The earnings and forecast topped estimates.
Chief Executive Officer Stephen Hemsley boosted enrollment in Medicare Advantage, the U.S.-backed program for the elderly. Weakness in the economic recovery in the U.S. also helped, by keeping people away from doctors and hospitals, said Jason Gurda, a Leerink Swann & Co. analyst in New York. UnitedHealth did better than expected for commercial enrollment, taking business from rival insurers, he said.
Washington Post
October 18, 2006
UnitedHealth's Options Scandal Shows Familiar Symptoms
Stephen Hemsley, who upon being hired in June 1997 was presented with 400,000 stock options with an issue date of five months earlier. Hemsley told the Wilmer Hale lawyers that he "didn't recall focusing at the time" on the $2.9 million gimme he'd just been handed as a result of the backdating.
You might say that Hemsley comes honestly to his lack of focus and ethical sensitivity. Before coming to UnitedHealth -- I'm not making this up -- he'd spent the previous 23 years at Arthur Andersen, rising to chief financial officer. That's the same accounting firm that helped bring you Enron, WorldCom and Freddie Mac. And, you'll be shocked to learn, it's the same Arthur Andersen that served as a consultant to Spears and other members of UnitedHealth's compensation committee.
Hemsley was rewarded for his lack of focus by being named to succeed McGuire as chief executive. He was also directed to root out the senior executives in the legal, accounting and personnel departments who provided the bad advice on which the board and chief executive now say they have relied. Hemsley, too, has volunteered to reprice his options.
The reward:
Chief executive Stephen Hemsley pulled in $102 million in 2009, with $98.6 million coming from exercised stock options, according to a filing with the Securities and Exchange Commission Wednesday.    Star Tribune
The Guardian:
Friday 16 July 2010
The Minnesota-based firm beat Bupa and Humana to win the contract from the health department to advise PCTs
The Minnesota-based UnitedHealth has already become a key adviser to primary care trusts (PCTs) on commissioning health services and operating bids to run GP practices. Earlier this month it beat Bupa and Humana, another US health insurer, to win the contract from the health department to advise PCTs.
The decision follows successful bids to run two GP practices in Derbyshire in 2006 and three practices in central London in 2008, taking over from the Brunswick Group. In April the company announced a 21% increase in profits for the first three months of the year to $1.2bn (£784m).
United said it brought high level management expertise and efficient provision of services to the UK health service but it has faced accusations of overcharging and malpractice in a series of legal suits.
New York Settlement:
Bloomberg:
January 15, 2009
UnitedHealth Group Inc., the biggest U.S. health insurer, said it will spend $400 million to settle allegations it has manipulated payments to doctors and patients for the last 15 years.
The company agreed to put $350 million into a class-action restitution fund to pay physicians and policyholders for services provided by out-of-network providers, the company said in a statement today. On Jan. 13, the Minnetonka, Minnesota-based insurer settled allegations from New York Attorney General Andrew Cuomo by paying $50 million and transferring to a nonprofit group its database that set the amount to be reimbursed when patients used doctors outside their network.
UnitedHealth has been battling the largest physician group, the American Medical Association, over out-of-network costs since 2000. The settlement affects less than 10 percent of health benefits because most policyholders use their health plan’s network providers to minimize out-of-pocket expenses. Still, the AMA said it stopped rampant cheating Its California subsidiary was fined a record $3.5m in the same year for mishandled claims against patients and doctors. In 2006 The UnitedHealth chief executive William McGuire resigned after an investigation "concluded he had received stock option grants 'likely backdated' to allow insiders to maximise financial gains." During his tenure as chief executive, McGuire was granted more than $1.6bn in stock options. In 2007, McGuire avoided trial after he agreed to repay $468m.


In one example, Cuomo’s office said that when $200 was a fair-market rate for a 15-minute doctor’s visit for a common illness, Ingenix said it was $77. UnitedHealth would pay $62 when it should have paid $160, leaving the consumer with a $138 bill.


The British Medical Association may now have a new role.

Not forgetting of course that Accenture (previously Andersen Consulting) withdrew from the Connecting for Health programme and was fined only £63 million as opposed to the £1 billion it should have been fined. But the Director of the Connecting for Health programme was one Richard Granger, who had previously worked for Andersen Consulting. I'm sure it was a complete coincidence..

There is clear evidence that most hospitals will be privately run and there will be no publicly employed staff.

In the new system, the hospitals will fight to get the case seen and treated in order to secure the money.

If the contract is not a block contract, money will run out and GPs will get the blame.

The new private companies "helping" GPs will award themselves with high bonuses. Where is the money from, the same pot.