Do we continue to blame doctors?

Or farmers? Or vets?

"Some veterinarians' profit margins are bigger than those of cocaine dealers," says Nicki Schirm, who has been a veterinarian in the state of for more than 25 years. When a veterinarian finds a sick chick among 20,000 other chicks, he treats the discovery as justification to preventively treat the entire flock with antibiotics, says Rupert Ebner, a veterinarian from the Bavarian city of . "Nowadays, flock or herd health monitoring is the code name for the generous administration of drugs," says Ebner. In many cases, he adds, fake diagnoses are used to provide a justification for the use of antibiotics.

Some 900 tons of antibiotics were fed to animals in in 2010. This is 116 tons more than in 2005, and more than three times as much as the entire German population takes annually. Pharmaceutical producers were required to report their 2011 sales of veterinary drugs by the end of March. A number of companies did not comply, prompting the Federal Office of Consumer Protection and Food Safety to request the information in writing.

According to The  of Concerned Scientists:
New Pathways for Transmission: Farm Workers
Microbial Drug Resistance 13(1):69-76.Akwar et al. 2007.
Risk factors for antimicrobial resistance among fecal Escherichia coli from residents on forty-three swine farms.
"Akwar et al. found that people living and working on swine farms where antibiotics were used in feed had increased chances of carrying resistant E. coli. In some cases, the risk of resistance for the farm workers was higher than if they had taken antibiotics themselves. Once farm workers are colonized by resistant bacteria they can transfer them to family members and others in their community."

The use of antibiotics in farm animals is widespread and is not restricted to the treatment of infections but for the enhancment of weight gain. In business terms it is the conversion ratio of feed to weight that matters. The Obama government may well be taking steps to control it due to the rising incidents of Hospital Infections. Chicken and other animals can grow up to twice as fast as 30 years ago when antibiotics were not in the feeds. Scary!

It may therefore require more than "washing hands" if we do not want more outbreaks like this and other ones. 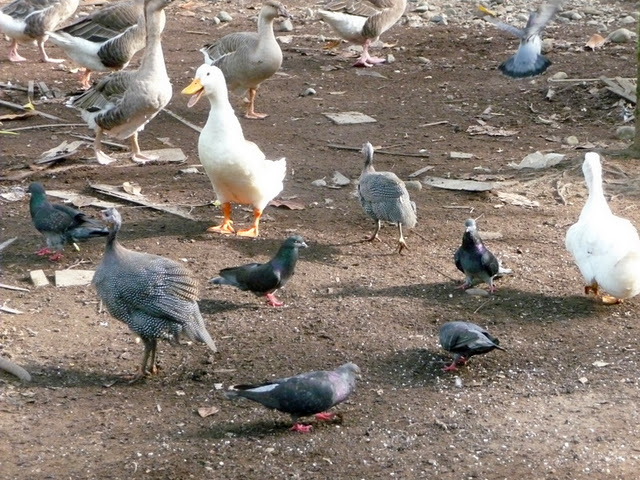 
About 70 percent of all antibiotics used in the United States are given to healthy farm animals.

The Obama administration is at last taking on the ever powerful farming industry-good luck!
The New York Times leader today:

Farms and Antibiotics
July 24, 2009 New York Times
"The Union of Concerned Scientists estimates that 70 percent of the antibiotics used in this country are fed to farm animals. These animals do not receive these drugs the way humans do — as discrete short-term doses. Agricultural antibiotics are a regular feed supplement intended to increase growth and lessen the chance of infection in crowded, industrial farms.

"These practices are putting both humans and animals increasingly at risk. In an environment where antibiotics are omnipresent, as they are in industrial agriculture, antibiotic-resistant strains of diseases quickly develop, reducing the effectiveness of common drugs like penicillin and tetracycline.

"Despite that danger, the Food and Drug Administration had been reluctant to restrict routine agricultural use of antibiotics. The F.D.A.’s principal deputy commissioner, Dr. Joshua Sharfstein, signaled a welcome change in direction recently, testifying on behalf of a new bill, the Preservation of Antibiotics for Medical Treatment Act. It would allow veterinarians to prescribe antibiotics to treat individual animals or prevent disease, but it would sharply restrict the routine feeding of antibiotics to farm animals — the practice most closely associated with the development of drug-resistant pathogens.

"The legislation is drawing strong opposition from the farm lobby since the restrictions would make it much harder for industrial farms to crowd thousands of animals together in confined, inhumane and unhealthy quarters. But the current practice is dangerously self-defeating: treating more and more animals with less and less effective drugs and in turn creating resistant strains of disease that persist in the soil and water. Congress should stop this now before an entire class of drugs becomes useless."
Dr Margaret Mellon of The Union of Concerned Scientists testified before the House Rules Committee in a hearing on H.R. 1549, the Preservation of Antibiotics for Medical Treatment Act (PAMTA).

According to The  of Concerned Scientists:


A New Strain of Drug-Resistant Staph Infection Found in U.S. Pigs
By Maryn McKenna
“A strain of drug-resistant staph identified in pigs in the Netherlands five years ago, which accounts for nearly one third of all staph in humans there, has been found in the U.S. for the first time, according to a new study.
“Seventy percent of 209 pigs and nine of 14 workers on seven linked farms in  and were found to be carrying the ST398 strain of methicillin-resistant Staphylococcus aureus(MRSA).
……..“The strain has spread so rapidly since then that it now accounts for 30 percent of the staph isolates now sent to the Netherlands's national laboratory, compared with 1 percent in 2000, and has started to spread within hospitals. The risk of acquiring ST398 is highest among pig farmers, says Jan Kluytmans, a professor of microbiology and infection control at the Vrije University Amsterdam, who found that 32 percent of patients in one hospital in a pig-farming community were exposed to livestock that carry the bug.”
First appeared: July 24, 2009