There is much co-operation and collaboration in nature: 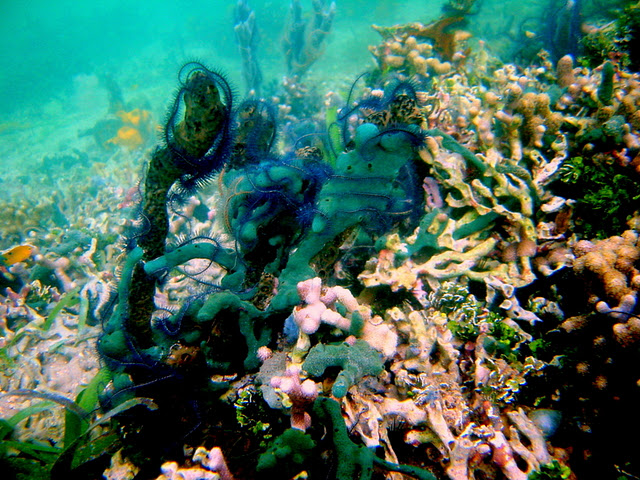 One fellow blogger ( Dr No) wrote asking how the NHS could be modeled on Mayo. That got me thinking.

It is of course always easier to criticise and my goodness we bloggers have and for good reasons. We loved the principles of our NHS.

My fellow blogger was right, sooner or later we have to come up with an alternative model.

I will quote from my letter back to him:

My view after studying Mayo and also Kaiser Permanente is that these two organisations avoided some of the major pitfalls that have gradually eroded a once great health care provider in the world: The NHS.

Those amongst readers that were trained in this country may not realise that we from Hong Kong would come over to the for specialist training. It was for a long time the only way to become a consultant or senior lecturer/professor in . This was despite the weather, yes the weather!!! We indeed were very well trained. Even when we started to have our local specialist training in our teaching hospitals many would still prefer to come over here. Training here gives them an edge so to speak. The  is the other obvious destination but often the ones that went over there stayed there. I stayed in  for the rich culture this country have: opera, concerts, theatres and museum. Major hospitals here are world famous and they were truly the crown jewels. Foundation Trust approach is seen by many as selling off such treasures.

There were principles of the Mayo Model that was the NHS model of old.

An Egalitarian Culture.
Similar to Mayo, in the NHS, consultant pay peaked after a few years and then there was only the Distinction Awards (or equivalent) to look forward to. If we ignore private income for now, all disciplines are paid the same and it allows for a fairly nice and attractive prospect for new doctors to enter whichever specialty. Currently some specialty such as psychiatry is struggling and chances are private providers will be the norm. I hate to think that it will be the repeat of OOH service with poorly qualified doctors providing inferior care. There may be regulators but what good are they after the event.

In health care, death is irreversible.

No doubt the pay at Mayo is much better but not to the level of others in  or . Interestingly in many doctors want to be salaried paid (more women doctors: children, holiday, insurance etc).
Internal Market:
The internal market has its advantages but the pitfalls are more than its worth. If reform is about better patient care then it is definitely the wrong way as it encourages distortion of good and efficient healthcare.

Mayo did well without it and we could as well. In fact we used to. Such a perverse system has caused a rift between primary and secondary care and is not helpful.

Many argued that it was there to pave the way for partial privatisation. I cannot honestly provide any counter argument. Why waste so much effort for so little return.

The only other possibility is that it is a covert form of rationing and soon not so covert but it would be done by your trusted family doctors, the GPs. It is the shifting of blame.

It has also been argued by those that promote privately controlled consortia that GPs stand to make lots of money. This could be directly from the total health budget or through some financial wizardry on the Stock Market. Remember Four Seasons, Qatar and RBS (our money) buy back?

The Royal Bank of , the biggest debt provider in a lending syndicate of more than 100, has agreed along with other senior lenders to cut the debts of the embattled Four Seasons by more than 50pc to £780m.

That is why many GPs in the consortia have links with private providers.

So primary care tried to save money and secondary care, for survival tried to extract as much as they could. Patients lose out in the process. It also encourages gross distortion of service at the hospital end and if allowed to continue leads to unholy “gaming” strategies.

On the other hand it is also very easy for some hospitals to fail and be gobbled up by privateers whose interest would be that of the money making specialties and not those that cannot be nicely packaged.

Patients come first:
A friend’s wife consulted me for a second opinion about her cardiac condition as her doctor husband has passed away a few years back. I am no cardiologist so I wrote to my cardiologist classmates (two in Hong Kong and one in the ) and within hours I had three very useful answers: all free. In our new NHS such consultations would have to be paid for. Sad really.

Disincentives:
Virtually all Mayo employees are salaried with no incentive payments, separating the number of patients seen or procedures performed from personal gain. That was how it was in our NHS hospitals. Payment for performance encourages gaming.

This sound perverse and is very much against the bonus culture. But remember such culture saw the collapse of the financial system and ours and a few other EU countries including .

The NHS of old was plagued by a covert two tier system that led to unjustified waiting lists and I do not have a quick answer except to say that paying a better salary is one and the other is a complete separation of private and public health. A limit of 10% if well monitored may work as well as close scrutiny of common waiting time.

My fellow blogger pointed out that we may need to keep that as a safety valve and I would agree.


Fully Integrated:
How else could we have a fully integrated system unless we do away with competition and the internal market and indeed private providers? The difficulty is that some of the private providers are already “in”. There is little doubt that in the long term we would be paying over the odds for what they provide and if not they will abandon what they do. Business is business.

Too Big: we cannot run the whole NHS as one Mayo Clinic.

I do not dispute that.

The solution is to regionalise the NHS. We did not have many Child & Adolescent Inpatient Units in the country and the two I used to run (one for children and one for adolescent) accepted referrals from three counties in the south of .
Regionalisation is therefore the way forward and there is no doubt that given our small country it is better to have major centres of excellence run on the Mayo, Cleveland and even the Kaiser model.

Like Mayo Clinic, our NHS could have a seamless health care with no artificial obstacle on referral to hospital consultants or admission or to specialised treatment.

“The best interest of the patient is the only interest to be considered.”
Mayo brothers.

This is a sincere plea to the government to look closely at what could be done. The NHS had all the ingredients in place for a world class Health Care System.


For ‘Liberating the NHS’ read ‘Dismantling the NHS’
The internal market has been a costly disaster. Let the professionals manage medicine
Mayo Clinic: Health Care is not a Commodity!!!

The NHS & Southern Cross Healthcare: The future is now!!!
The Cockroach Catcher: NHS: Circle to Serco
Posted by Am Ang Zhang at 10:38 AM