McKinsey does not make many mistakes when promoting someone to the partner level: not normally? They never make a mistake when promoting to Director level. Well, maybe not until now. 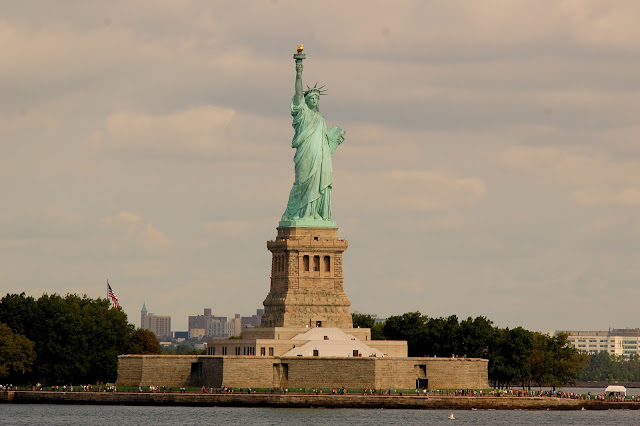 The Guardian:
The trial of billionaire hedge fund manager Raj Rajaratnam on securities fraud charges was being watched closely both in the United States and abroad – and not just because prosecutors went after one of the top hedge fund managers in the world, but because it represented the potential for a new wave of prosecutions aimed at curtailing what many believe is a widespread practice of trading on insider information through a secret network of well-placed sources. Now that prosecutors gained convictions on all counts against Rajaratnam, expect more of these cases to come.

Raj Rajaratnam, the hedge fund billionaire at the center of one of the largest insider trading cases in history, was sentenced Thursday to 11 years in prison.

It was the longest prison term ever for insider trading, according to the Justice Department, and was the culmination of a years-long federal probe of cheating in the stock market.

According to the government, Rajaratnam gathered inside information about pending corporate deals and earnings announcements from an array of tipsters, including a Goldman Sachs board member, a senior partner at the consulting firm McKinsey & Co. and an insider at the Moody’s credit rating agency.
To pay for inside information, Rajaratnam wired money to offshore accounts in phony names, the government said. He lied under oath when called in for questioning by the Securities and Exchange Commission, told others to use prepaid cellphones and created false e-mails as cover stories to disguise the basis for his trades, the government said.
The Justice Department had urged the court to sentence Rajaratnam to at least 19 years and seven months and as much as 24 years and five months. Such a term was warranted to “provide just and fair punishment for perhaps the worst insider trading offender” caught to date “and deter others,” the Justice Department wrote.
Crouching Tiger, Hidden Raj

Under  law, you don’t have to prove that money a person gave to an entity that funded terrorism was actually spent on bombs and bullets: it’s enough to show that the recipient body did in fact use some of its funds for terrorist purposes. The suit, which was filed in federal court in , has already cleared its initial legal hurdles, with the court accepting jurisdiction and upholding it as a claim for crimes against humanity. The suit is asking for damages of an unspecified amount. Rajaratnam will almost certainly go to prison as a result of his conviction in the Galleon case. If he ever gets out of jail, he may not still be so rich.

The New York Times:
Mr. Kumar earned several million dollars a year as a senior executive at McKinsey. He had a gruelling work schedule, travelling some 30,000 miles a month, consulting for corporate clients across the globe.

Underpaid
In 2003, Mr. Rajaratnam, who was fast on his way to becoming a billionaire, told his business school classmate that he was underpaid.

“You work hard, travel a lot; people made fortunes while you were away and you deserve more,” he said he was told by Mr. Rajaratnam.

Mr. Kumar would later depict himself as a reluctant felon, initially rejecting Mr. Rajaratnam’s offer. But after they devised an elaborate scheme to hide the payments — opening a Swiss bank account and then transferring funds from it into a Galleon account in the name of Mr. Kumar’s housekeeper — he began moonlighting as a private consultant to Mr. Rajaratnam.

Mr. Kumar pleaded guilty to providing inside information to Mr. Rajaratnam in exchange for cash payments of at least $1.75 million from 2004 through 2009.

Remember Railtrack
In the late 1990s Mr Corbett commissioned McKinsey to devise a blueprint for the company. The central recommendation that came out was that Railtrack should "sweat" its assets. This meant replacing its cyclical system of rail maintenance with a programme where infrastructure was mended on an as-and-when basis. "The theme was very much that we should get the most out of the assets before we renewed them," says a Railtrack insider.
The Independent: The might of the McKinsey mob

Network Rail: Potters Bar
Judge Bright and some of the bereaved families highlighted the fact that, as NR is a not-for-dividend company with no shareholders, any fine for NR would have to be paid from what the judge said was "an income which is substantially derived from public funds".

Perdita Kark, the daughter of Austen Kark, one of the passengers who died in the crash: said: "It's offensive that I pay a fine for something that killed my father."

Train drivers' union Aslef said it was "ludicrous that managers responsible for rail safety walked away unscathed while the public picks up a £3 million bill".

NR said it accepted the fine "as we accept the liabilities inherited from Railtrack".


NR's predecessor Railtrack was the infrastructure company in charge at the time of the crash but NR has shouldered the responsibility.

And now: The NHS.

David Bennett is now Chairman of Monitor and he was a Director at McKinsey & Co. In his 18 years with McKinsey he served a wide range of companies in most industry sectors, but with a particular focus on regulated, technology-intensive industries.

As hospitals face fines by Monitor and even closure, whose money would that be!!!

Is it worth worrying about Monitor?  Too bloody right it is!  Worry, be anxious and lose sleep.

Monitor is David 'Mad-Dog' Bennett, ex-McKinsey and, it appears, paid well on the way to £300,000 a year.  He told us in the FT and the Times it is his role in life to 'dismember' the NHS.  Damage to clinical linkages aside, I'm not sure anyone actually voted for NHS dismemberment?

In my view David Bennet is clumsy, ham-fisted and a klutz.  Whitehall insiders tell me his 'dismembering' remarks did not go down well, particularly whilst the La-lettes were trying to calm everyone down.

Well, he's done it again.  With all the sensitivity of Colonel Gaddafi turning up at the Royal Wedding, Mad-Dog-Monitor is now saying the NHS will have to find savings of nearer 7% and not the 4% ordered by Big-Beast Nicholson.

“It is not Greeks that could destroy the NHS, but if Monitor, the new economic regulator, is filled with competition economists with a zeal for imposing competition at every opportunity, then the NHS could be changed beyond recognition.

It is no use "liberating" the NHS from top down political control only to shackle it to an unelected economic regulator.”


Thank you to the Nurses, who savaged Andrew Lansley's proposals at their conference. To Colin Leys and Stewart Player for their book "the Plot against the NHS". To Allyson Pollock for all her work in exposing the marketisation of the NHS. To the bloggers (especially Jon Tomlinson at a betternhsblog, richard blogger at conservative policies dissected, Dr Grumble at Dr Grumble and there are others as well including Witch Doctor, Cockroach Catcher and Dr No) who have been pointing out the threats and absurdities. To Clare Gerada at the RCGP for a timely and vital critique.