As real life now immitates opera in more ways than one with nothing less than Wagner to match the scale of the deceit and wickedness. I will now reprint from a prvious post that has been popular:
The Ring: Child Psychiatry & Human Behaviour 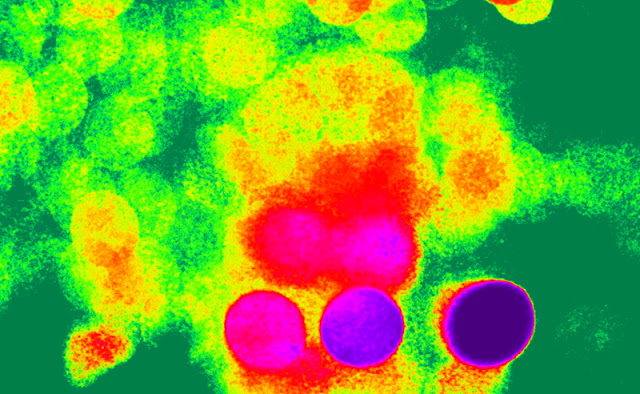 The Ring of the Nibelung and The Ten Commandments
By Alan Wagner 01 Apr 2004
Alan Wagner delves into the moral and spiritual core of Richard Wagner's colossal masterwork.
Little in art created by a single mind compares to the sheer size and scope of Richard Wagner's Der Ring des Nibelungen. Only a genius with a hint of madness could have conceived anything this colossal, let alone willed it into completion over twenty-six years of gestation and creation.

Furthermore, its 18 hours comprising a single music-drama have gripped every generation since its 1876 premiere with incredible power, unleashing a torrent of commentary. In order to so possess both artist and audiences, Wagner's Ring clearly must be more than a simple sword-and-sorcery epic about giants, dwarfs, gods, and heroes.

And it is. Within that immense journey from the dawn of consciousness to the obliteration of an entire cosmic order there is a compelling moral core. However, even though the composer and his audience were unavoidably enmeshed within a Christian European milieu, it is far from your mama's Sunday-school lesson, a long way from the Ten Commandments, those pillars of Western ethics.

Wagner's philosophical convictions underwent similarly significant refashioning. When he began the Ring, he was influenced by Ludwig Feuerbach, whose principal tenet, explicated in The Essence of Christianity, was that man created God, not the other way around. Religion merely reveals truths about mankind's needs, and its most meaningful revelation is that God is love. Therefore, the pathway to salvation, personal and societal, is love.
In early drafts of the Ring, the liaison between Siegfried and Brünnhilde brought about a triumphant ending for Wotan's sovereignty. However, by 1854, when Wagner first read the masterpiece that impacted his thinking ever after,  Arthur Schopenhauer's The World as Will and Representation, he was already disillusioned about the perfectibility of either mankind or civilization. The Buddhist-like pessimism of Schopenhauer set the seal for Wagner, and he slid the metaphysical centre of the Ring from Siegfried's death to where, as he wrote to his friend August Röckel, "Wotan rises to the tragic height of willing his own destruction."

I will try and look at it from the Child Psychiatrist’s perspective.
The dark side of the gods: (it is sometimes easier if one take GODS in the Ring to mean those in POWER. For the characters read here.) In fact, the gods need not work at all, the Nibelungs work almost all the time.

Disrespectful Wotan is hardly revered unanimously, and even he acknowledges higher authorities. Erda knows things he doesn't; his almost bureaucratic dominance derives solely from treaties engraved in runes on his spear, treaties to which he is subservient.
Born liars
Characters lie as it suits them. Events are initiated by Wotan's spurious promise to the Giants to pay them by giving them Freia in exchange for building Valhalla, a promise he knows he cannot keep, as she is the indispensable symbol of love whose golden apples keep the gods alive. His shady ally, Loge, is defined as a double-dealing trickster. Brünnhilde breaks her promise to her father to allow Siegmund to be killed in combat. Mime makes dissembling a veritable life's work, ably carried forward by his nephew, Hagen, in Götterdämmerung.

Contemptuous
Brünnhilde disobeys Wotan, and his grandson Siegfried destroys his power. Mime, who raises Siegfried from infancy and even makes him toys, is treated with disturbingly cruel contempt by the bumptious hero. Hagen, whom Alberich sired via gold-empowered lust as a tool to retrieve the Ring for him, mutters that if he succeeds he will keep it, not hand it over to his Nibelung father.

Thieving & Misappropriation
……. misappropriation, of persons or of things, provides much of the plot machinery. First, Alberich plunders the Rhinegold, and afterward, theft of others' possessions, including the Ring, motivates action upon action.
Incest and other illicit sex
The teasing of Alberich by the Rhinemaidens which leads to his abjuring love--love, not lust. The definitive heroine, Brünnhilde, and her Valkyrie sisters are the offspring of an adulterous liaison between Wotan and Erda; Wotan also illegitimately fathers theWälsung twins by a mortal. Sieglinde's infidelity is excoriated by marriage-goddess Fricka, as is her violation with Siegmund of an even more basic taboo, incest. But Wotan defends the twins ("…those two are in love") and, like most audience members moved by the ardent love music, views both transgressions kindly.
Homicidal
Fafner kills his brother Fasolt, the first victim of Alberich's curse, and we are off to the homicide races. Hunding slays Siegmund, only to be destroyed by Wotan's contempt. Siegfried kills Fafner, the Giant-turned-dragon, and then, after realizing that Mime is trying to poison him, kills him as well. By the time the gods' destiny climaxes, Hagen has murdered both Siegfried and Gunther and is himself drowned by the Rhinemaidens. Eventually Brünnhilde sets Valhalla ablaze as part of her self-immolation upon Siegfried's funeral pyre ("Thus do I hurl the torch into Valhalla's proud-standing stronghold") and all the gods die.
Greed, greed, greed! Finally, "coveting that which is your neighbor's" is pretty much the whole raison d'être for the Ring story, starting with Alberich's desire for the Rhinemaidens, then for the gold they guard. Thereafter everybody seems to want what doesn't belong to him or her: the Ring, a sword, a treasure, someone else's wife, sheer power.
Yet in spite of Wagner's wholesale abandonment of the Decalogue, the bastion of Western morality, Der Ring des Nibelungen generates explosive ethical and metaphysical impact. He started with the absorption, fusion and reinvention of myriad legendary sources, and layered Schopenhauer's philosophy upon Feuerbach's. In Art and Climate Wagner wrote, "there is no true freedom except that which is common to all mankind... The redeemer is therefore love… starting with sexual love, [it] strides forward through love of children, brothers and friends, to universal love of humanity." The emphasis is his. Yet, some years later he wrote to Mathilde Wesendonck, "I can conceive of only one salvation. It is Rest! ...The stilling of every desire!"

Wagner once wrote to Röckel, "I have come now to realize how much there is, owing to the whole weight of my poetic aim, that only becomes clear through the music." He later described the discontinuity between his "rationally formed ideas" and "the exquisite unconsciousness of artistic creation… guided by wholly different, infinitely more profound intuition."

Music alone would now convey the message. The last moments of Der Ring des Nibelungen are given entirely to the orchestra: there is too much weight for words. Something greater than the story, richer than all the sources, probably better than Wagner himself knew, is brought to a healing close with a tender statement of a motif heard only once before in the Ring, when Sieglinde learns she is bearing her child of love, Siegfried. It is the motif of Redemption Through Love.

How wonderful it is to wait this long for the protein to be activated.
In the end, Wagner fashioned a masterwork of such extraordinary strength that it transcends analyses, personalities, philosophers, his own prejudices, and even his total disregard for Judeo-Christian society's standards of ethical behaviour.
Out of the highest art came a truth beyond even his explanation.

"Sunday’s audience, which had grumbled and tittered its way through the performance, was stunned into silence. Suddenly, Lohengrin had become a more troubling, more ambivalent work than we all imagined it to be. In place of utopias, it spoke of false dreams, taboos, uncertainty. The rats’ herd-like belief in a better life had been smashed, just as Lohengrin’s quest for unconditional love had failed. No wonder Wagner called Lohengrin his saddest opera."
Prelude Lohengrin

Email ThisBlogThis!Share to TwitterShare to FacebookShare to Pinterest
Labels: Wagner