Vacation in the Evergreen State

From The Cockroach Catcher:

“……I know how lucky I was to have the opportunity at an early age to be exposed to a world still very much in its raw state. It set up for me a life long interest in living things and the environment in which we live……”
Perhaps it would not surprise anyone that whenever we can, we try to get as close as possible to this kind of world on vacation. Yet we have to be realistic. Much of nature has to be managed as men have now “invaded” every possible corner of the earth. There is management and there is management. A sound scientific knowledge is required not only of the people who manage but also of the public, who must be informed and be able to assess the way nature is being managed.
One thing we cannot manage is the weather.
We left one April morning when it snowed heavily. We were heading to North Western United States to see the glorious apple and cherry blossoms. There we were met with more snow, and some lakes were still frozen.


©2008 Am Ang Zhang
Earlier in the year there was record snowfall in the area. In February in a short two-week period there was nearly 15 feet of snow, a record for 30 years. The late frost after the fruit trees blossomed could mean a ten percent drop in fruit production this year.
All kinds of gadgets were installed to minimise damage by such late frosts including powerful fans. Temperatures in late April could still be as low as 20°, Fahrenheit. 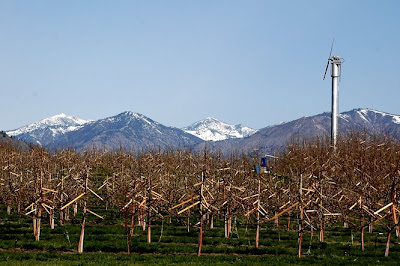 Special Fan installed in orchard to minimize frost damage
©2008 Am Ang Zhang
The blossoms were beautiful, especially against the backdrop of the snow clad North Cascades. 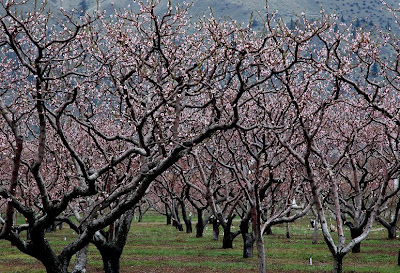 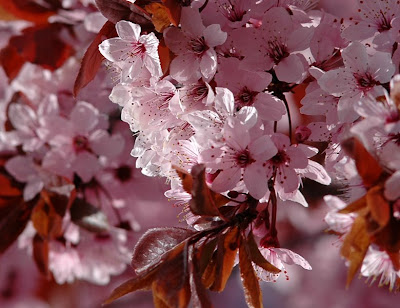 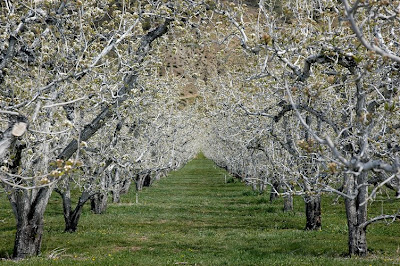 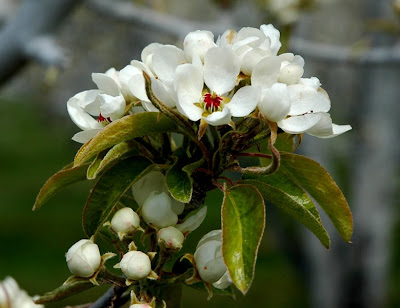 ©2008 Am Ang Zhang
Then there is fishing.
That too has to be heavily managed. The rule book is huge and there are detailed regulations on what can and cannot be done. There are some lakes that are opened throughout the whole year and then there are those that only open on the last Saturday of April. 500,000 or so fishermen were expected on that first day alone at the lakes. Even at the regulation five trouts per fisherman, that would be a whopping 2.5 million trouts. (There are rare local trouts that one is not supposed to keep.) The fish went well with the local wild asparagus that was just coming into season. 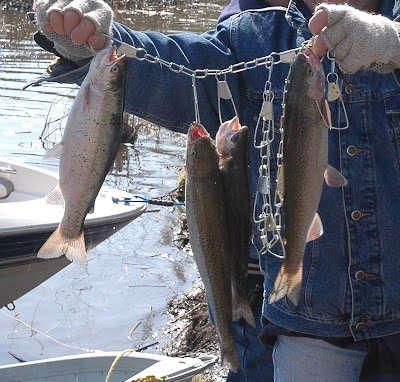 ©2008 Am Ang Zhang
I then read an article in the local paper on how struggled since 1990 to bring back the native cutthroat trout population. I well remember our first visit there in the early eighties when it was the tourist thing to hire a boat and rods and go fishing for cutthroats on . Even a novice like me caught one legal sized fish.
Posted by Am Ang Zhang at 12:01 AM