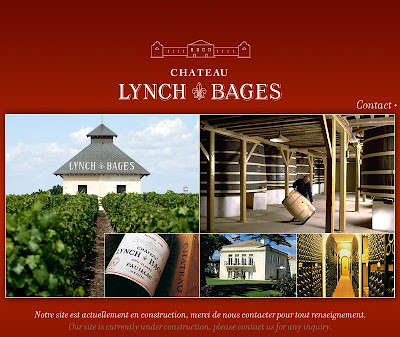 The 2005 Ch. Lynch Bages is now commanding a very high price for good reasons. There are rumours that 2005 may well be one of the best vintages in recent times for that part of the world.


Good French Wine is still the favourite of the Cockroach Catcher and his family.

There is a need to find some good value wines.

Global warming may indeed be offering some help here.

I do not propose to argue if humans are the only culprit in causing climate change. It is now common knowledge that most governments have a vested interest and will promote a theory that will let them collect more money, or one that will avoid them large expenditures.

Science in the modern era no longer comes under the control of the Church, not in the way it was in Galileo’s days anyway. Unfortunately money is the new religion and many have questioned the claims by scientists working in the field of climate change.

From the little I know, sun activity is still the dominant influence of planet temperature. Pluto, despite moving away from the sun, has been noted to be warming. The major contribution by humans is in fact nuclear bomb testing. Earth’s own natural contribution is of course volcanic activities.

Before we become the next Dinosaur on the road to extinction, we may be in for a treat as far as wine is concerned.

This time back to France.

As we all know, many other countries produce good wine and France has suffered in recent years from the weather, high labour cost and reluctance to move with the times. They can do with some help as far as weather is concerned. I am all for it, as their good wines can still be very good in the good years. The microclimate and the soil (terroir in wine terminology) can work magically to give us the complexity that many new world wines never come close.

There is little doubt that the hot years give Bordeaux their best vintages. What ultimately determines yield and quality is of course not just high summer temperature, but a combination of factors such as late spring frost and how dry it is in the days leading up to vintage time. Burgundy is a different story as Pinot Noir needs to struggle with the weather to develop that beautiful bouquet.

Sheer sunshine is simply not enough.

As for Alsace and Rhone, we really do not want the alcohol content to go any higher, 15% or above is just too much alcohol for one to savour the subtlety of the marvelous grape varieties of those regions. Some wines are reaching 16% now!

So global warming will at least give us some good wines although there are some who is predicting that temperature is going to be lower in 2008 thus signally the start of our planet’s cooling cycle.

The great find in recent times is from the eastern edge of Bordeaux: Château d'Aiguilhe. 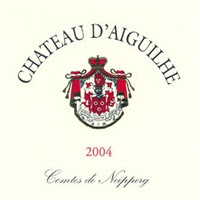 Their main wine will require at least an hour of breathing and is at its peak after three hours. This is probably due to the tannin's properties.

"This powerful wine reflects its terroir with intensity and panache. Vigorous and fruity, it is a favourite of people who love wines of character."

The great value is their second wine: Seigneurs d'Aiguilhe 2005.

It is so full of character that you will need to forget the price you are being charged. It has a fine nose, very soft but assertive tannin and has the lingering finish of a more expensive wine without the need to wait for years for it to open up: just the right thing to do with second wines. You simply can taste the care that is put into the wine making process and a reminder of what the First Wine is about. The clay-limestone soil, 30 year old vines and the weather of 2005 all helped.
It has a nicer price tag too! Check it out.
Posted by Am Ang Zhang at 10:13 AM

Burgundy and Bordeaux wines are overrated and certainly overpriced these last couple of years. Try some Rhone, Perigeux even Languedoc or Rousillon wines. They have improved immensely because they were less reluctant to move with the times.
Regards Dr Shock

I have a small favourite in Gaillac, which appears to be impossible to obtain in this country. I tried the website of Labastide de Levis, but could get only information about the wine.

Try further south for Jurançon from the Pyrenees. Serve it well chilled so that the flavour explodes in the mouth. It was mentioned in my blog on goose. This is fast becoming a foodie blog. Great.

Wow! thanks to both. I have never tried Jurancon to my shame.

Had some from the region last night. Also a friend moved there from England so will have a chance to sample more. The idea is still to find bargains in the Bordeaux and Bourgogne regions but it is getting more and more difficult. Languedoc represent great value especially in a restaurant!