Dr Crippen alerted us to the wonderful story in The Telegraph

A man and his Black & Decker

"I believe the delay was due to medical technology. CT scanners, MRI scanners and helicopters. That sounds counter intuitive, but think about it. These days, and particularly in the medico-legal climate prevalent in North America, it would be a brave doctor indeed who did not wait for the CT scan before drilling the burr holes. It would be a career making or career breaking decision. Few American doctors are brave. Defensive medicine is the order of the day. You cannot have a migraine in the USA without someone ordering an MRI scan."

Compare Natasha Richardson's story with this: 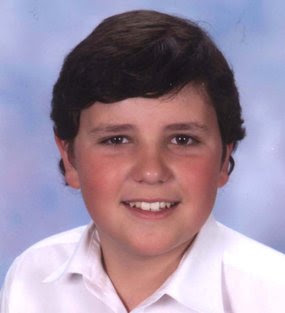 "Nicholas Rossi, 13, fell off his bike in the small rural town of Maryborough in Victoria and hit his head. He was not wearing a helmet, and the impact knocked him momentarily unconscious. He recovered enough to go home, but complained to his mother Karen, a trained nurse, of a bad headache. Mrs Rossi took her son to district hospital where Dr Rob Carson, a local GP, was on duty, his family told The Australian newspaper. The boy was kept under observation, but one hour later, he started drifting in and out of consciousness. Dr Carson recognised the problem as internal bleeding in the skull and noticed that one of Nicholas's pupils was larger than the other, another sign of bleeding that was placing pressure on the brain. The injury was the same that recently led to the death of actress Natasha Richardson after a skiing accident. Dr Carson believed Nicholas had torn an artery just above his ear between his skull and his brain, creating a large and life-threatening blood clot. In scenes reminiscent of a television medical drama.

"Dr Carson realised he had minutes to save the boy's life and there was no time to transfer his patient to a hospital with a dedicated brain surgery unit. Instead, he telephoned Dr David Wallace, a neurosurgeon 105 miles away in Melbourne, to help talk him through the operation - which he had never attempted before.But there was one problem. The hospital was not equipped with a surgical drill. Instead, Dr Carson had to use the next best thing - a household drill found in the hospital's maintenance cupboard. He disinfected the drill and, under Dr Wallace's guidance, used it to bore into Nicholas's skull to release the blood clot."

The story has been picked up now by the main stream media across the world: BBC ABC.

Let us remind ourselves:

There are three medical procedures that can be dramatically live-saving.
1. Relieving a tension pneumothorax
2. Performing a tracheotomy
3. Drilling burr holes into a skull.

Looks like House M. D. is back. This time in Australia! Is that why so many doctors are migrating to there? It is a good day for doctors anywhere.

Links:
A man and his Black & Decker
Others:
A simple bump on the head can kill you
Natasha Richardson’s Brain Injury
The wussification of the American medical profession
Related:
House M.D. : 95% vs 5%
House M.D.: Modern Tyranny
Posted by Am Ang Zhang at 6:12 AM