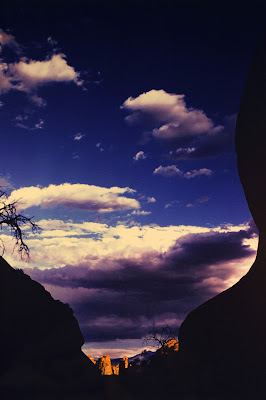 Kodak stopped the production of Kodachrome® in 2009 and the last roll will be processed today in Kansas.

To many photographers, it remained the best colour film ever made. Even the best modern digital cameras cannot produce the same colour and saturation until you use Photoshop to process it. The quality of the slides may be related to the complex process of adding the dye during processing and for a long time only Kodak could process it.


The 25 ASA film remained my favourite.


The New York Times PARSONS, Kan. — An unlikely pilgrimage is under way to Dwayne’s Photo, a small family business that has through luck and persistence become the last processor in the world of Kodachrome, the first successful color film and still the most beloved.

That celebrated 75-year run from mainstream to niche photography is scheduled to come to an end on Thursday when the last processing machine is shut down here to be sold for scrap.

In the last weeks, dozens of visitors and thousands of overnight packages have raced here, transforming this small prairie-bound city not far from the Oklahoma border for a brief time into a centre of nostalgia for the days when photographs appeared not in the sterile frame of a computer screen or in a pack of flimsy prints from the local drugstore but in the warm glow of a projector pulling an image from a carousel of vivid slides.

In the span of minutes this week, two such visitors arrived. The first was a railroad worker who had driven from Arkansas to pick up 1,580 rolls of film that he had just paid $15,798 to develop. The second was an artist who had driven directly here after flying from London to Wichita, Kan., on her first trip to the United States to turn in three rolls of film and shoot five more before the processing deadline.

…… Among the recent visitors was Steve McCurry, a photographer whose work has appeared for decades in National Geographic including his well-known cover portrait, shot in Kodachrome, of a Afghan girl that highlights what he describes as the “sublime quality” of the film. When Kodak stopped producing the film last year, the company gave him the last roll, which he hand-delivered to Parsons. “I wasn’t going to take any chances,” he explained.

At the peak, there were about 25 labs worldwide that processed Kodachrome, but the last Kodak-run facility in the United States closed several years ago, then the one in Japan and then the one in Switzerland. Since then, all that was left has been Dwayne’s Photo. Last year, Kodak stopped producing the chemicals needed to develop the film, providing the business with enough to continue processing through the end of 2010. And last week, right on schedule, the lab opened up the last canister of blue dye.

The last Kodachrome picture: Steve McCurry’s Blog
"Imagine leaving digital images in a hard drive and coming back 40 years later. Would anybody be able to read that data? That's the great thing about film. It's a self-contained object. You hold the picture up to the light and there it is."                          Steve McCurry: National Geographic 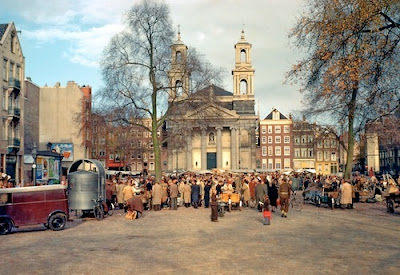 Paul Simon: Kodachrome.
"When I think back on all the crap I learned in high school, it's a wonder I can think at all."

CC, may the coming year be as bright and as happy as the photos you take! ... all the best