I have always maintained that Andrew Lansley is very smart & I might be right: some very smart moves from the listening exercise to the House of Lords. But could he face his grand children?

I have stated this before about the future of the NHS:

“There are two futures,
the future of desire and the future of fate,
and man's reason
has never learnt to separate them.”

Scenario 1: Grandpa, why didn’t you save the NHS when you were Prime Minister?

But, why, we had enough money; you do not need the money like some third world leader?

But why did you let the private firms get in. All the papers and bloggers were warning you?

I know you did buy the hospitals back, but at what cost.

Hindsight? It is not hindsight, everybody was saying it.

Scenario 2: Grandpa, you were great. You listen to your own advisers from King’s Fund, and the bloggers and you stopped privateers taking over any health care.

No, the privateers only want to sell the land, float the hospitals and make money and leave. Many are not from here.

We had enough money and you do not need a job from them when you are not Prime Minister. 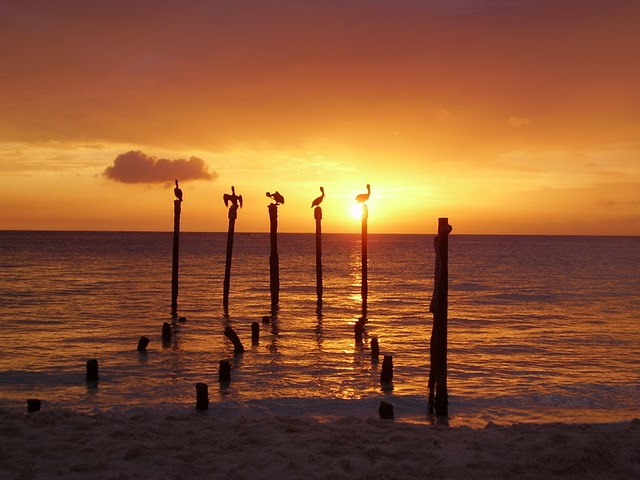 Looks like one of the FUTURES has just started: the sale not the buy back yet!

4) Cambridgeshire Community Services provides services on the hospital site including 25 children’s beds and 12 special care baby unit cots*.
5) There are also two wards for patients with mental health needs, run by Cambridgeshire & Peterborough NHS Foundation Trust*, and Addenbrookes runs a dialysis unit from this site*
*The services marked with an asterix will not become part of the operating franchise agreement detailed on the East of England website.


Circle will have the power to hire and fire staff, and change operating procedures as long as the hospital meets NHS standards. The move opens the way for other financially failing hospitals to be run by private firms. Around 20 are thought to be candidates for a takeover.


Circle
-(Dow Jones)- Circle Holdings PLC, an employee co-owned healthcare provider, said Wednesday it plans to float on AIM June 9.
MAIN FACTS:
-Circle is 50.1% owned by the Company and 49.9% owned by the Circle Partnership which is 100% beneficially owned by Circle's clinicians and employees.
-Circle's objective is to redefine secondary healthcare delivery in the .
Guardian:

Circle’s CEO, ex-Goldman Sachs banker Ali Parsadoust set out his view that the NHS is “an unsustainable industry” that costs too much to run. “In his view,  has world class retailers, telecoms and financial services firms, as these sectors have been opened to competition over the past few decades,”

Retailer:
The collapse of national retailer Focus DIY has sparked a fresh wave of attacks on private equity firms as details emerged of a decade of deal-making and financial engineering in which buyout specialists shared payouts of nearly £1bn.

An analysis by the Observer has found that one private equity firm, Duke Street Capital, which made an initial investment of £68m in 1998, took £700m out of Focus after presiding over a series of capital and debt restructurings that turned the small Midlands-based chain into a DIY giant with sales of £1.5bn. Apax, its investment partner, which put in £120m, pocketed £183m when the Wickes chain was carved out in a £950m deal that ultimately left the remnants of the chain struggling.

BT’s pension trustees are going to court to find out if there really is a crown guarantee covering a large portion of the company’s £40 billion pension fund.
They’re asking: if the company goes bust, will the government (and the RBS-owning U.K. taxpayer knows what that means) step in to plug any gap in funding for the thousands of pensioners who were in the scheme in 1984 when Margaret Thatcher was waving her privatization wand.

Financial Services Firm:
Goldman Sachs:
Goldman Sachs has been fined £17.5 million by the FSA for not letting it know that Fabrice Tourre, a trader who moved to from  in 2008, was being investigated by the U.S. Securities and Exchange Commission.
Goldman is a bad, bad boy. But if you think the firm is the only to be blamed in this game, think again.
On the Goldman side, what else can we expect from the firm that has already admitted making a bigger mistake in the same case? To refresh the memory, the firm agreed to pay $500 million in July to settle SEC civil charges that it duped clients by selling mortgage securities that were secretly designed by a hedge-fund firm to cash in on the housing market’s collapse. The firm didn’t admit to, or deny the charges, but it acknowledged it made a “mistake” by not disclosing to investors the role of the hedge fund, Paulson & Co.

Ali Parsadoust was with Goldman Sachs.


Backed by some of the City's most powerful hedge fund tycoons and run by former Goldman Sachs vice-president Ali Parsadoust, Circle was selected in November as the first private company to run an NHS hospital. But with losses of over £27.4m, according to accounts filed at Companies House last year, Circle recently lost two lucrative contracts with the NHS worth £27m, representing more than 42% of its £63m turnover.

Caring for vulnerable older people is a statutory obligation under the 1948 National Assistance Act and is exercised on a means-tested basis through local authorities. The National Health Service and Community Care Act 1990 allowed councils to farm out care to any willing provider.
The big companies moved in, including Southern Cross, buying up small care companies or building new homes. As they grew, private equity firms started to show an interest, among them the  firm Blackstone Capital Partners. Investors, when they look at a home full of older people, see a stream of guaranteed income, most of it from local authorities and underpinned by the 1948 legal requirement to provide care. Since the elderly population is rising, investing in care looked like a one-way bet for long-term profit.
Money can be made by separating the income flows from the actual business of care and packaging them as saleable investment instruments – securitisation. Blackstone took control of Southern Cross in 2004 from another private equity firm, West Private Equity. Significantly, that year it also bought NHP (Nursing Home Properties), whose business included leasing care homes to providers (Southern Cross was its biggest tenant) and turning the resulting rental income into high-yield bonds to be sold to investors.
Blackstone floated Southern Cross on the stock market, selling up in 2007. It also sold NHP to an investment fund, Three Delta, with controversial upward-only rental agreements with Southern Cross. This has left Southern Cross with an annual rent bill of around £240m.

From one of your own advisers: Prof Chris Ham
Parliament debate: Public Bill Committee
Chris Ham"May I add something briefly? The big question is not whether GP commissioners need expert advice or patient input or other sources of information. The big problem that we have had over the past 20 years, in successive attempts to apply market principles in the NHS, has been the fundamental weakness of commissioning, whether done by managers or GPs, and whether it has been fundholding or total purchasing."

Developing integrated care in the NHS: adapting lessons from Kaiser


Cassius:
"The fault, dear Brutus, is not in our stars,

Mayo Clinic: Health Care is not a Commodity!!!
NHS-Kaiser Permanente: A Class! Seriously!

Links:  People, Patients, Privatisation, Profits and the NHS at HyperCRYPTICal
It Could Be Fatal at Bad Medicine