This was a quote from Page 280 of my book The Cockroach Catcher published in 2008: 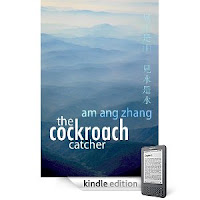 The trust between the doctor and the patient has been responsible for, as long as medicine is in existence, that mysterious force that brings about healing and often cures. That is all but gone. Now doctors have to act according to guidelines, protocols and rules, written or otherwise. Interestingly there is as yet no guideline for guideline writers. Two of the most commonly used drugs recommended by NICE for diabetes, which were taken by hundreds of thousands of mostly overweight people in the last year, were shown to cause widespread heart failure[1]. The embarrassing alarm was raised by a “maverick” doctor[2].
There is a place in medicine to continually question.  After all most drug trials only last six weeks and problems may not emerge for a good three decades.

The British drug company GlaxoSmithKline said Thursday that it had agreed to pay $3 billion to settle government civil and criminal investigations into its sales practices for numerous drugs.

The settlement would be the largest yet in a wave of federal cases against pharmaceutical companies accused of illegal marketing, surpassing the previous record of $2.3 billion paid by Pfizer in 2009. In recent years, drug companies have been prime targets of federal fraud investigations, which have recovered tens of billions of dollars for Medicaid and Medicare.

The cases against GlaxoSmithKline include illegal marketing of Avandia, a diabetes drug that was severely restricted last year after it was linked to heart risks. Federal prosecutors said the company had paid doctors and manipulated medical research to promote the drug.

It is sad that the warnings came from one of the most respected Clinics and it took so many years and so many deaths before something was done.

[1] Diabetes drugs recommended by National Institute for Health and Clinical Excellence (NICE)  were linked by scientists to heart failure.  Last year 1.8m prescriptions were written across the UK, which scientists say equates to several hundred thousand patients taking the drugs which are  recommended for use across the NHS by NICE.  But researchers today call on NICE to think again, revealing that as many as one in every 50 patients taking the drugs Avandia (rosiglitazone) and Actos (pioglitazone) over a period of 26 months will have to be hospitalised for heart failure.
http://business.guardian.co.uk/story/0,,2136076,00.html

[2] Dr Steven E. Nissen - Drug Safety Critic Hurls Darts From the Inside
Dr. Nissen is shaking up the nation’s pharmaceutical industry.  His questioning of the safety of the Avandia diabetes medication in late May, for example, prompted a federal safety alert and led to a sales decline of about 30 percent for the drug, which brought in $3.2 billion for GlaxoSmithKline last year. Now, with a federal panel soon to decide whether it can remain on the market, Avandia’s future is uncertain.
The drug is the latest example of why Dr. Nissen, 58, whose day job is chairman of cardiovascular medicine at the Cleveland Clinic, has emerged as a Naderesque figure and the nation’s unofficial arbiter of drug safety.
http://www.nytimes.com/2007/07/22/business/22nissen.html?adxnnl=1&adxnnlx=1185550813-HvntBJ4JOPGWXK5iwVC0/A

The Cockroach Catcher: Seroxat and Ribena

The Cockroach Catcher: Diabetes & Dolphins: What If?

The Cockroach Catcher: Diabetes & Dolphins: What If?

“Zhang laments the dawning of the age of red tape in psychiatry, which is the same all over the world. The emphasis on "guidelines", also known as "evidence based medicine", and artificial restraints on access to services, have changed the landscapes of our practice. If everyone practices cookie cutter type of medicine, where will we find new thinking and new treatments?
This book is a "must read" for all professionals in the mental health field, and for all interested individuals. It is a kaleidoscope of life seen from the eyes of the therapist who genuinely cares about his patients as people. Zhang provides an in-depth understanding of the human condition.
In my view, this book gives us a glimpse into the soul of psychiatry, into holistic medicine at its best.”

In my workplace I have noticed that some residents who receive a particular widely prescribed 'drug' go on to develop Type 2 Diabetes - of course not all of them do - but more than half do. (I do wonder if the rise and rise of diabetes is linked to this drug). A small percentage receive medication for another condition along with this 'drug'and this comorbidity is recognised as predisposing patients to Type 2 Diabetes. However I cannot find research that links this 'drug' (when not taken in combination with the other) to the future development of Diabetes (although I have seen it alluded to on a blog (so someone else is wondering too)).

I do realise that the numbers (of patients) in my workplace is so small as to have perhaps any significance, yet in my humble opinion it has.

It is recognised that patients who have this condition (and are therefore receiving this 'drug') and diabetes (iatrogenic?) are then predisposed to dementia. I do wonder if it is the drugs or the conditions that increases the risk of dementia.

The Atypical or 2nd generation antipsychotics all seem to affect pancreatic/insulin profile and I have blog about this before:

Also: Diabetes & Dolphins: What If?

Not an antipsychotic CC but a widely prescribed drug for a physical condition.

As I am neither a scientist nor do I have any evidence to support my hunch, I feel it would be reckless to name the drug here. I will email.

All announcement about the price of care and the business of medication from will usually,' doctors' and patients' aspects.