It may be safer to talk about someone else! 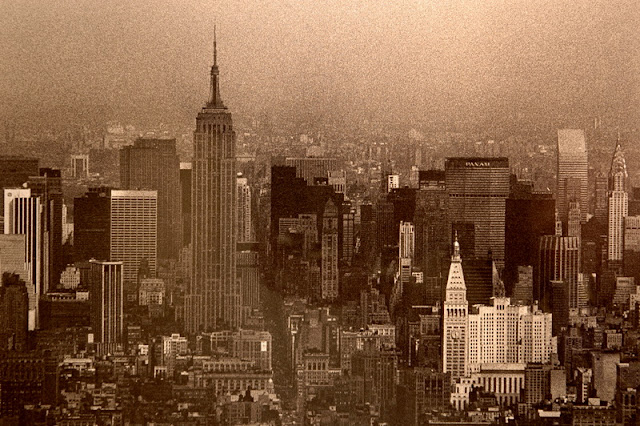 Saw this in The New York Times:

The wages of sin apparently are pretty good.
But poverty is a business that pays even better.

Charges Against Health Care Executive Raise Broader Issues
By JIM DWYER
Published: March 11, 2011
“We learned this week from a federal bribery case, of all places, that the going rate in 2008 to park a dying person in a hospital bed in Brooklyn was $772.80. That fee was enough to cover hospice care and, if the charges are true, a payoff to a state senator from Brooklyn.

“History tells us that quite a few politicians got rich by awarding contracts for the epic public works of the 19th century, and that graft gave New York City the parks, bridges and reservoirs that have defined it for the ages.

“Now, we have State Senator Carl Kruger, who, it is charged, was effectively getting rich on nasogastric tubes. Mr. Kruger has pleaded not guilty, and so has David F. Rosen, the hospital executive accused of being involved in the scheme.

“Why it is necessary to pay between $1.5 million and $2 million annually in salary to Mr. Rosen, and proportionally robust salaries to his top assistants?

“He is the chief executive of Jamaica Hospital, Flushing Hospital, Brookdale Hospital, and of MediSys, a management company that oversees hospitals. The hospitals are private, but supported heavily or entirely by public financing.

“………The question of bribes to politicians by hospital executives surfaced in 2008, with the arrest of Anthony Seminerio, a member of the Assembly from Queens who had been paid more than $400,000 by Mr. Rosen as a consultant.

“From that point on, the hospitals under Mr. Rosen hired teams of criminal defense lawyers to represent various executives and the boards. Much of that cost has been covered through director and officer insurance — bought, of course, with taxpayer money — as well as more than $1 million in fees directly paid by the hospital. In 2009, a year into the criminal investigation, the in-house counsel for the hospitals, Margo Johnson, became concerned that the interests of the hospital were not being served by a lawyer who was reporting to Mr. Rosen on the investigation. She was fired, and has since sued.”

“The Kruger case involves $1 million or so in bribes; the legal fees are several times that. The wages of sin apparently are pretty good. But poverty is a business that pays even better.”
More: Graft Charges Depict Kruger’s Lavish Lifestyle

Federal authorities announced charges Tuesday in the largest healthcare fraud scam in the nation's history, indicting a Dallas-area physician on charges that he bilked Medicare of nearly $375 million and accusing him of sending "recruiters" to scoop up patients and get them to sign for treatments he never provided.

Prosecutors said Roy and his office manager in DeSoto, Teri Sivils, who was also charged, sent healthcare "recruiters" door-to-door asking residents to sign forms that contained the doctor's electronic signature and stating that his practice had seen them professionally in their own homes.
They also dispatched "recruiters" to a homeless shelter in Dallas, paying the recruiters $50 every time they coaxed a street person to a nearby parking lot and signed him up on the bogus forms.

Even when officials suspended his Medicare license last June, they said, Roy found a way around that by shifting his business to another company.

The US Medicare and Medicaid systems are in a way very similar to what the new market style NHS will be like. Tax-payers pay for them! The much hyped saving, if there is going to be any, will be swallowed up by paying for unnecessary treatment and fraud.

Government money is the best money and that is the people’s money!

Whistleblower in Maxim case is role model for fraud detection


Email: cockroachcatcher (at) gmail (dot) com.
Posted by Am Ang Zhang at 5:21 PM