“Would you like to come and try the Davydov Stradivarius? If you like it, you can have it.”

It is not everyday that a young musician gets a call like that, and it is not often that some generous person would part with a few million pounds to give a cello to a young artist. As it happened, it was not this young cellist’s first Stradivarius, as she already had another previously given to her anonymously.

That of course was Jacqueline Du Pré. She went and played the Davydov and loved it. It became her instrument.

It is unusual nowadays to attend a concert (including the BBC Proms) with an all familiar programme. The Cockroach Catcher was happy to have been at the Royal Festival Hall on the 5th of June for the London Philharmonic Orchestra concert. This was his wife’s choice, and a relief after Lulu of the previous night.

I have in previous posts maintained that there is something “re-vitalising” listening to familiar music. La Mer and Beethoven 5th did the trick nicely helping the brain to re-generate some memory proteins.

The Elgar Cello Concerto was a totally different proposition.

One of my earlier collections of black vinyl disc is of course the Du Pré / Barbirolli recording of The Elgar Cello Concerto. 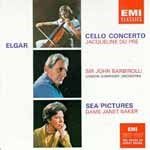 It was in the old analogue days of recordings and on the whole the engineers just made sure the system was not overburdened by the very loud passages. To this day I still prefer listening to old black vinyls.

It was a record and a piece of playing I treasure. Every time I listen, the music brings new insight into the young talent that was to be knocked down in her prime by Multiple Sclerosis.

In some way, the associated emotional memory has become a hindrance to listening to other performers, as one just feels that there is something not quite the same. The brain does not react in the same way as with other familiar pieces of music in your repertoire.

Just watch the vitality in the final bars of Du Pré’s performance of the Elgar. 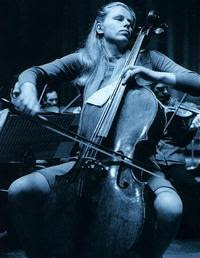 Torleif Thedeen, the cellist in the RFH programme, is not a name I know, but I was prepared to be open-minded. There was something different about his playing. I closed my eyes. Yes, it was a very gentle sort of interpretation and unfortunately at times he seemed overwhelmed by the orchestra.

No, he was no Du Pré, but perhaps I should be thankful as I am now more prepared to go to another Elgar Cello Concerto concert.

In 1971 when Du Pré complained to her doctor that her fingers were numb, she was told it was “stress”. She was on tour giving many concerts.

Then in February of 1973 she flew to New York for four performances of the Brahms Double Concerto with Pinchas Zukerman and Leonard Bernstein. At rehearsal she needed help to open her cello case and could not feel the strings with her fingers. She told Bernstein that she was unable to play.

She only managed three of the concerts and was diagnosed as suffering from Multiple Sclerosis. It was not “stress” or “nervousness”. She never gave another cello concert again.

What fate! What a blow to the musical world! Could there be some connection between the Multiple Sclerosis and Glandular Fever? Multiple Sclerosis is something with which Medicine is still struggling. Whether a cure can be found, only time will tell. In the mean time Elgar’s Cello Concerto will always bring up images of the young and vibrant Du Pré: struck down in her prime. At least I still have the black vinyl record of old.

New advances in medicine and technology are always welcome. However, new is not always better. Think Stradivarius. Think Davydov. And Elgar.

I never saw du Pre play in person, but she was a wonderful musician and an evanescent talent. The record you have of course has Janet Baker singing "Sea Pictures" by Elgar. Sea Pictures is not in the same musical league as the Concerto, and some of the poetry is doggerel, but Janet Baker is awesome, and I did see her once singing the Angel in Gerontius. That was an amazing experience.

Music can transport you to a special place, and the Elgar Concerto is for me (as an amateur 'cellist) the pinnacle, outshining any other concerto (including the Dvorak and the Walton)

It is sad that there is not enough teaching of music in schools and we only have a limited supply of musicians from the old Eastern Bloc. Just check out the names of the musicians!!!

We will have to cling on to the old records.