Some of us might have been lured into thinking that they have listened. Do we have to wait for the Lords? 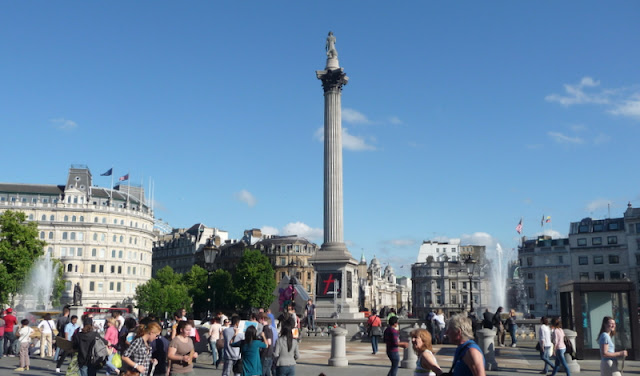 Not all of us though:

It has become very clear that on close inspection of the Government’s response to the NHS Future Forum report, the key changes that the BMA and other organisations like the RCGP have asked for have not been met:
1. That the Secretary of State should retain responsibility for ensuring provision of a comprehensive health service.
2. That Monitor’s primary role to promote competition should be removed.
3. Reducing the role of ‘Any Willing/Qualified Provider’
Thus, it is clear that the NHS will be subjected to increasing market competition and private provision and commissioning of services, which will undermine the founding principles of the NHS and drive it towards a mixed system of funding.

Assets Stripping
In addition, the work of Lucy Reynolds from the London School of Hygiene and Tropical Medicine published in the BMJ last week also described how the bill could allow private companies to strip NHS assets “leading to more a expensive system that will deliver worse quality of care”.
We therefore totally reject the repeated claims of the Coalition leaders that their reforms will deliver greater NHS efficiency and that there will be “no NHS privatisation”.

In conclusion, the simple fact is that the Government’s proposed changes to the bill are mainly cosmetic in nature. There are no ‘significant’ policy changes that will alter the general direction of travel of the reforms and we believe the proposals will actually create even more problems for the NHS by increasing the tiers of bureaucracy. It is at this point that we would remind Mr Clegg that “no bill is better than a bad bill”. He would also do well to listen to views of his fellow liberal Democrat colleague, Dr Evan Harris, who dismissed the NHS Future Forum’s paper on Choice and Competition as “cliché-ridden, trite nonsense” at the Social Liberal Forum last weekend.
READ HERE>>>
In a previous blog post I stated:
When all the talk is about trying to emulate Kaiser Permanente in the NHS reform up and down the country, my observation is that unless there is some radical rethink, the new NHS may end up as removed from Kaiser Permanente as imaginable.
Ownership and integration
Ownership and integration has undoubtedly been the hallmark of Kaiser Permanente and many observers believe that this is the main reason for its success, not so much the offering of choice to its members. Yes, members, as Kaiser Permanente is very much a Health Club, rather than an Insurer.  Also, a not so well known fact is that Kaiser Doctors are not allowed to practise outside the system.
Sacrifice choice:
It is evident that the drive to offer so called choice in the NHS, and the ensuing cross-billing, has pushed up cost.  The setting up of poor quality ISTC (Independent Sector Treatment Centres) that are hardly used is a sheer wastage of resources.  When Hospital Trusts are squeezed, true choice is no longer there.  Kaiser Permanente members in fact sacrifice choice for a better value health (and life style) programme.
Covert Rationing rather than true integration:
The push for near 80% of GP commissioning is to lure the public into thinking that they are going to be better served.  In fact this is a very clever way to limit health spending and at the same time leave the rationing to the primary care doctors in a very un-integrated system. Adding a nurse and an unrelated consultant is not the same as integrating GP and Consultant services. A truly integrated service should have equal representation from Primary & Secondary Care and no cross charging.
It is certainly not how Kaiser Permanente would run things: all integrated and no such thing as “cross charging”. In fact the doctors are not on a fee-for-service basis but like Mayo Clinic, Cleveland Clinic and Johns Hopkins Hospital, doctors are paid a salary.
A & E:

Look at major hospitals in England: Urgent Care Centres are set up and staffed by nurse practitioner, emergency nurse practitioners and GPs so that the charge by the Hospital Trusts (soon to be Foundation Trusts)  for some people who tried to attend A & E could be avoided. It is often a time wasting exercise and many patients still need to be referred to the “real” A & E thus wasting much valuable time for the critically ill patients and provided fodder for the tabloid press. And payment still had to be made. Currently it is around £77.00 a go.

But wait for this, over the New Year some of these Centres would employ off duty A & E Juniors to work there to save some money that Trusts could have charged.

Integration indeed!!!
It must be hard to believe that with the numbers of highly paid management consultants working for the government that any apparent oversight is due to cock-up rather than conspiracy. Yet reading through the Select Committee reports one begins to wonder.
Could it be that for too long, accountants dominated the NHS reforms and somehow nobody took any notice of what the doctors are saying anymore?
On the other hand, could the need to pass health care provision to private providers before anybody could raise enough objections be the reason or was it simply a means to contain cost and let the patients blame their GPs?
The Internal Market:
There is no better illustration to the wasteful exercise then in all of this internal market and cross charging during recent years and one must be forgiven for concluding that the purpose was to allow private involvement in our National Health Service.
We must be forgiven for not believing that all these AWPs are not great philanthropists and are all there not for the profit but for the common good.
So even if those politicians in power today are not planning on moving into Private Health Care soon enough, the citizens do have a right to know why. In a strange way, it is easier to understand it if it were a conspiracy.
For us, it is our money, our health and our right too.

Until, now Consultants are to be excluded from the consortia. Most are not making too much noise for a very good reason.
There just are not enough of us Consultants and the reform is really COVERT rationing by any other name.
How else could the government continue to claim that competition will improve standard and bring down cost.
Private or NHS, they are the same Surgeons, Anesthetists and  Physicians. Yes, the same consultants. Only in Private Hospitals you may get free cappuccinos.
It is so simple: Private Providers need to make a profit so there is going to be less money for patient care, not more.
Mark Porter: Chairman of the British Medical Association's consultants committee.
NHS services in some parts of  could be "destabilised" by private firms taking advantage ……….to win contracts for patients with easy-to-treat conditions. This could lead to some hospitals no longer offering a full range of services and ultimately having to close.
The worst-hit patients would include those with chronic diseases such as obesity, diabetes and heart failure, Porter added. They would have to travel longer distances for treatment.
The government is taking unnecessary risks by imposing market measures on the NHS, as competitive healthcare cannot deliver high quality treatment to everyone.
The NHS could become "a provider of last resort" for patients whose illnesses are of no interest to private firms, added Porter. Once independent providers have signed contracts with the consortiums of GPs they could deny care to patients who would be costly to treat, Porter warned.
Lord Owen:
Health is not just a commodity to be bought and sold in the market. It is not a utility in which everyone should be treated as if they are commodity managers. We must understand that and the fundamental issues which are being challenged by this Bill.

Email: cockroachcatcher (at) gmail (dot) com.
Posted by Am Ang Zhang at 8:12 PM